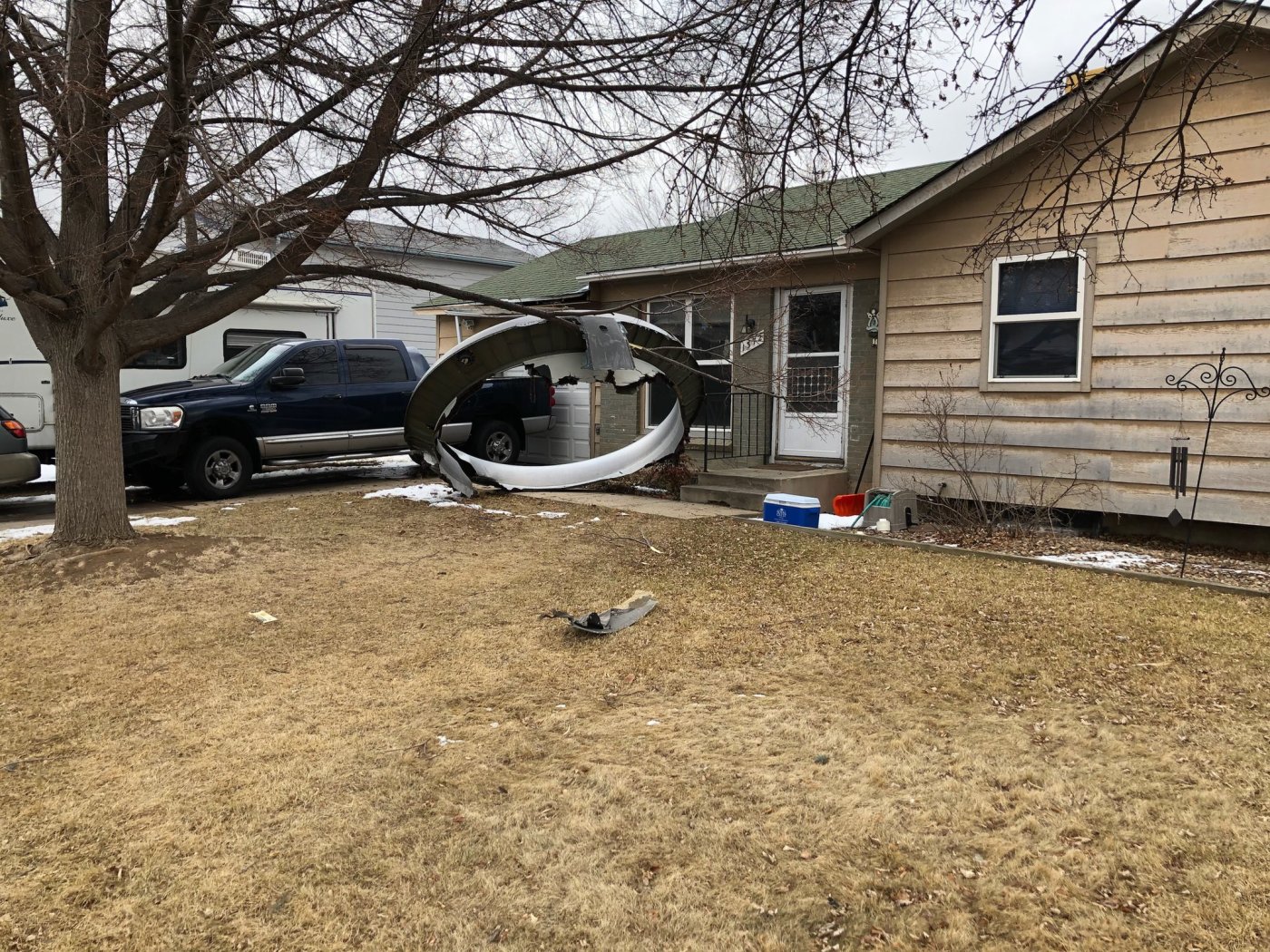 Debris from a commercial jet rained down on Broomfield on Saturday afternoon, and the distressed flight made an emergency landing at Denver International Airport.

This photo was taken near 13th and Elmwood. Media stage in Commons Park on North side near dog park. PIO eta is 30 mins. pic.twitter.com/vfXlToB5mE

Denver firefighters based at the airport responded to an “emergency landing” at about 1:35 p.m., said Capt. Greg Pixley, a fire department spokesman.

The crew of United Airlines Flight #328, which departed Denver at 12:15 p.m. bound for Honolulu, “reported an engine issue” after takeoff, said Alex Renteria, a DIA spokeswoman.

There were no immediate reports of injuries. Passengers on the plane started exiting the aircraft at DIA shortly after 2:30 p.m.