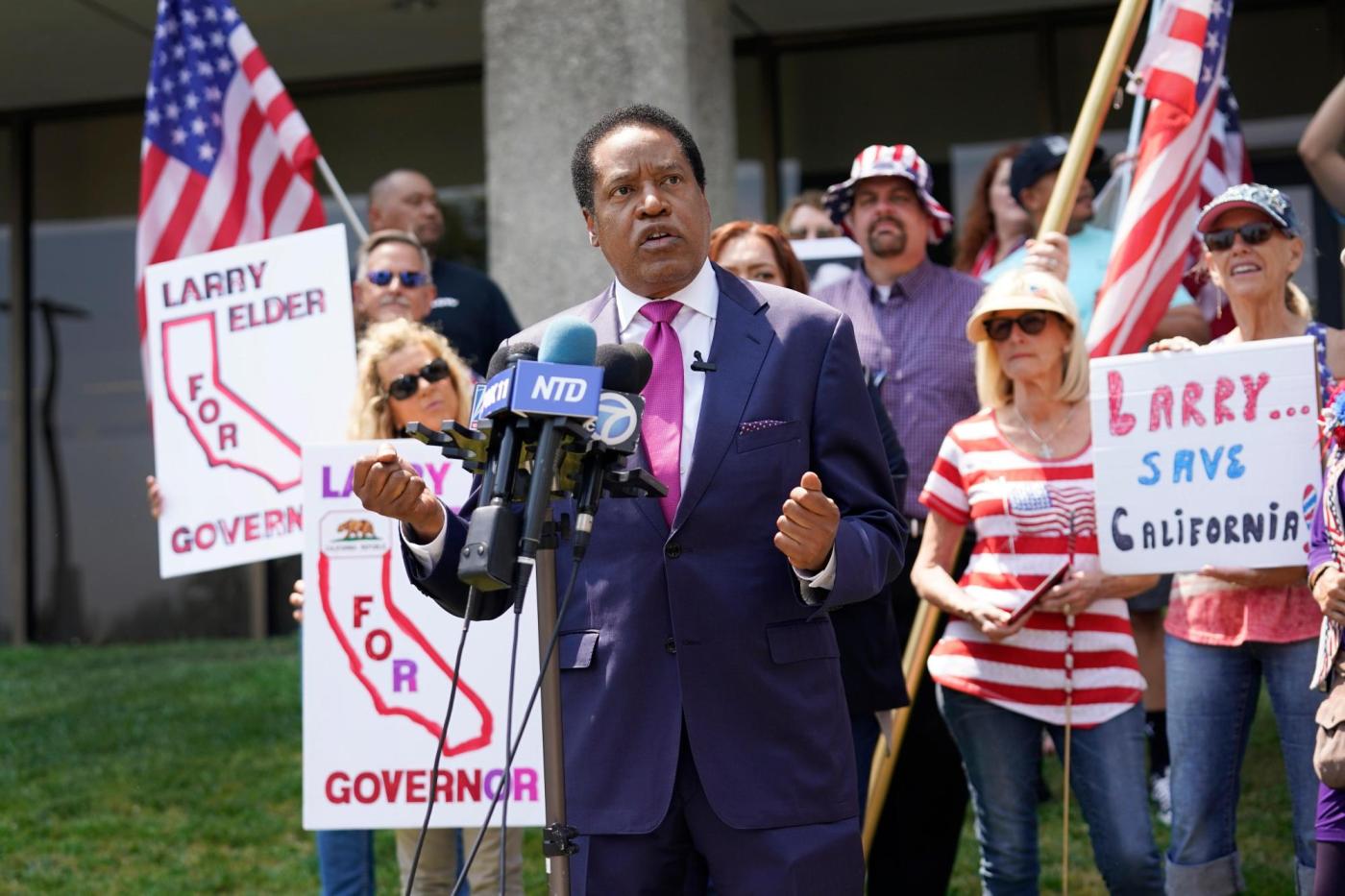 LOS ANGELES  — Conservative talk radio host Larry Elder has filed a lawsuit challenging a decision by California election officials to block him from running in the state’s Sept. 14 recall election, saying he’s the target of political “shenanigans” by Sacramento Democrats.

The Republican Elder said in a statement issued late Monday that he filed all the necessary paperwork to qualify to run in the election that could remove Democratic Gov. Gavin Newsom from office, including over 300 pages of tax returns that are required to become a candidate. But the Secretary of State’s office did not include Elder on a preliminary list of 41 candidates issued last weekend, saying he filed incomplete information on those returns connected to redaction issues.

Elder’s campaign said he filed suit Monday seeking an order from state Superior Court in Sacramento requiring Secretary of State Shirley Weber to list Elder as a candidate on the final certified list of candidates, scheduled to be issued Wednesday.

“We’ve complied with everything the secretary of state has required of us,” said Elder, a popular voice on the political right whose show is nationally syndicated. “The politicians in Sacramento know I’m the only candidate who can beat Gavin Newsom. They are afraid, and they are using whatever shenanigans they can to try to trip me up. It won’t work.”

“Frankly, this action by the secretary of state is not simply unfair and absurd but a dangerous and unconstitutional precedent,” said Elder, who also is an attorney.

Weber’s office did not immediately respond to an email seeking comment Tuesday.

Elder is facing a narrow window of time for the court to make a change. With the election less than two months away, local election officials already are arranging for ballots to be printed. Mail-in ballots go out next month.

Elder’s campaign argued that under state law, Weber has the authority, if not the duty, to “fix” any redaction errors for the public. Also, the campaign said Weber’s office has not informed Elder of its specific objections to the filing of his tax returns, and by denying voters the ability to choose Elder on the ballot Weber was “effectively engaging in voter suppression.”

The campaign also said Weber’s decision violates the equal protection clause of the California Constitution because Newsom did not have to comply with the same tax return disclosures.

Skelton: Where Republicans running to replace Newsom stand on issues

You can see tax returns for all 41 recall candidates, but not Gov. Newsom’s