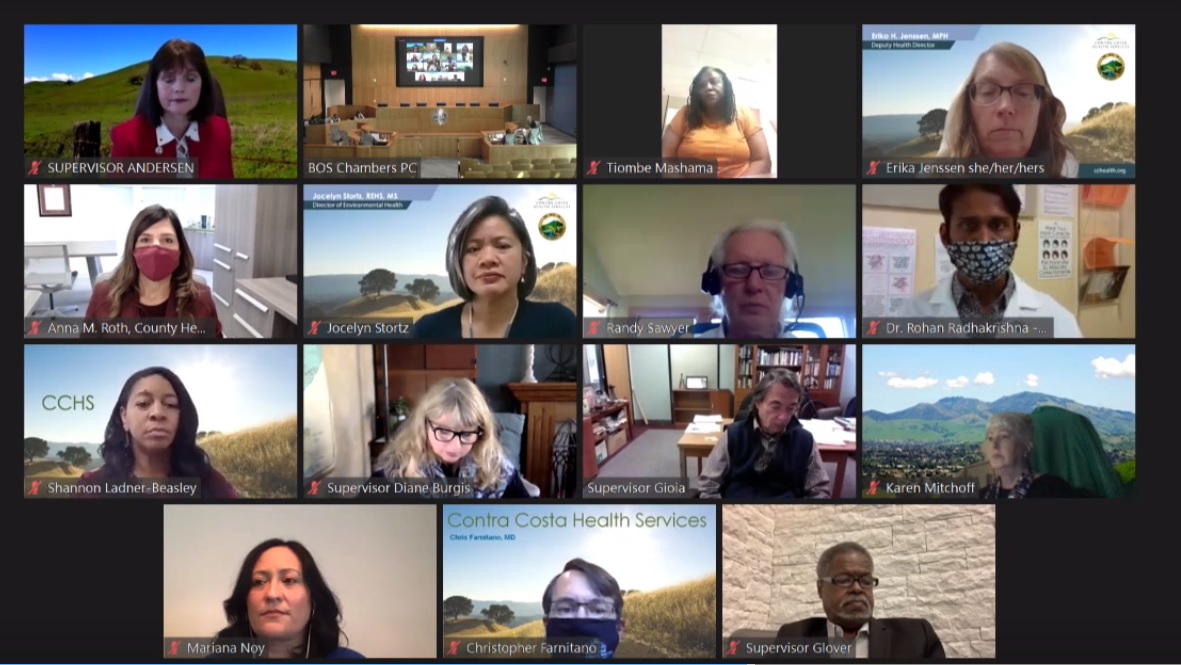 Calling attention to a history of unequal access to public health services among different racial communities, Contra Costa County supervisors have declared racism itself a health crisis and unanimously approved establishing an office of “racial equity and social justice.”

At a meeting Tuesday, the board agreed that racism has worked its way into the distribution of local health care, creating disparities in who can receive medical treatment and preventative care.

Board Chairwoman Candace Anderson noted that the problem extends to COVID-19, which has disproportionately affected Black and Latinx communities, but added that disparities existed long before the current pandemic.

“A perfect example occurred to me,” said Supervisor John Gioia. “Many years ago, the health department found a higher rate of breast cancer among African-American women in various age groups. As a result of that, the health department initiated a program to address that, and found it was really about earlier screenings.”

Gioia praised health officials for eventually narrowing the gap in breast cancer rates and said a more concerted effort from the county will resolve additional disparities.

Things became a bit tense at Tuesday’s meeting when supervisors started discussing how to fund the new office.

Supervisors John Gioia and Federal Glover aligned with county staff’s recommendation to budget $600,000 in general fund revenue to complement $250,000 that the two supervisors have already raised from community groups.

But Supervisor Karen Mitchoff insisted the board hold off “devoting any budget dollars to the formation of the office” until next year’s fiscal planning process.

Measure X, a county half-cent sales tax approved by voters in this month’s election, will bring hundreds of thousands of dollars to the county’s general fund, but Mitchoff vehemently opposed guaranteeing any of that revenue for the new office until the board’s budget meeting in early January.

Two street racers slam into house in Portland suburbs, setting it on fire

“I don’t think it’s appropriate at this point to say what that office will look like, what it will be staffed with and how much it will cost!” Mitchoff said, raising her voice at several points during the heated exchange. “I think that’s premature.”

Gioia relented, removing the mention of any revenue allocation until next year’s budgeting process.

Besides the brief skirmish, the board generally agreed on the resolution’s importance. Glover praised Contra Costa County’s “leadership” on racial issues.

“The killings we have seen take place over the years — and the death of George Floyd — has brought to the attention of a nation the racism and inequities that take place within our … justice system,” Glover said.

The supervisor also said it was time to examine county government hiring practices.

“It’s important we take a strong look at what’s taken place with our employment here at the county level,” he added, “and to maybe be a light and to show people we are the leaders, that we are making a difference in society as a whole … because it’s very reflective of our demographics here in Contra Costa.”

Beyond a push for community engagement, the county hasn’t determined the office’s structure or how it will function. The county will formally launch the office after completing …read more