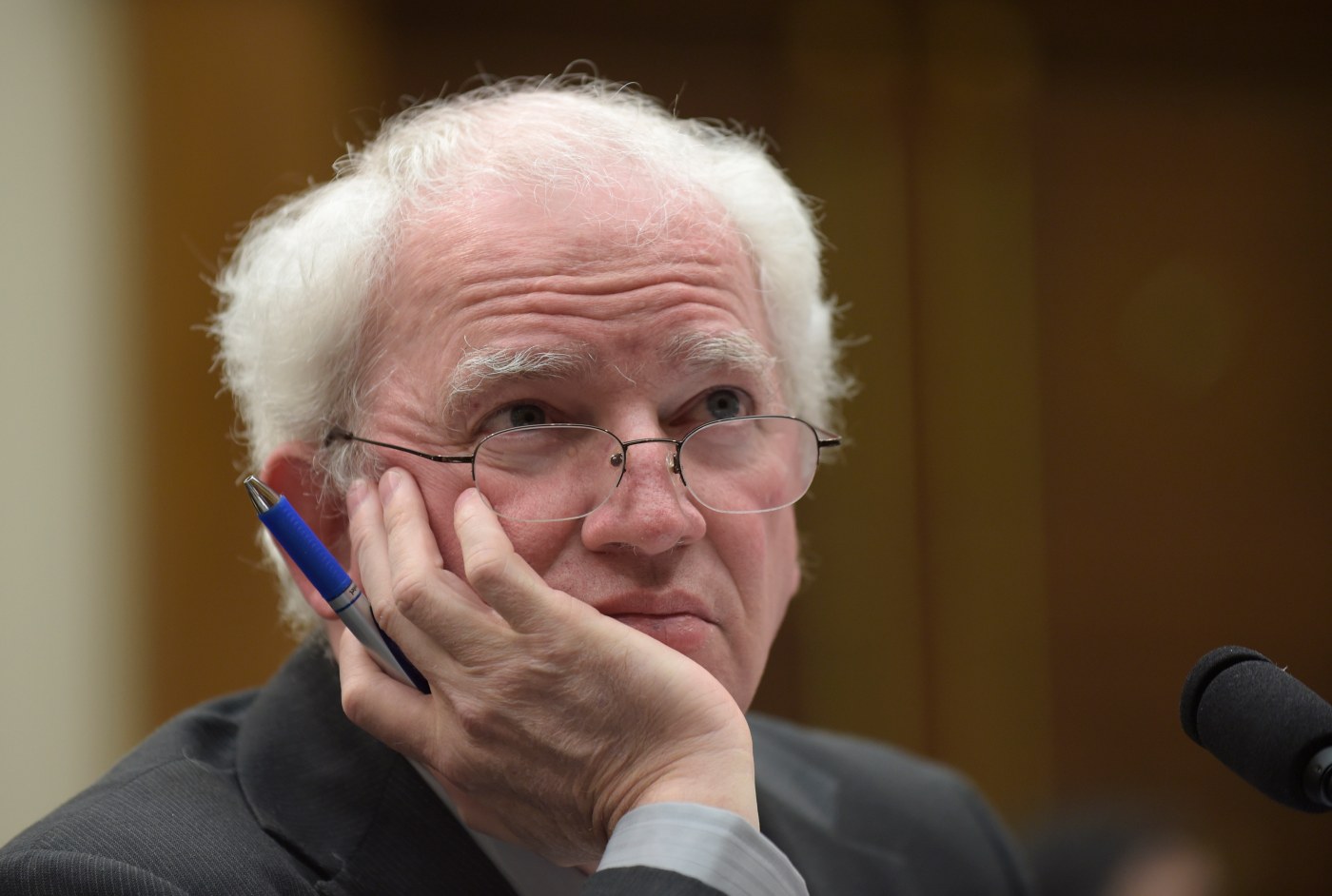 John Eastman, an endowed law professor at Chapman University who last week repeated false claims of election fraud to an angry crowd just before they stormed the U.S. Capitol, is retiring.

Chapman President Daniele Struppa issued a statement late Wednesday saying the school and Eastman negotiated an exit, and that their agreement “closes this challenging chapter for Chapman.”

The deal comes as hundreds of students and professors at Chapman are calling for Eastman’s dismissal, citing a range of issues ranging from his accusations about Vice President-elect Kamala Harris’ qualifications for office to his legal work for President Donald Trump in which he has made false claims that the election was rigged to help President-elect Joe Biden.

Eastman most recently generated controversy with a speech he gave on Jan. 6 in Washington, D.C. While standing next to Trump lawyer Rudy Giuliani, Eastman told the crowd about a chaotic — and false — vision of election fraud.

“They were unloading the ballots from that secret folder, matching them, matching them to the unvoted voter, and voilà, we have enough votes to barely get over the finish line,” Eastman said. Giuliani also spoke to the crowd, encouraging them to engage in “combat.”

Later, hundreds of Trump supporters stormed the Capitol, delaying congressional certification of the Electoral College and engaging in fights with police that led to at least five deaths.

On Jan. 7, in an interview, Eastman described the march as “a wonderful rally of people that were there to express their views that what they saw on Election Day was not right.”

The New York Times has since reported that Eastman was in the Oval Office with Trump the day before the Capitol riot, arguing to Vice President Mike Pence that Pence had the power to block certification of Biden’s Electoral College victory. Other constitutional experts and members of congress have pointed out that the vice president has no such power.

Anger generated by the Jan. 6 speech was just the latest in a string of issues centered on Eastman in recent months. Eastman, a one-time Republican candidate for state Attorney General, wrote an op-ed last year in which he questioned Harris’ eligibility to serve as vice president because her parents were born outside the United States. Many deemed the writing to be openly racist and an echo of the “birther” lie that Trump once perpetuated about President Barack Obama.

Late Wednesday, Eastman sent a two-page statement about his departure from Chapman. In it, he repeated claims of voter fraud that he made to the U.S. Supreme Court as Trump’s lawyer, in a case the court refused to take up. He also praised Struppa for defending his academic freedom, but slammed most …read more