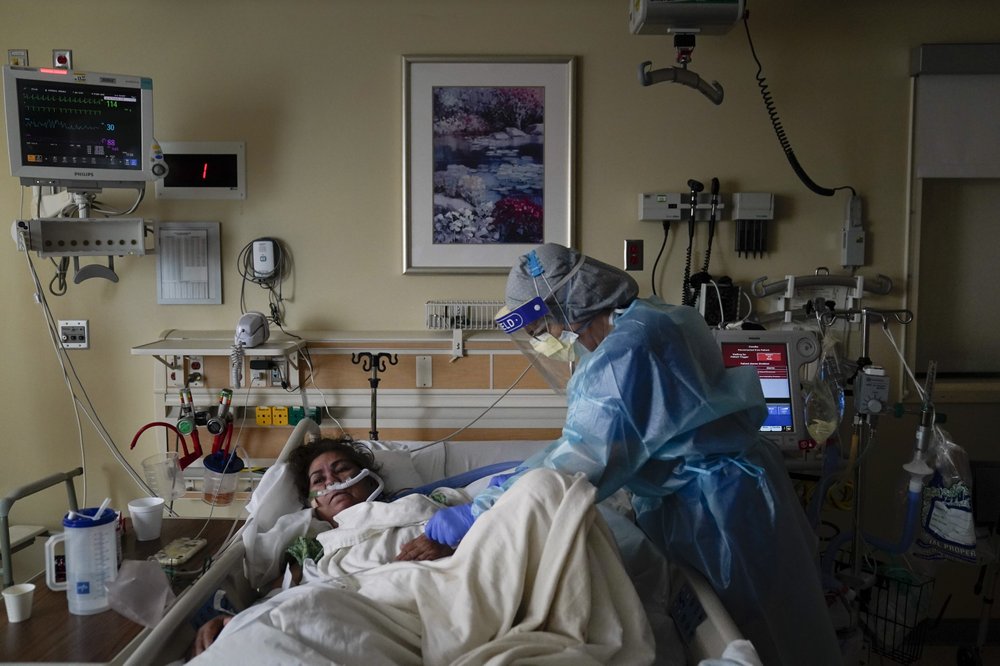 But the number of new cases following gatherings at Christmas and New Year’s so far does not appear to be nearly as large as the one after Thanksgiving that swamped hospitals and led to new shelter-in-place orders.

Even if it’s less severe than feared, the increase is adding to the overwhelming strain on hospital systems, and there is no sign that COVID-19’s death toll is slowing down: As patients who fell ill weeks earlier succumb to the disease, California continues to endure the deadliest stretch of the pandemic to date, losing almost 500 people to the virus each day on average over the past week.

On Monday, the state shot past 30,000 deaths from the pandemic, which Health and Human Services Secretary Mark Ghaly called “an important and sad milestone.”

And in Santa Clara County, three hospitals have reported that they are at capacity in their morgues, officials said, and four others are near capacity. The county has provided three refrigerated trailers for additional morgue capacity.

Still, state and local health officials struck a cautiously optimistic tone Tuesday that California may be blunting the alarming rise of new cases it saw through December.

It typically takes a couple of weeks for people who have been infected with coronavirus to develop symptoms bad enough to land them in a hospital — meaning now is around the time state officials were bracing to see new cases from the holidays start to fill emergency rooms and intensive care units. Instead, Ghaly described a slowing demand for COVID treatment at hospitals across the state. After seeing about 3,500 new hospital admissions for COVID each day last week, that figure has dropped to 2,500 this week.

Read the letters the 5 previous presidents left to their successors

“These are encouraging early signs,” Ghaly said, though he added that it remains far too early to “declare victory” in minimizing a holiday surge, since more people could fall ill in through the middle of this month.

Late Tuesday, Gov. Gavin Newsom said coronavirus hospitalizations have stabilized sufficiently in the Sacramento region to allow it to become the first in the state to exit the shutdown order imposed last month as virus cases exploded. The move means restaurants may again serve diners outdoors, hair salons and other businesses can reopen, and retail stores can serve more customers.

California is reporting 42,000 new coronavirus cases on average each day over the past week, according to data compiled by this news organization.

That’s higher than the roughly 36,000 per day it was averaging in early January — but lower than its the post-Thanksgiving peak of more than 45,000 daily cases. Total hospitalizations have similarly plateaued at around 22,000.

In Santa Clara County, where rapidly filling hospitals have prepared plans to enter crisis care scenarios, Health Officer Dr. Sara Cody said Tuesday that the number of new cases, which rose dramatically through December, “is now starting to level off.”

The problem, Cody said, is that “it’s leveling off at a very, very high …read more