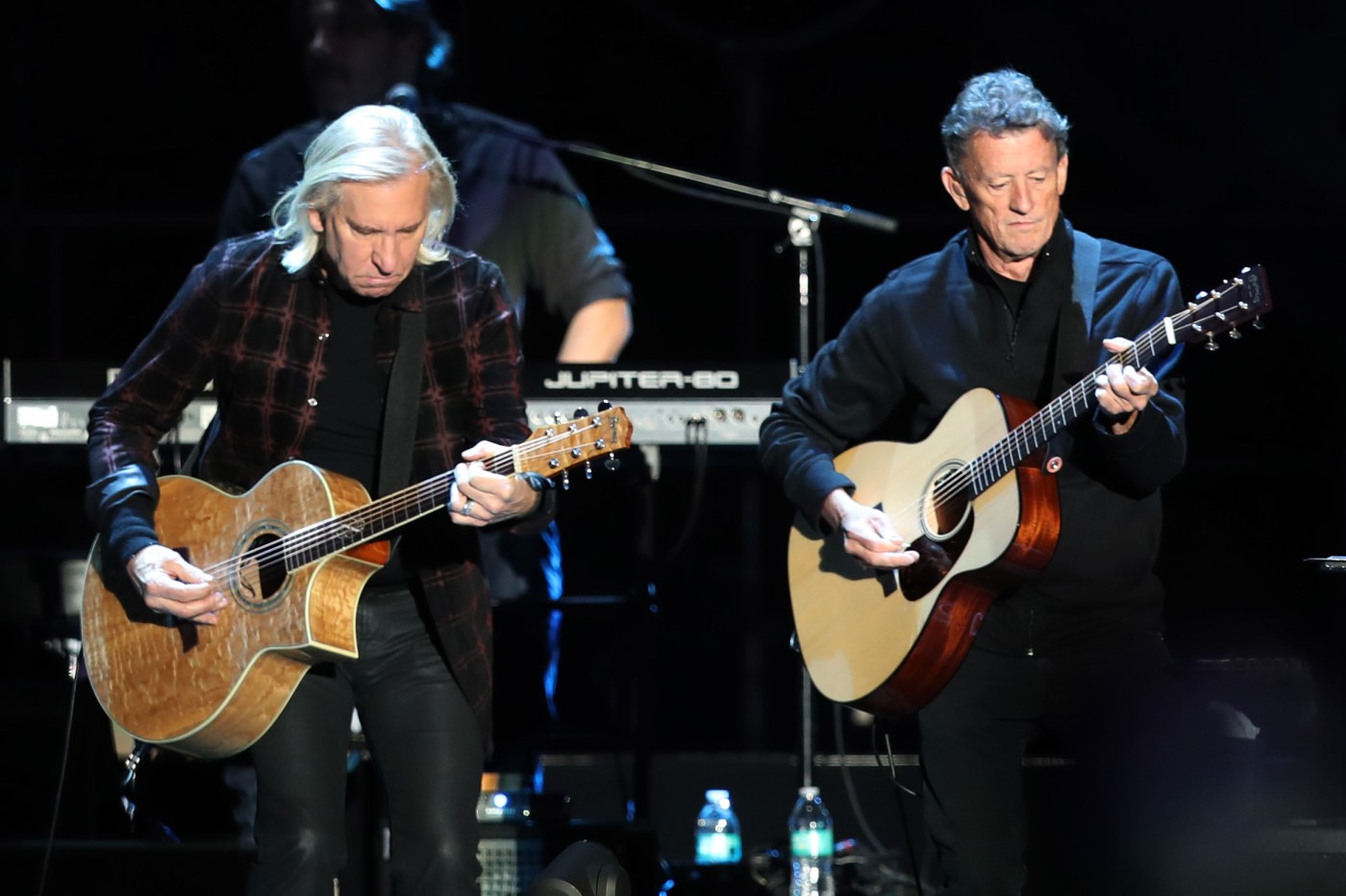 The Eagles have announced several rescheduled dates for their blockbuster Hotel California.

The classic rock band — featuring longtime members Don Henley, Joe Walsh and Timothy B. Schmit alongside Deacon Frey and Vince Gill — will now be performing in the fall in North America.

The rescheduled show include two nights at the Chase Center in San Francisco, which were originally scheduled for April.

The Eagles are now set to perform at the new home of the Golden State Warriors on Oct. 2-3.

A full list of the North American tour dates is listed below.

The Eagles rescheduling adds to what was already shaping up to be a huge weekend of music in the Bay Area.

And then, of course, to complicate calendars even further just consider that the great John Prine is set to perform at the Golden State Theatre in Monterey on Oct. 2. (OK, so maybe it’s just us who see this is a major conflict.)

But back to the Eagles ….

The tour features the band performing a “Hotel California” set with accompanying orchestra and choir during each tour stop. The main attraction is followed by a second set filled with many of the band’s greatest hits.

“Hotel California” is one of the most successful albums of all time. It currently stands as the third best-selling U.S. album in history, having been certified a staggering 26-times platinum.

Most impressively, it’s not the only Eagles release in the top three. The group’s “Their Greatest Hits 1971-1977” sits at No. 1 spot, having been certified – gulp! – 38-times platinum.

“Hotel California” features several iconic songs, including the Grammy winners “New Kid in Town” and “Hotel California.” However, “several of the songs from the album have never been performed since the original ‘Hotel California’ tour,” according to a news release.

The Eagles tour is just one of many high profile tour to be rescheduled, postponed, canceled or otherwise impacted as the concert industry continues to reel from concerns over the spread of the coronavirus. Others include the Billie Eilish, Lauren Daigle, Rage Against the Machine and Celine Dion tours.