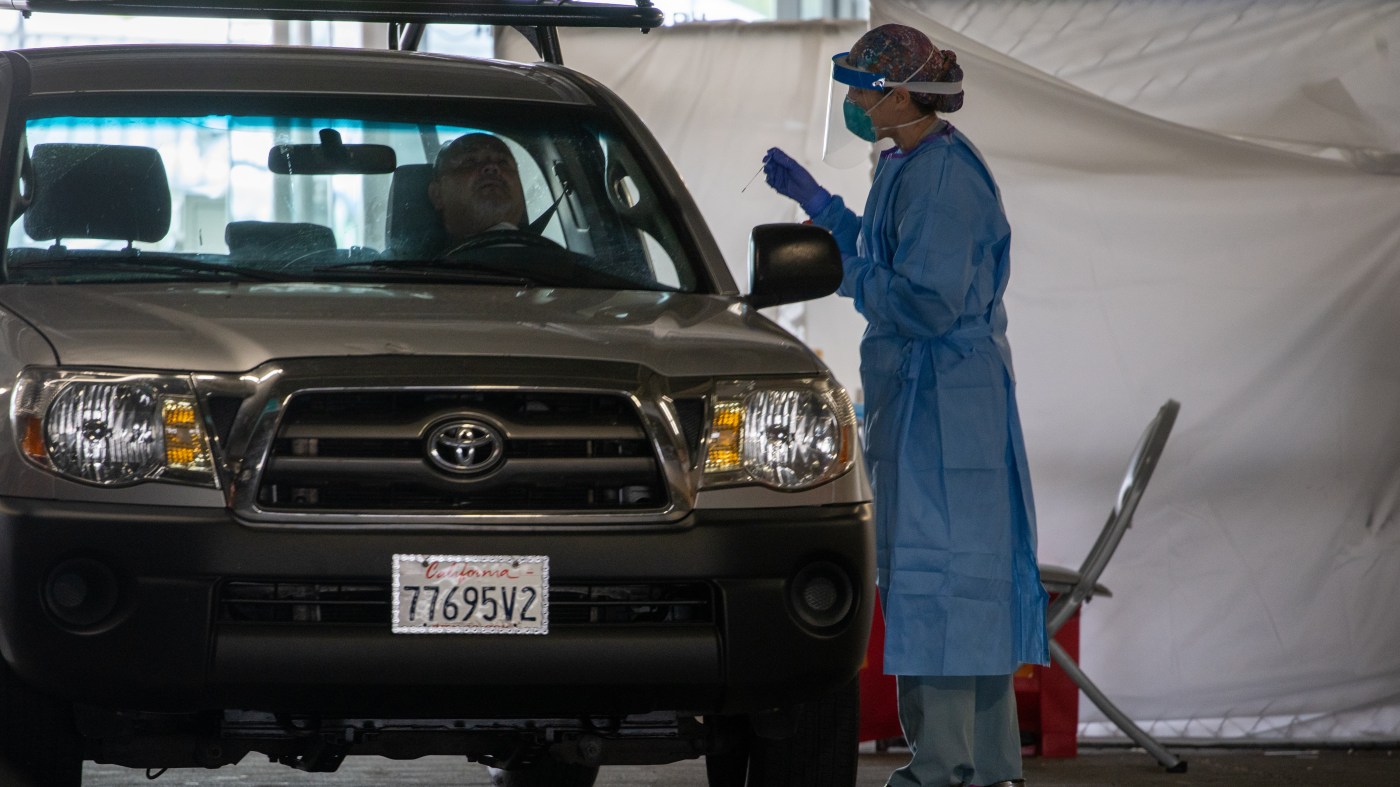 California is expected to record its millionth infection Thursday of the new coronavirus that has unleashed a devastating pandemic since January, a staggering milestone for the disease once again surging throughout the state.

Roughly one in 40 Californians — or about the entire population of San Jose — now have tested positive for the virus that has killed more than 18,000 of them, about six times the 3,040 California gun deaths in 2018, the most recent year surveyed.

Consider that the Golden State, with its expansive freeways and legendary car culture, has seen nearly four times as many Californians infected as its average number of annual motor vehicle injuries in the most recent five year period — 260,725.

The number of COVID-19 cases is almost six times the number of new cancer cases of all sorts that the American Cancer Society expects in California this year.

It equals the average 2019 attendance of 30 San Francisco Giants or 48 Oakland Athletics games — the pandemic forced the teams to play in nearly empty stadiums without fans and fake recorded crowd cheers piped over the loudspeakers.

After 56 years in business, Berkeley’s storied Albatross Pub will close

‘It’s kind of like a nightmare’: How Bank of America helped fuel California’s unemployment meltdown

Though it’s not surprising that California, the nation’s most populous state, would reach such a grim infection milestone in a month when the U.S. notched its 10 millionth case, it’s noteworthy that the Golden State didn’t get there first.

There are about 10 million more Californians than Texans, but the Lone Star State logged its millionth coronavirus infection a day before California.