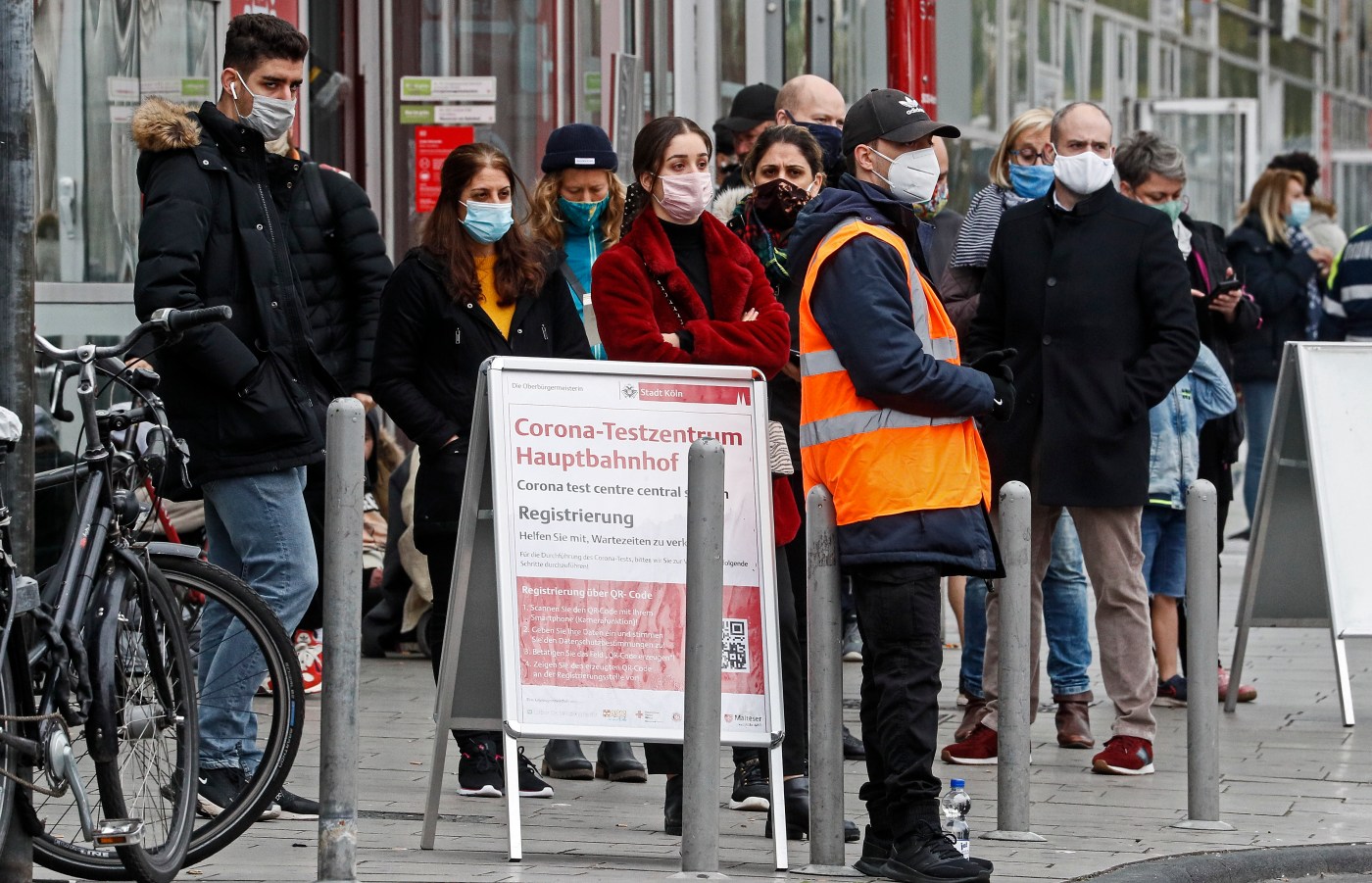 Coronavirus cases around the world have climbed to all-time highs of more than 330,000 per day as the scourge comes storming back across Europe and spreads with renewed speed in the U.S., forcing many places to reimpose tough restrictions they had eased just a few months ago.

Well after Europe seemed to have largely tamed the virus that proved so lethal last spring, newly confirmed infections are reaching unprecedented levels in Germany, the Czech Republic, Italy and Poland, and most of the rest of the continent is seeing similar danger signs.

France imposed a 9 p.m. curfew on Paris and other big cities. Londoners face new restrictions on meeting with people indoors. The Netherlands closed bars and restaurants this week. And the Czech Republic and Northern Ireland shut down schools.

In the United States, new cases per day are on the rise in 44 states, with the biggest surges in the Midwest and Great Plains, where resistance to wearing masks and observing other social distancing practices has been running high. Deaths per day are climbing in 30 states.

“I see this as one of the toughest times in the epidemic,” said Dr. Peter Hotez, an infectious-disease specialist at the Baylor College of Medicine in Texas. “The numbers are going up pretty rapidly. We’re going to see a pretty large epidemic across the Northern Hemisphere.”

“Everyone has this traditional, emotional, warm feeling about the holidays and bringing a group of people, friends and family, together in the house indoors,” he said on ABC’s “Good Morning America.” “We really have to be careful this time that each individual family evaluates the risk benefit of doing that.”

According to Johns Hopkins University, new cases in the U.S. have risen from about 40,000 per day on average to more than 52,000 over the past two weeks. Deaths were relatively stable over the same period, at around 720 a day. Worldwide, deaths have fallen slightly to about 5,200 a day.

The head of the World Health Organization’s Europe office urged governments to be “uncompromising” in controlling the virus. He said most of the spread is happening because people aren’t complying with the rules.

“These measures are meant to keep us all ahead of the curve and to flatten its course,” Dr. Hans Kluge said, while wearing a mask. “It is therefore up to us to accept them while they are still relatively easy to follow.”

Europe’s financial markets fell sharply Thursday on concerns that the new restrictions will undercut the continent’s recovery, and stocks slumped in afternoon trading on Wall Street.

The Czech Republic confirmed more than 9,500 new virus cases on Wednesday, over 900 more than the days-old previous record. The government announced the military will set up a virus hospital at Prague’s exhibition center.

Sunnyvale community briefs for the week of Oct. 30