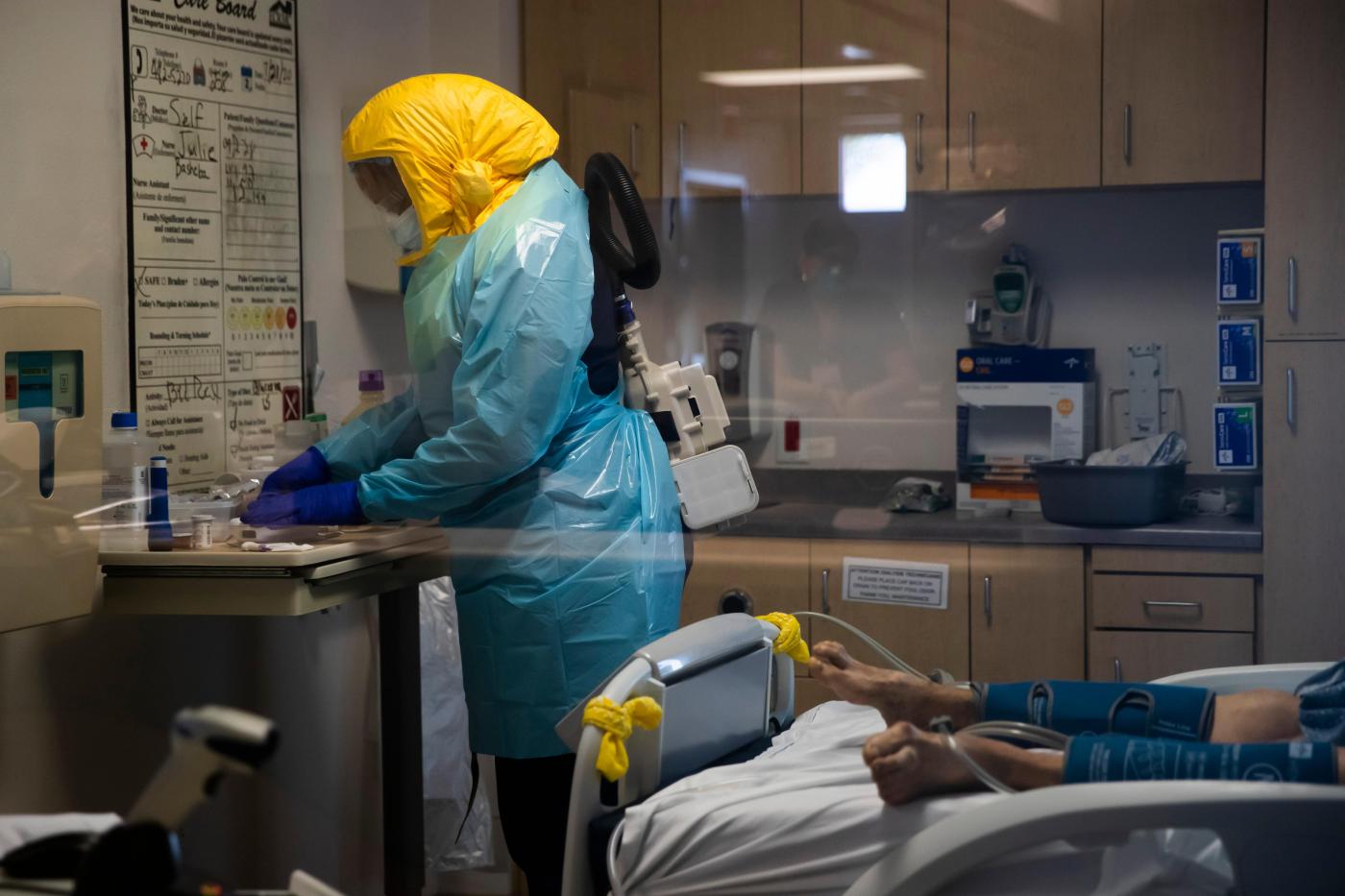 The short history of the coronavirus suggests that California will soon see a marked rise in COVID-19 deaths that traditionally follows a surge in cases — but when and how severe will it be this time?

Experts, who now have a better understanding of the disease and the data, point to later this month or in early December. And some forecast the number of cases, hospitalizations and, ultimately, deaths is likely to continue to rise through the new year.

“It’s getting easier to make these kinds of prognostications because that’s what we’ve seen,” said John Swartzberg, clinical professor emeritus of infectious diseases and vaccinology at UC Berkeley, pointing to the summer surge that swept both California and the U.S. in late June and July.

While the latest dire prediction for the Golden State follows a rough pattern playing out across the U.S., the overall number of cases here relative to the population is much lower than in the Midwest and other parts of the country. And experts are optimistic that the death toll won’t be as severe this time around in California, as younger and healthier people make up a higher proportion of cases, and doctors and hospitals are better prepared to treat the virus.

Here’s where we are: California is seeing a seven-day average of more than 8,000 new daily cases, up from just slightly more than 4,000 at the end of October. Hospitalizations are also starting to tick up, to more than 4,500 from fewer than 4,000 a week ago. But death rates in California have held steady throughout the month at about 1 per million residents each day, although they too are soon expected to rise.

Sidney Powell is a beacon of hope for the Q crowd

“We know a few things today that we didn’t know early on,” California Health and Human Services Secretary Mark Ghaly said at a Monday update. “Tracking the data over many, many months shows us that cases today will end up in our hospital beds in two to three weeks.”

People now generally get sick around five or six days after they pick up the disease, and then some need inpatient care a week or so after they first show symptoms. Deaths usually occur a week or so after that, and then reporting of deaths can take another week, so deaths from the rise in cases the state saw at the beginning of November will likely start to show up in the data toward the end of the month.

That was the pattern in most of the country in June and July, when the summer surge was beginning: Case rates in the U.S. rose, followed by hospitalizations and then by deaths. In California, somewhat unusually, hospitalizations actually tracked fairly closely with new cases, rising and falling at roughly the same time, with deaths lagging as expected. Now, all three data categories appear to be following more of the traditional pattern.

UCSF infectious disease expert Monica Gandhi thinks case counts started to tick up earlier this month in part because of the cold weather, pointing to evidence that the virus does …read more