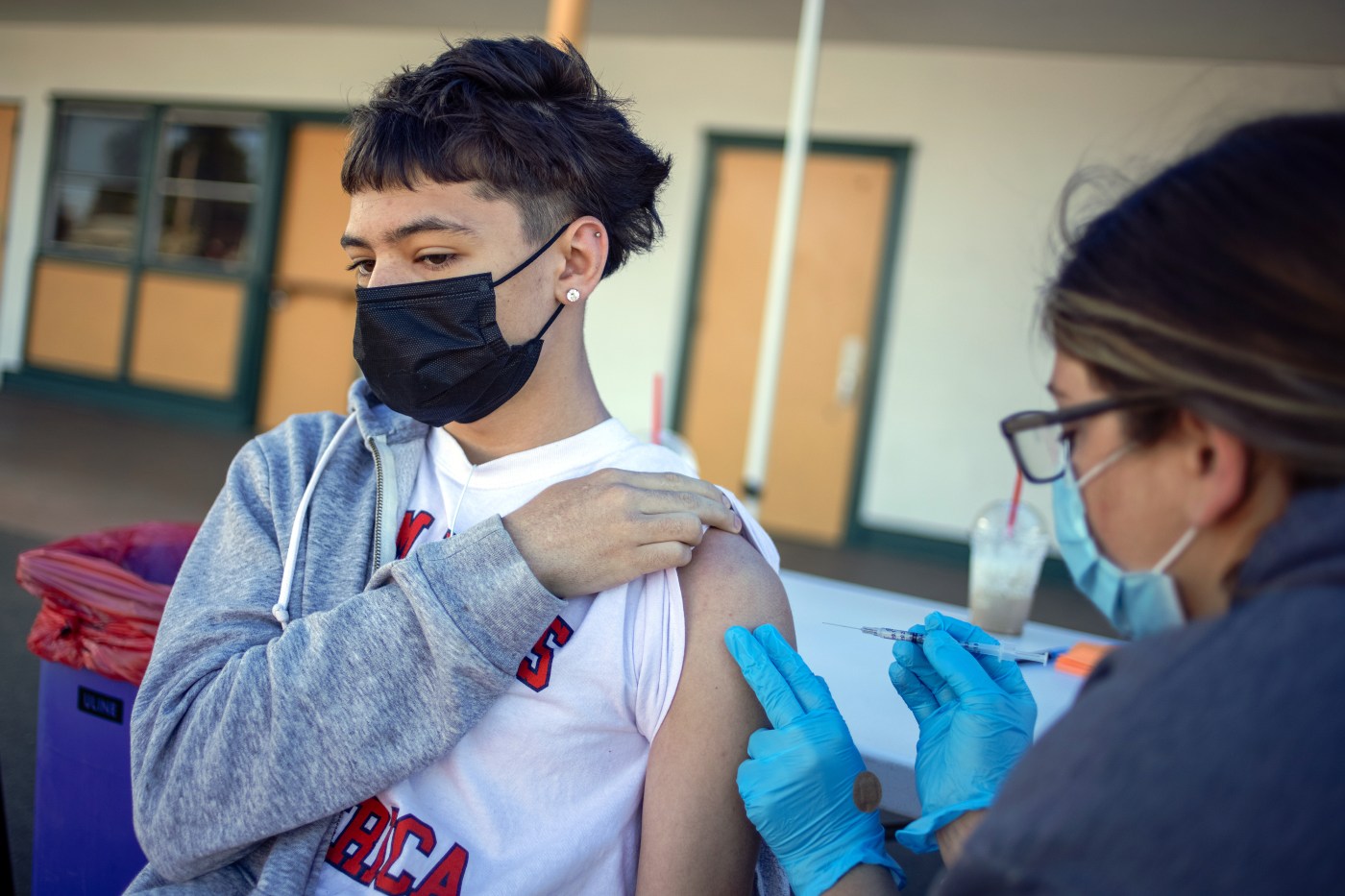 As the days shorten and people come indoors, what should we expect as we head into our second COVID-19 autumn and winter?

Last year, Thanksgiving and Christmas triggered a pandemic spike. Over holiday season 2020, California’s daily case counts climbed as high as 54,000. In contrast, the state is now reporting about 5,500 new cases a day.

While nothing is certain, there is more optimism. “We’re in a much better place than we were last year,” said UC San Francisco epidemiologist Dr. George Rutherford.

“I think we’ll see a small to moderate winter surge,” Rutherford predicted. It won’t be as pronounced as last winter’s pandemic but may mimic the smaller spike in cases experienced in August, he said.

Why? There’s growing immunity — and several pending steps by federal authorities to fight the virus. While there are still pockets of unvaccinated people in the Bay Area, overall vaccination rates in some counties for residents 12 and up have surpassed 80%. Statewide, 71% of eligible Californians are fully vaccinated. This population-wide protection is expected to climb still higher once children are eligible to get shots.

Here’s a look at what the months ahead will bring.

Children will start to be vaccinated.

On Thursday, Pfizer submitted clinical trial data to the U.S. Food and Drug Administration to authorize emergency use of their vaccine for kids ages 5 to 11. Pfizer’s data shows that the vaccine is safe and triggers a robust strong immune response in kids.

The agency will meet on Oct. 26 to consider this plan — suggesting we may see a decision and distribution of the vaccine for kids between Halloween and Thanksgiving.

Getting older doesn’t have to be scary. Things to consider as you age

The pediatric vaccine is not as straightforward as it sounds. It will hold one-third the dosage of the vaccine for older youth and adults, according to Pfizer. This likely requires dilution and perhaps a different formulation.

If successful, that move would help protect another 28 million Americans.

“It’s an important advance,” said Rutherford. “The number of COVID-19 hospitalizations is right up there with the worst of the childhood infectious diseases. We want to extend the existing technology — not just to protect them from getting sick, but to prevent transmission.”

Waning immunities will get a boost.

There’s concern that as immunity levels in communities start to subside, there will be a new resurgence of cases. So far, only Pfizer’s vaccine has been authorized for booster doses. And it’s offered only to older and other vulnerable Americans, such as people with medical conditions or jobs that place them at higher risk of exposure.  There are no imminent plans to expand the eligible population.

Americans are welcoming this third shot, according to new Centers for Disease Control and Prevention data. Of the 6.6 million shots given from Sept. 30 to Oct. 6, more than 2.6 million of them were booster shots, compared to 2 million first doses and 2 million second doses.

Next week, on Oct. 14 and 15, an FDA committee plans to discuss Moderna and J&J booster vaccines. If authorized, these vaccines may be offered to a narrower group of …read more