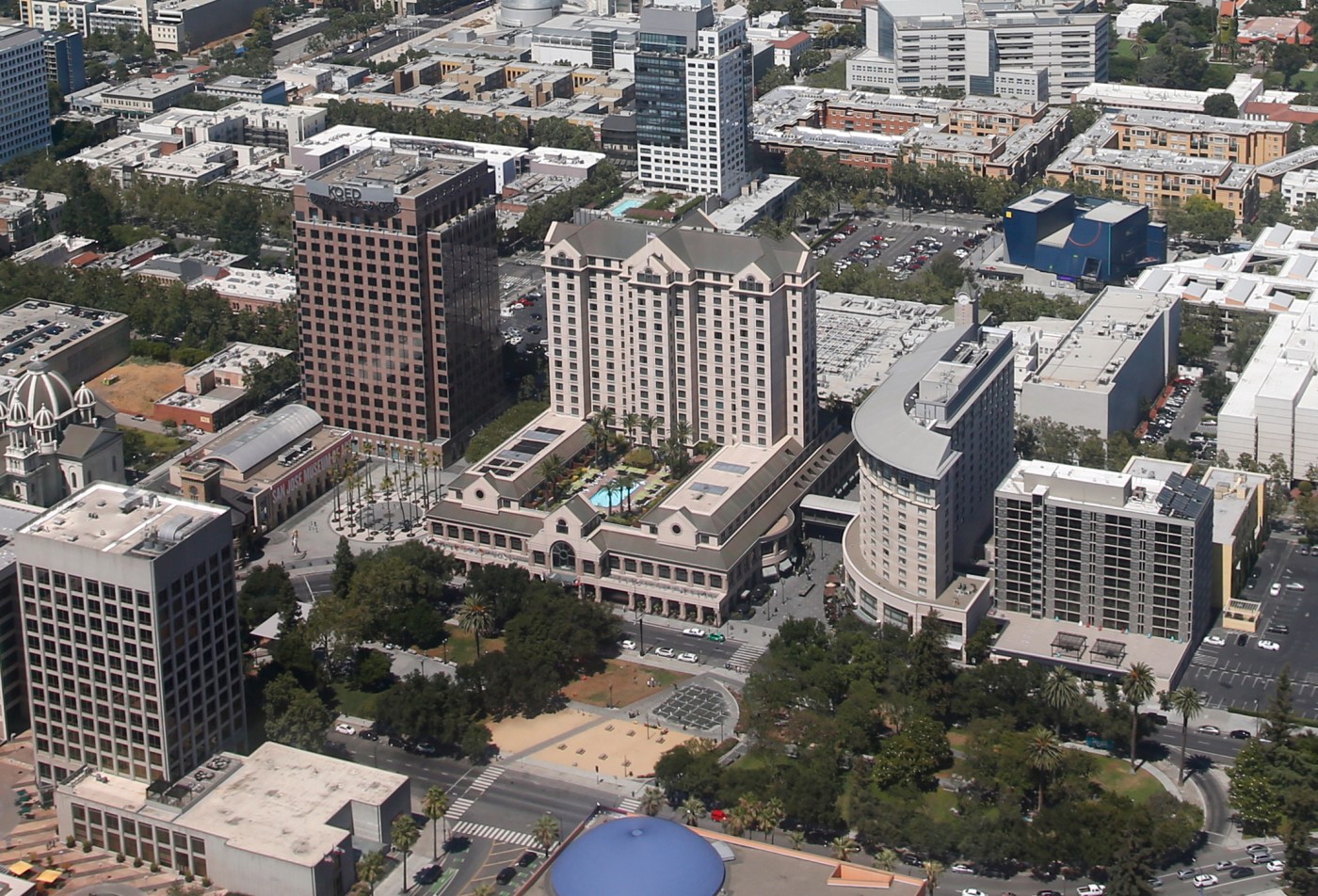 A federal bankruptcy judge issued two decisions this week in the Chapter 11 case for the landmark Fairmont hotel in downtown San Jose. The bankruptcy court ruled that the hotel’s owners may:

— Scout for hotel operators that will provide a new brand and potential up to $45 million in a cash infusion to help stabilize the hotel.

“We are very pleased with the progress we are making at the San Jose hotel,” the hotel’s owners stated in comments emailed to this news organization by hotel public relations representative Sam Singer. “We are excited to move forward in selecting a new partner and brand for the hotel.”

The Fairmont San Jose closed its doors abruptly on March 5, the same day that the hotel’s owners filed a Chapter 11 bankruptcy petition to reorganize its finances.

The owners hope to reopen the 805-room hotel by the end of June. The hotel’s size makes it a key player in San Jose’s ability to attract conventions and considerable activity to the city and its downtown.

The current owner, an entity controlled by San Ramon-based business executive Sam Hirbod, bought the hotel in 2018 for $223.5 million. The current mortgage on the hotel totals roughly $173.5 million, a loan controlled by  Colony Credit Real Estate. Colony Credit at present is not pressuring the hotel owners to make current payments on the mortgage, bankruptcy records show, a financial procedure known as forbearance.

The hotel owners blame the financial devastation on the onset of the coronavirus, which began to batter the lodging and hospitality sector nationwide starting in March 2020.

But it also appears that the Fairmont San Jose might have been on shaky ground even before the coronavirus erupted, according to a March 30 declaration in the bankruptcy case that was filed by hotel principal owner Hirbod. The declaration pointed to a lack of profits from the hotel operations.

“Since becoming the hotel’s owner, no distributions of profits have ever occurred,” Hirbod stated.