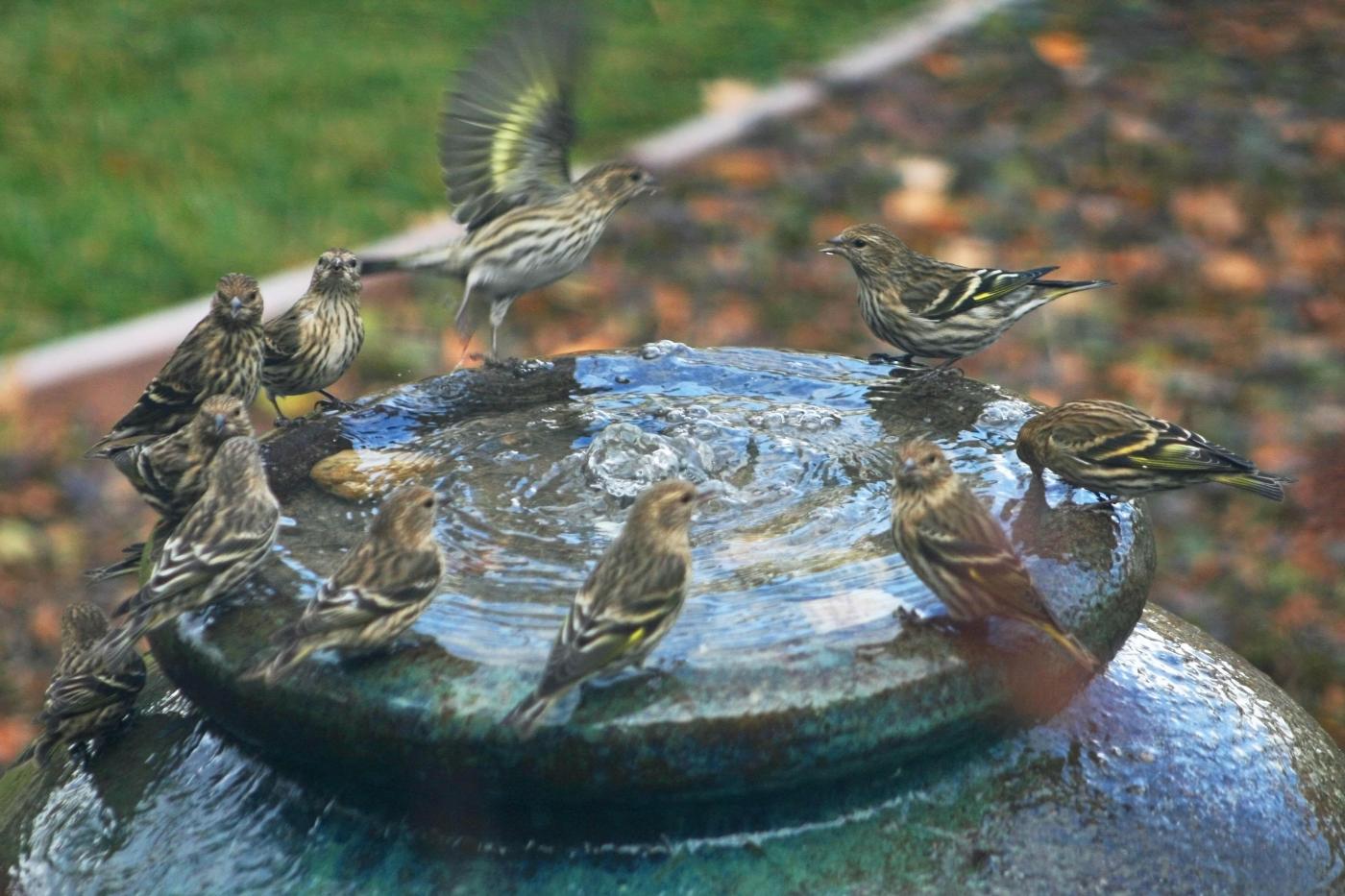 An outbreak of salmonella infection in songbirds has led one Bay Area wildlife rescue to sound the alarm, asking residents to immediately take down their feeders if they see dead or ailing birds in their yard or neighborhood.

WildCare’s Wildlife Hospital in San Rafael treats hundreds of songbirds every year that suffer from bacterial infections they contract at bird feeders. Since Jan. 1, they’ve taken in 42 pine siskins, all ill with salmonellosis. The majority of the birds were beyond saving.

Because the birds travel freely throughout the Bay Area, the disease can spread to areas that are not yet infected.

Alison Hermance, WildCare Director of Communications, says because of the deadly nature of the bacterial infection and the speed and ease with which it spreads at feeders and baths, people need to act immediately if they see signs of trouble.

Songbirds sick with salmonellosis may be fluffed and lethargic, Hermance says, and they may sit with their eyes closed. Sick birds will often be the last to fly off if the flock startles.

Even if people don’t see sick or dead birds, Hermance says, the rescue center is asking that people clean and sanitize — with bleach — their bird feeders every other day or, at the very least, weekly.

As with humans and COVID-19, songbirds spread salmonellosis to other birds easily. The Salmonella bacteria primarily transfer through contact with fecal matter.

Large groups of birds at feeders and baths provide the perfect opportunity for spreading salmonellosis. Taking down the feeders encourages the birds to forage in a wider area and to be socially distant, making it less likely the disease will spread.

Opinion: Establishing VTA priorities in the midst of the pandemic

Seed-eating songbirds that are common visitors to backyard feeders including pine siskins, goldfinches and purple finches, which also are especially susceptible to salmonellosis.

Sale of sick puppies ‘has got to stop,’ says California woman who won court case

Why is my neutered cat carrying around a toy while making odd sounds?

Manatee spotted in Florida river with ‘Trump’ etched into its back

Solutions for a dog allowed to pee off the balcony

WildCare offers these tips and guidelines:

Sick or dead birds in your yard

If you …read more