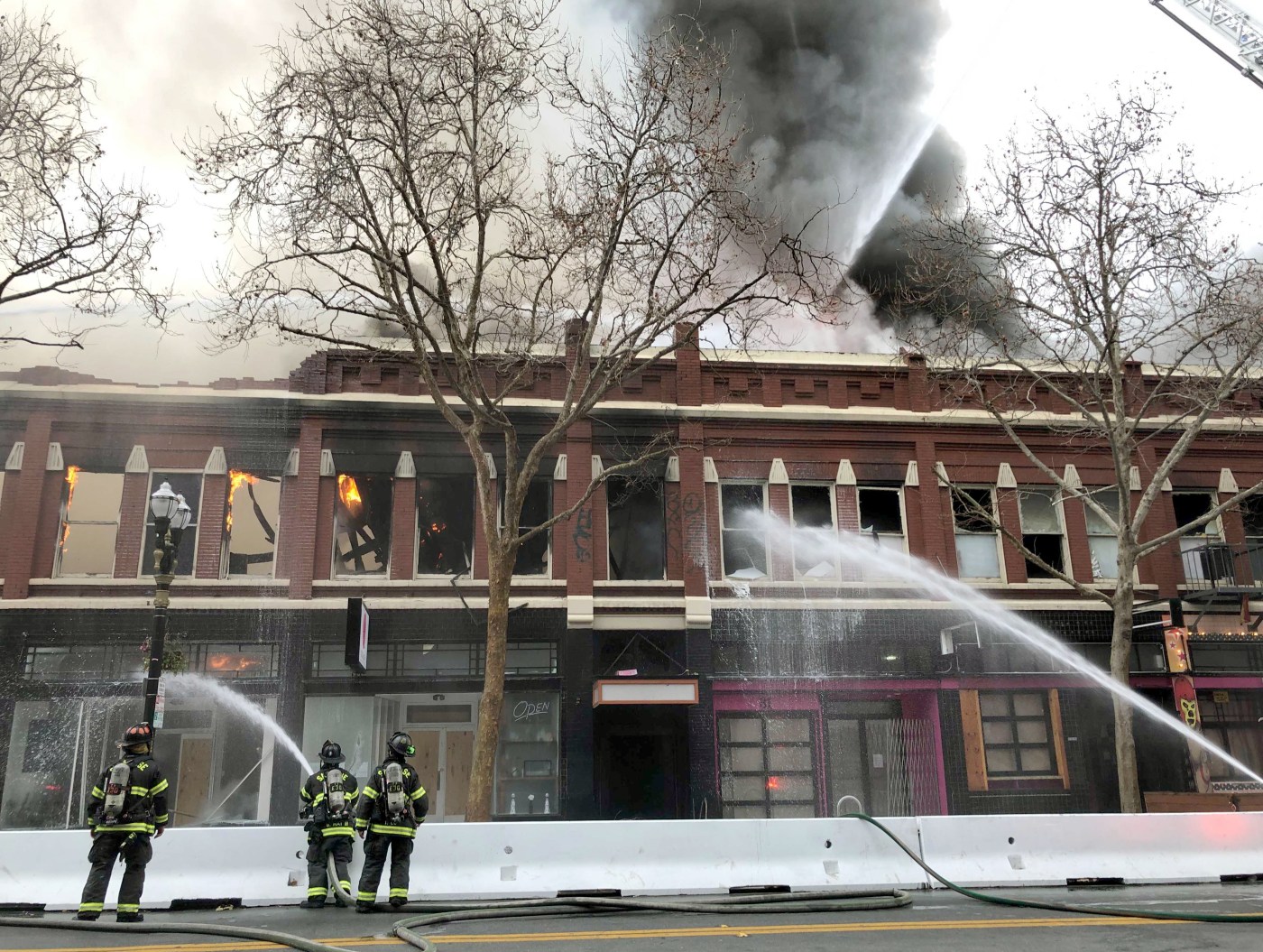 The devastating four-alarm fire that tore through a 19th-century building on San Fernando Street in San Jose on Thursday didn’t just destroy a set of storefronts that were thankfully unoccupied. It also threatened to incinerate decades of the city’s history.

The Lawrence Hotel building never has been deemed significant enough to warrant city landmark status, and unlike other storied downtown structures, few photographs exist from most of its 125-year history. But it has been a structure around which generations of San Joseans have created memories.

Cinebar, probably San Jose’s oldest watering hole, has hosted countless graduating San Jose State Spartans on the morning of their commencement and once boasted of having downtown’s only pool table. (It had a life before that, too, referred to as a “soft drink parlor” in a mid-1940s Spartan Daily article; and ads in the 1950s featured a gent in a sport coat, making it look like a sophisticated nightspot.)

It’s been a long time since I was a regular, but count me among those who expressed anguish over the damage to the beloved dive bar, which had been closed since March because of the coronavirus pandemic. Co-owner Stacy Sutherland has vowed to rebuild, and I hope she succeeds.

The building’s other tenants — Chacho’s, Los San Patricios, and Social Lady — also were closed down, but those spots have their own lineage as well. Chacho’s, which owner Jorge Sanchez had closed permanently just weeks before the fire, occupied the space where Olga Enciso-Smith once had the Inca Gardens Peruvian Restaurant, a popular and rare spot to find South American food in the San Jose during the 1990s.

Mandrake’s Shoe Repair was next door in those days, and then there was Twice-Read Books — also known as Woodruff & Thush — a musty, old used-book den that closed in 2003 after being open since 1928 or ’38, depending on your source. It was owned by Craig Thush, who probably charged a bit too much for old paperbacks compared to nearby Recycle Bookstore. I doubt he cared much about the lost business, though, as he also owned the building until selling it in 2003.

But personally, the space at 71-73 East San Fernando Street seems to span a lifetime. That was the site of Comic Collector Shop, San Jose’s first comic-book store (and one of the first in the country), which the curmudgeonly Bob Sidebottom originally opened a block away in the late 1960s before moving to the Lawrence a couple years in. Sidebottom could scare the heck out of an 8-year-old browsing through the stacks, but I’ve heard he held court talking and listening to jazz with customers.

After Sidebottom’s death in 1993 at age 57, the comic shop eventually became Stratta Grill & Bar, where I had my first mojito. A change of names, decor and theme turned it into the Latin-flavored Azucar a few years later, where actor Edward James Olmos stopped in during a Cinequest party. The next iteration was Deluxe Eatery & Drinkery, where my family was among those …read more