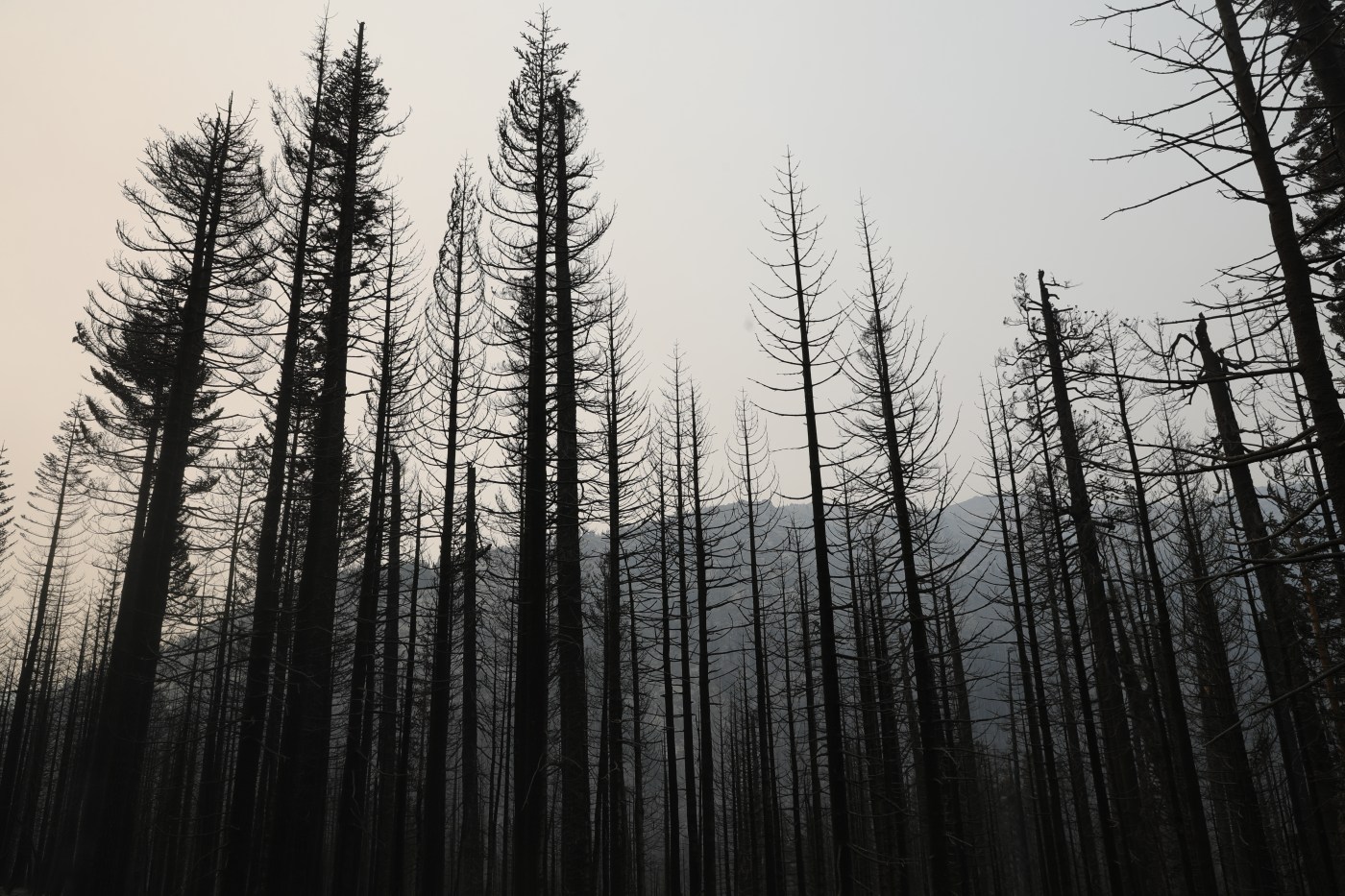 The massive Dixie and Caldor fires burning in the Sierra remained active overnight after emergency crews said they have contained about 65% of both blazes.

But as recent rainfall begins to dry up and forest fuels become more flammable, the threat of both fires spreading is increasing.

Firefighters continued to make progress on the Caldor Fire, reaching 65% containment as of Sunday morning, and holding the lines south of the Tahoe Basin and east of the Kirkwood Mountain Resort.

Cal Fire officials said the fire remained active overnight as downed timber and dried-up vegetation continued to smolder and burn. Firefighters mopped up hot spots near fire control lines, but southwest winds expected Sunday through next week are making it challenging to keep to the existing control lines. Acting as bellows, the high winds expected this week could worsen fire activity for emergency crews.

On the fire’s eastern edge, conditions overnight were ild, with southwest winds shifting south during the night. The fire mostly smoldered and creeped slow on the surface, and crews continued to patrol and improve fire lines from Trimmer Peak down to Highway 89. Crews were also patrolling Christmas Valley, while others were assigned to patrol the area around Caples Creek in an effort to protect Kirkwood.

Near Lake Almanor, the Dixie Fire — by far the largest this fire season, and the second most destructive in California history — is also 65% contained with favorable weather conditions aiding firefighters, who are looking to keep the fire’s edge from structures in the Grizzly Peak area.

Thousands of migrants camp under a bridge in Texas

On Saturday, fire officials said firefighters surveyed and reinforced containment lines around the fire and prepared for an expected increase in fire activity as the weather warms and dries. East of Milford, fire crews were attempting to prevent fire from again impacting that community and Highway 395.

Firefighters are set to work to improve some mountain roads as secondary control lines on Sunday, as well as strengthen their work on a direct attack in the rugged Devil’s Punchbowl.

On the fire’s western edge, the overnight weather and humidity helped moderate the fire. Winds were calm with clear skies, quiet weather and temperatures dropped into the 30s, with humidity rising to about 70%.