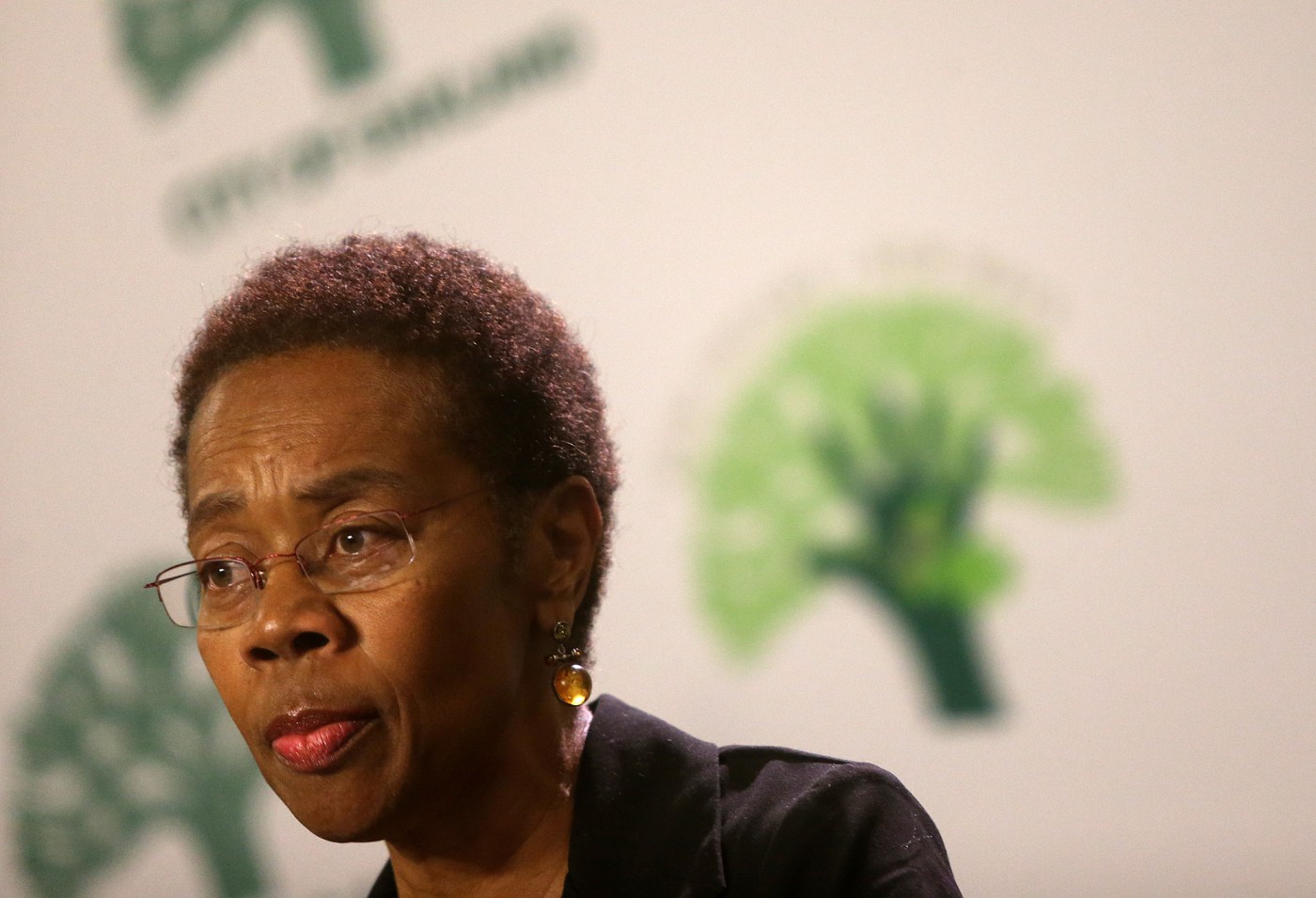 Oakland voters have a choice in the race for city attorney between a highly respected incumbent and an underqualified challenger who lacks the legal and managerial experience for the job.

It’s not a close call. Barbara Parker deserves reelection in the Nov. 3 election.

Parker, one of only about a dozen Black women to graduate from Harvard Law School in 1975, brings 29 years’ experience in the City Attorney’s Office, where she has been in charge since 2011. She leads a team of 38 lawyers known for candid legal advice to city officials and aggressively fighting to protect Oakland’s legal interests.

They have, for example, fought the Golden State Warriors’ attempt to stiff the city out of $49 million, Wells Fargo’s allegedly discriminatory mortgage lending practices, a developer’s push to transport coal through Oakland, and Monsanto’s contamination of waterways.

Parker’s work, driven by law rather than politics, is not always popular, which explains why some labor unions and a disgruntled developer back efforts to unseat her. But the mayor, five of the eight City Council members and the city’s firefighters are backing her.

Her opponent, Eli Ferran, has no managerial experience and, in 12 years in the City Attorney’s Office, was never promoted and generally not involved with the highly challenging legal issues.

Parker disappointed when she was among city officials who regularly took free tickets provided the city for Oakland Coliseum events. She says she has since amended her practice so that she no longer uses the tickets. Rather, like in some other departments, the tickets are evenly distributed to people in her office and to community groups. All city officials should stop taking free tickets.

That said, those concerns are not sufficient reason to unseat Parker, especially when her opponent is unprepared for the job. Voters should reelect Parker.

Editorial: As Berkeley’s finances worsen, these five can best lead

Editorial: Voters should oust the last of the ‘Alum Rock Three’