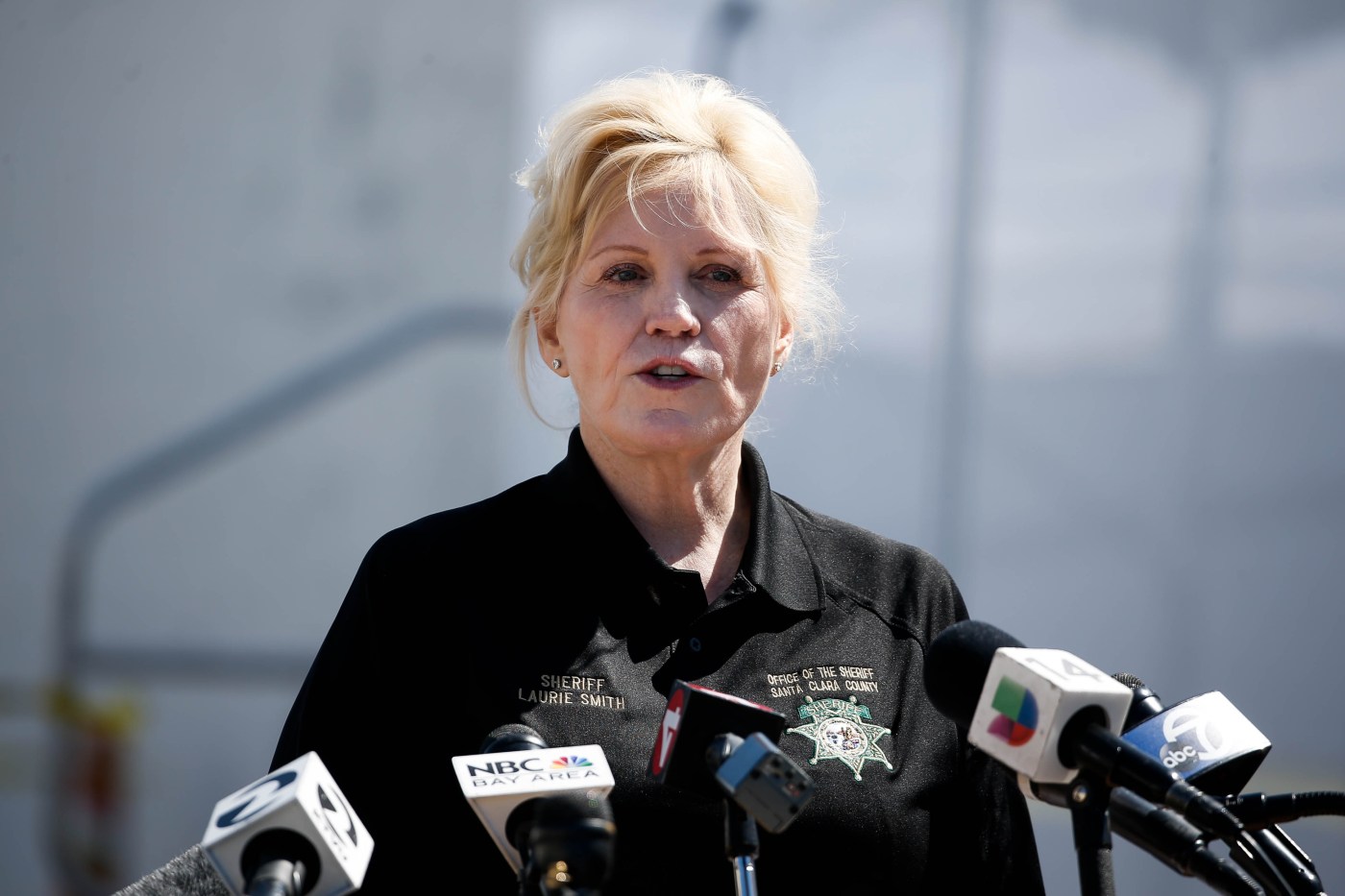 It’s almost unthinkable that the top law enforcement official in any county would have to invoke Fifth Amendment rights against self-incrimination or deliberately try to evade state conflict-of-interest reporting laws.

But that’s what Santa Clara County’s Laurie Smith, the sheriff of the Bay Area’s largest county, has reportedly done. This sort of behavior cannot be tolerated.

Smith needs to resign. And, if she won’t go gracefully, the civil grand jury should launch an investigation to remove her from office.

Any remaining doubt that Smith needs to go was erased Monday with the release of Nov. 16 testimony before a criminal grand jury.

Lara McCabe, a management analyst in the Sheriff’s Office, testified that Smith intentionally circumvented California Fair Political Practices Commission reporting rules in an effort to hide her use of a penthouse suite at a San Jose Sharks game.

That revelation comes after Smith in September invoked her Fifth Amendment right against self-incrimination when appearing before the grand jury in a pay-to-play concealed weapons investigation of her office.

As the county’s top law enforcement officer, Smith has an obligation to uphold the highest legal and ethical standards. Instead she has repeatedly thumbed her nose at the most basic expectations of her job.

The sheriff’s effort to evade the FPPC regulations, if proven, is potentially criminal. She should face charges.

McCabe testified that Smith handed her a credit card to purchase three of the cheapest seats for the Sharks’ Feb. 14, 2019, game against the Washington Capitals. The tickets were ostensibly for the sheriff, Undersheriff Rick Sung and Captain James Jensen.

Milpitas community briefs for the week of Jan. 29

But the cheap, $49 tickets were never used. They were just a way to cover up Smith’s attendance at the game using a gift of $365-per-person suite tickets provided by insurance broker Harpreet Chadha, who was reportedly given a concealed weapons permit two days before the game.

It’s not the first time we have witnessed the unseemly obsession by public officials with using their office to garner free tickets to sporting events. In the East Bay, public officials have accepted free tickets from teams while voting on their Coliseum contracts. In those cases, however, the ticket hand-outs were disclosed. McCabe testified that Smith, on the other hand, tried to cover up the freebies.

When Deputy District Attorney Matt Braker asked McCabe about the purpose for purchasing the cheap tickets, she said, “I believe … this was a way to get around reporting a gift,”

Braker followed up by asking, “She said that to you?” McCabe answered, “Yes.”

The grand jury on Nov. 23 handed down two bribery charges against Sung and Jensen, accusing them of requesting bribes for concealed weapons licenses. They allegedly extracted a promise from Apple’s Chief Security Officer, Thomas Moyer, that the tech company would donate 200 iPads worth close to $70,000 to the sheriff’s office in exchange for concealed weapons permits for the security team protecting Apple CEO Tim Cook.

Sung, Jensen, Moyer and Chadha were arraigned Monday and pleaded not guilty to the grand jury’s bribery charges.