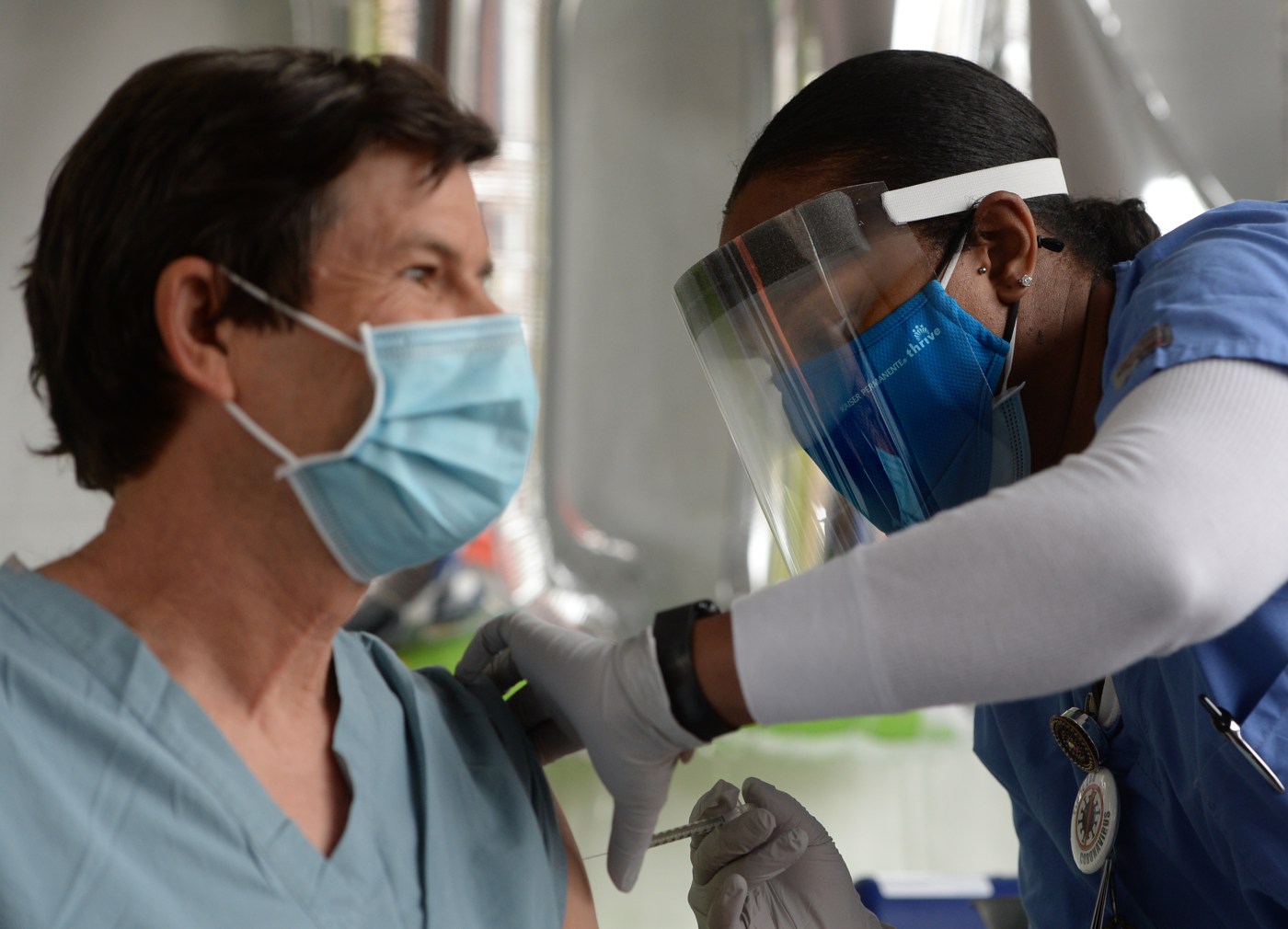 Hundreds of people ineligible for coronavirus vaccinations signed up for shots this week after a link to Marin County’s appointment system was shared on social media, a health official said.

The link was initially sent in an email to health care workers, who are included in the first phase of the county’s effort to distribute its limited supply of Moderna and Pfizer vaccines.

“What occurred is, somewhere one of our health care providers forwarded that link to someone else,” said Dr. Matt Willis, Marin County’s public health officer. “That link went out, and it was separated from all the contextual information that normally goes along with it.”

The link opens up an online software system, PrepMod, which California is using to coordinate vaccine distribution. It allows people to sign up for a time slot to be vaccinated at the Marin County Civic Center. It typically comes in an email explaining that first vaccine doses in Marin are being offered only to a select group of people, including health care workers, first responders and nursing home patients.

County officials quickly closed the registration system on Sunday after they were notified that the link had been shared on social media sites, Willis said. Officials then sent out an email to anyone who had signed up for an appointment, notifying them that shots would only be given to health care workers who could show medical credentials to those administering the vaccines.

“After that, there was something like 1,000 cancellations that occurred over a day, so it was really encouraging to see that people who had registered recognized that it wasn’t their time and canceled,” Willis said.

The county’s vaccination clinic at the Civic Center operates Tuesday through Saturday. The closure on Sunday and Monday gave health officials enough time to sort out the issue, Willis said. He said he does not believe that anybody who was not eligible to be vaccinated got a shot as a result of the incident because people were required to show proof of employment when they arrived at the clinic.

But the flub illustrates what is likely to be an ongoing challenge as Marin County’s vaccine rollout continues, Willis said. When more doses arrive and more groups of people are invited to get shots, health officials are planning ways to ensure that people who are lower on the vaccine priority list are not jumping ahead.

In the next phase of the county’s distribution plan, scheduled to begin later this month or in early February, shots will be offered to Marin residents age 75 or older and people who work in the education, child care, emergency services, food and agriculture industries. The next tier includes people age 65 and older, the homeless, jail and prison inmates and workers in the manufacturing and transportation industries.

Health officials plan to continue requiring proof of employment from people who are getting vaccinated, Willis said. But at the same time, officials don’t want to slow down the vaccine distribution process with complicated requirements, he said.

“At every step, we’re trying to balance that …read more