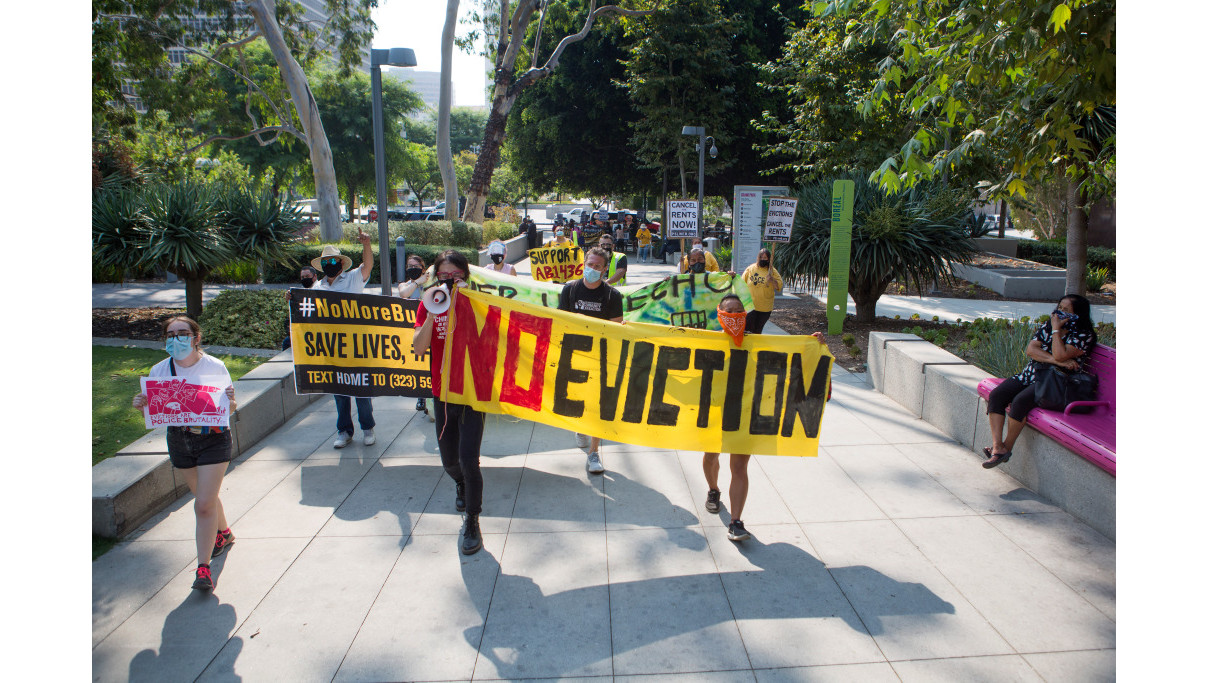 Big landlords increased the number of eviction cases they filed after President Donald Trump announced his recent moratorium, signaling the struggle tenants face getting protection from the federal order.

Institutional landlords filed more than 900 eviction cases across eight metropolitan areas from Sept. 2 to Sept. 8, according to data compiled by Private Equity Stakeholder Project, an activist group partly funded by organized labor. Landlords filed 165 cases in the same markets during the week of Aug. 3.

Fears of an evictions crisis have swirled since expanded unemployment benefits and an original moratorium included in the federal CARES Act expired, with advocates worrying that millions of Americans will lose their homes.

The Trump ban, enacted by the Centers for Disease Control and Prevention to avert homelessness during a pandemic, was seen by tenant advocates as a way to delay evictions. But it provides no funding to cover unpaid rent, putting both landlords and tenants at risk and making it difficult to avert a rental crisis.

“We’re quite surprised by the number of filings we saw,” Jim Baker, executive director at the Private Equity Shareholder Project, said in an interview. “What’s striking is that we’re not talking about mom-and-pop landlords. We’re talking about gigantic companies.”

A wide range of institutional landlords, defined as those that own thousands of units, brought eviction cases during the first week of September. That includes industry giants Starwood Capital Group and Invitation Homes and lesser-known companies like Onni Group, a Vancouver-based developer that manages more than 7,200 apartments.

Tenants who complete necessary paperwork should be protected by the moratorium, but that leaves a big hole if they’re not aware of the legal steps required to get protection and very few have lawyers to help.

Baker’s organization started compiling eviction data in April to determine whether landlords were complying with the original moratorium, which was limited to buildings with federally backed financing.

The research covers 10 large counties covering parts of Atlanta, Houston, Phoenix and five other large metro areas, offering a glimpse into how landlords proceeded in the week after the moratorium was announced on Sept 1. Baker wasn’t expecting to see a jump in evictions because Trump’s new ban goes beyond the old one and applies to all rental buildings.

In more than half of the 17 cities tracked by Princeton University’s Eviction Lab, cases filed by landlords of all sizes surged after the CARES Act moratorium effectively expired Aug. 24, said Peter Hepburn, a research fellow for the group.

While some building owners may not have been aware of the new tenant protections, others “might have been hoping that they could get under the wire, or that the local courts might take a landlord-friendly approach to enforcement,” Hepburn said.