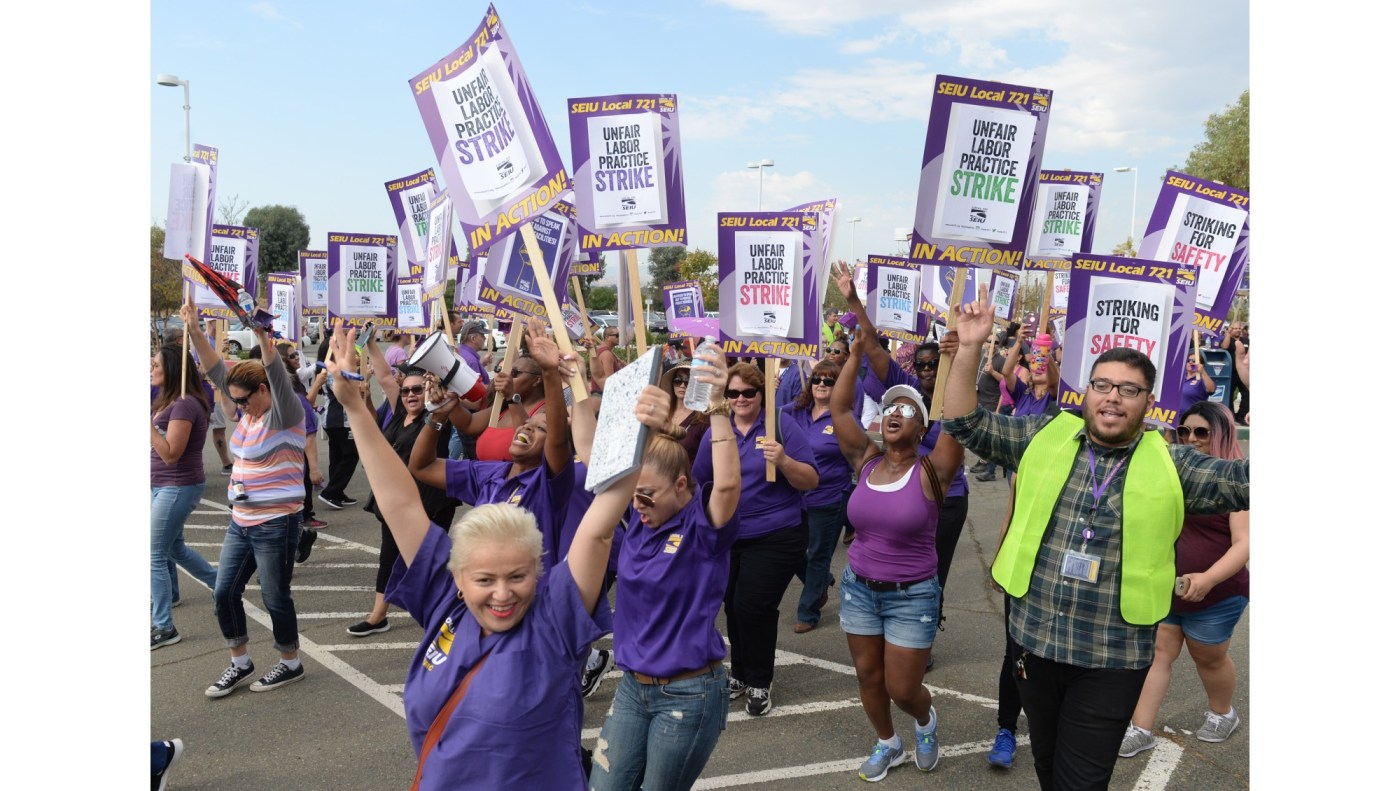 SACRAMENTO — The top staff member at California’s largest labor union has resigned after she and her husband were charged with felonies including tax fraud.

Alma Hernandez served as executive director for SEIU California since 2016. The union represents more than 700,000 workers and is politically influential, regularly donating millions to Democratic candidates. The Sacramento Bee first reported the charges and her resignation.

They were charged with five felony counts of filing false tax returns, allegedly under-reporting their income by about $1.4 million over five years, according to the complaint. They allegedly owe the state more than $140,000 and could face state prison time.

“In the end we know their family will clear their name and they both will return to raising their children and fighting for the future of our family and community,” Mari Hernandez, a family spokeswoman, told the Sacramento Bee. The newspaper did not state Mari Hernandez’s relation to Alma Hernandez.

Hernandez also faces two charges of grand theft and one of perjury for her work as treasurer on a 2014 political committee supporting a state Senate candidate.

The complaint alleges she directed nearly $12,000 in campaign money to her husband for campaign food services that he never provided.

“We are deeply concerned about the allegations against Alma Hernández. We have accepted Ms. Hernández’s resignation, and we have cooperated fully with authorities on this matter and will continue to do so,” Bob Schoonover, executive director of the SEIU California State Council, said in a statement.

Facebook to pay up to $9.5 million to victims to settle claims it discriminated against U.S. workers

He added: “Any misuse of funds is unacceptable, and we are committed to doubling down on our efforts to ensure that all officers and staff adhere to the highest level of ethical and financial conduct.”

Elizabeth Holmes trial: Buddhist Juror No. 4 off jury over concerns about punishment