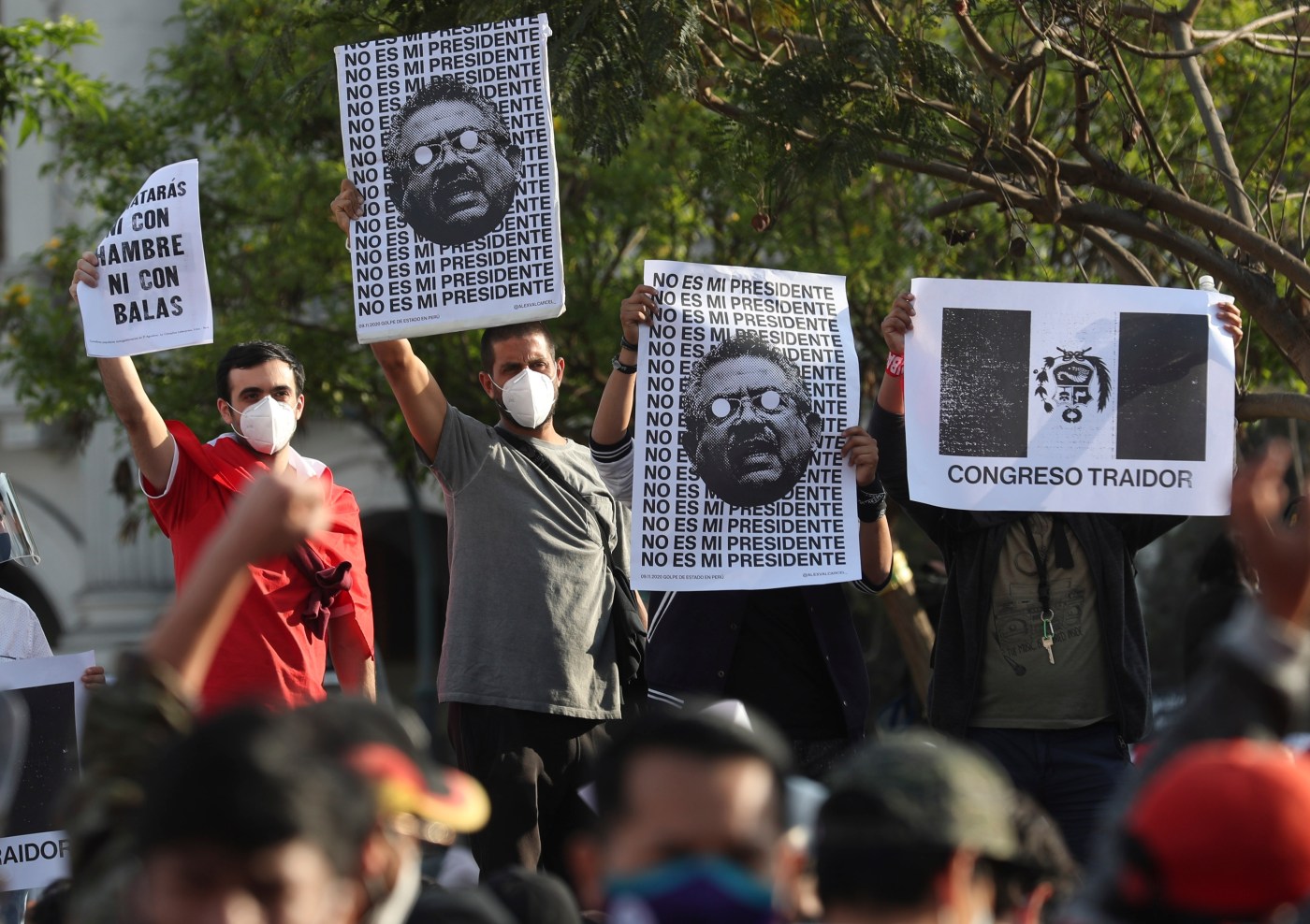 Facing widespread opposition, Peru’s interim president stepped down on his sixth day on the job, plunging a country already facing an economic tailspin and a devastating pandemic into a constitutional crisis.

Manuel Merino, the president, had faced growing calls for him to resign from Peruvians who took to the streets and from prominent political and social leaders. He took power on Tuesday, after legislators shocked the nation by voting to remove the popular former president, Martín Vizcarra, and to swear in Merino, who was the head of Congress.

“I present my irrevocable resignation,” Merino said in a video address to the nation on Sunday.

SHARES
ShareTweet
Dear Abby: I gave her some loving advice and she flew into a rage