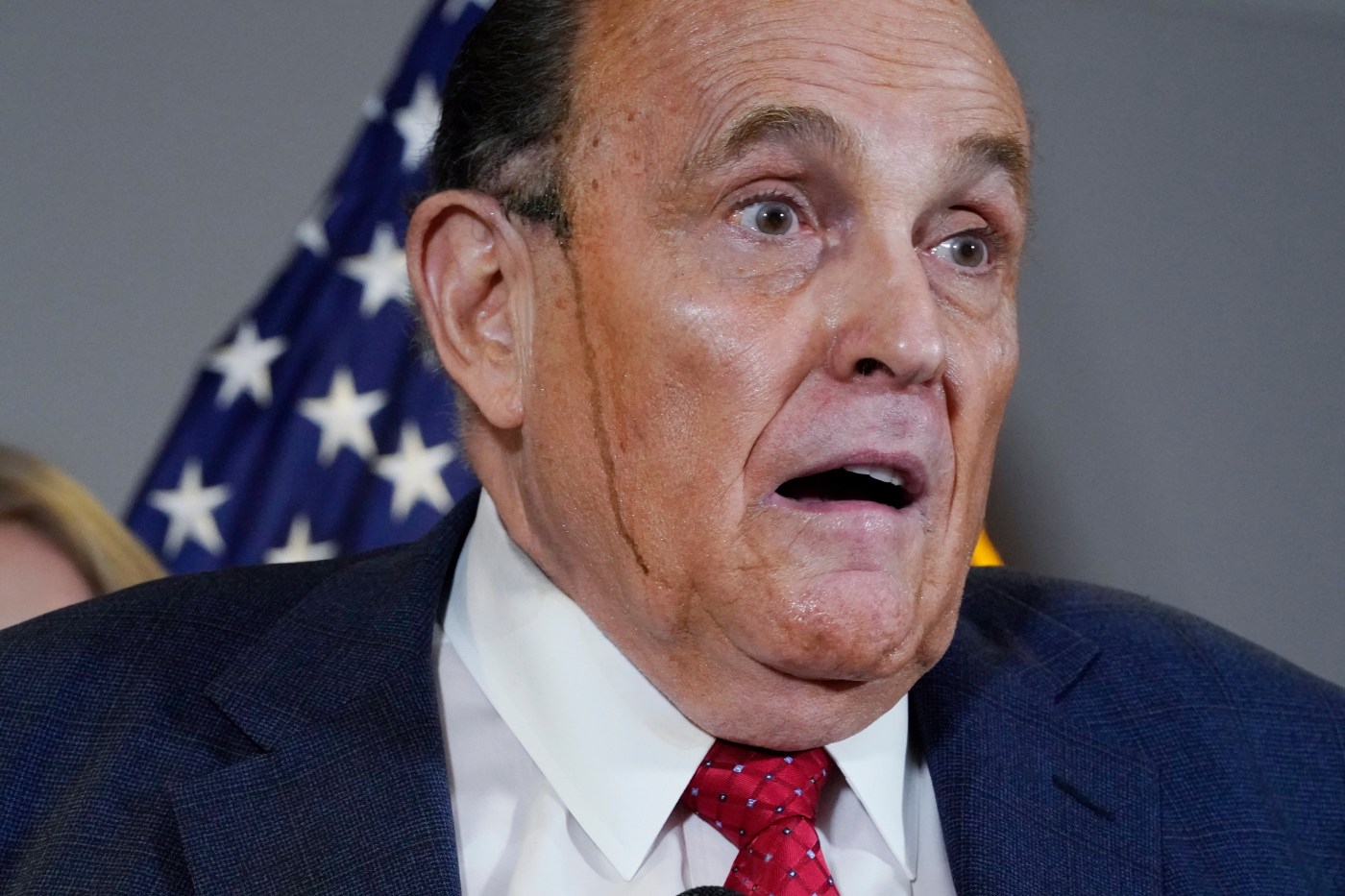 In a wild, tangent-filled and often contentious press briefing led by President Donald Trump’s personal attorney Rudy Giuliani, the Trump campaign’s legal team laid out its case for widespread voter fraud in the election. The roughly 90-minute briefing was overflowing with falsehoods and conspiracy theories.

At no point did Trump’s legal team offer any proof for their allegations of widespread fraud. Jenna Ellis, a legal adviser for the campaign, said the group was laying out an “introductory statement” with more to come, and called the team an “elite strike force.” Also working for the campaign, attorney Sidney Powell made extreme, baseless claims about communist Venezuela and George Soros supposedly interfering in the US election. Giuliani on multiple occasions made allegations citing individuals he said couldn’t be revealed for their own safety and wellbeing.

Many of their specific claims have already been refuted by federal election security experts and a wide, bipartisan array of election administrators across the country.

Here’s a look at some of the top claims made during the briefing and the facts around them.

Giuliani said the Trump campaign withdrew one case in Michigan because its goal was to get the Wayne County board to decertify and they did.

Facts First: This is false. The county’s results were certified on Tuesday night.

Two Republican members of the Board initially deadlocked the vote but then reversed their decision and voted to certify Tuesday night. They have since sent in affidavits to rescind their vote but have not filed any lawsuits to try to force the county to call a new meeting. Since the deadline has passed, the certification still stands.

“One of the reasons why the Republicans did not certify in Wayne County, Michigan, was because the over-vote was so high,” Giuliani claimed. He added, “what I’m describing to you is a massive fraud.”

Facts First: This is false.

What Giuliani called an over-vote is often referred to as an imbalance where the number of ballots tabulated does not equal the number of people signed in to vote at a specific polling location.

Past elections in Michigan with larger imbalances have been certified without issue, including in 2016 when Trump won the state, according the Michigan Secretary of State.

“They certified the vote in 2016 with 80% of Detroit precincts out of balance. And yet today, 42% were out of balance and yet it didn’t get certified, so clearly there is no valid point here,” Michigan Secretary of State Jocelyn Benson said.

Benson told CNN it’s “quite common” for precincts to be out of balance but “it doesn’t indicate there’s any malfeasance,” adding “it’s more of a bookkeeping, clerical issue.”

There are many reasons a precinct could be out of balance and have a discrepancy between the number of ballots cast and the number of people registered into the poll book, according to Chris Thomas who served as …read more