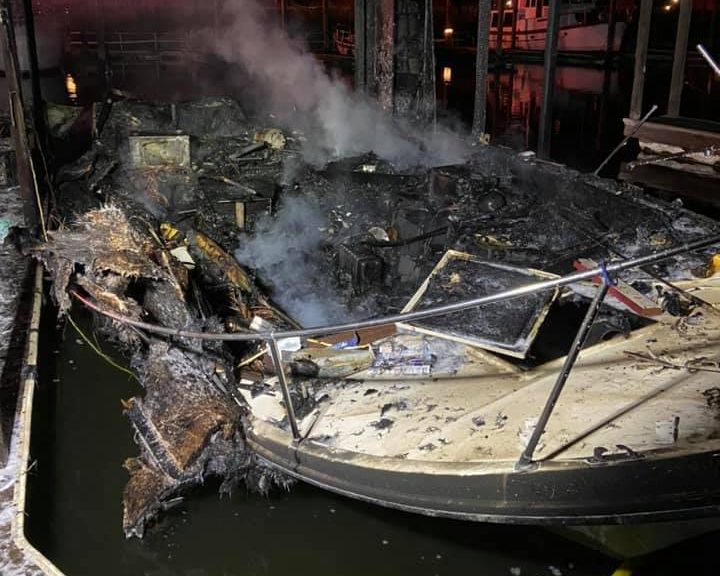 A man who died aboard a boat that went ablaze while docked in Bethel Island did not use a portable space heater properly, likely sparking the fire that sunk the boat, authorities said Tuesday.

Contra Costa County Sheriff’s Office recovery teams raised the boat two days after it sank at the doc on Riverview Place near the San Joaquin Yacht Club on Feb. 7. Authorities identified the man aboard as the boat’s owner as 56-year-old Douglas Hiles.

In a statement, the East Contra Costa Fire Protection District on Tuesday indicated Hiles’ use of the portable heater was to blame.

“It did not have the right specifications to be on the boat,” spokesman Fire Marshal Steve Aubert said by phone Tuesday. “It was a very tight space, and there were a lot of combustible items next to the heater. That’s what happened.”

An autopsy showed that Hiles died of smoke inhalation and was unconscious before the flames reached him, Aubert said.

The boat sank into the Dutch Slough after firefighters put out the fire. They responded to the blaze around 10 p.m. Fire officials said the blaze caused an estimated $22,000 in damages.