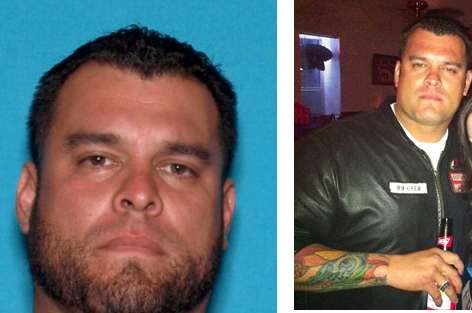 FRESNO — The widespread FBI probe into the Hells Angels included a criminal investigation into the February disappearance of a member of the outlaw biker gang’s Fresno chapter who went missing in February 2015, according to recently filed court records.

On February 11, 2015, Robbie Lane Huff, then 34, of Fresno, seemingly vanished. He is still listed as a missing person on the California Attorney General’s website, though neither local nor state authorities would comment on the current status of his case.

The records by FBI Special Agent Meredith Sparano were turned over to the defense along with similar records related to the alleged murder of Joel Silva, a sergeant-at-arms of the Hells Angels. Prosecutors say Silva was lured to the Fresno Hells Angels clubhouse, shot in the head, and then illegally cremated by a Fresno chapter member. That was in July 2014, roughly seven months before Huff disappeared.

“(Sparano’s) presentations are a matter of processing call detail records (CDRs) from multiple cell phones, address information/facts regarding the alleged crimes (the disappearances of Joel Silva and Robbie Huff), and information regarding the towers accessed for each phone call, text message, and data session,” attorneys representing Ott wrote in court records filed late last month. They do not detail the investigation into Huff nor say how it relates to the Hells Angels case.

A public information officer for the Fresno police department did not respond to requests for comment on the Huff case. A spokesman for the U.S. Attorney’s office in Northern California — which is prosecuting the case — declined to comment, citing legal and ethical restrictions that prevent prosecutors from publicly discussing uncharged allegations or details of pending cases.

But while the Huff disappearance remains a major question mark in the case, new details about the alleged murder of Silva are slowly being made public. At a court hearing Wednesday, Kevin Barry, the lead federal prosecutor said that in 2017, authorities searched the Fresno Hells Angels clubhouse and found evidence that blood had been spilled there. But Barry conceded that prosecutors had no “biological evidence” to support what he described as multiple witness statements that Silva was murdered there and later illegally cremated.

Marcia Morrissey, one of Ott’s attorneys, took issue with the prosecution’s contention that Silva was illegally cremated. She said in court Wednesday that based on material listed as “for attorneys’ eyes only,” there were other witness accounts of how Silva’s body was allegedly disposed of.

“I have to be careful … but if, for example, the prosecution had information from other witnesses who said Mr. Silva was buried or Mr. Silva was dumped in the …read more