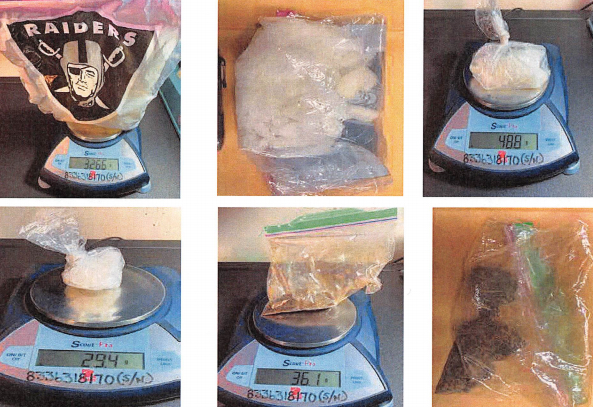 SAN RAMON — Federal prosecutors have charged a San Ramon woman with meth distribution, stemming from a traffic stop where nearly one pound of the drug was recovered, court records show.

Angela Bartoni was charged with possessing meth with intent to distribute, according to a recently unsealed criminal complaint. The charging documents allege that San Ramon police pulled Bartoni back in January and found 13.7 ounces of meth, and more than an ounce of heroin.

According to prosecutors, Bartoni told the San Ramon cop who pulled her over that she was on her way to church at the time. She initially denied having anything illegal and told the officer she didn’t want her car searched. When he informed her that her parole terms allowed police to search her vehicle, she replied, “”Well I don’t have a choice, right?,” according to the complaint.

Bartoni then allegedly admitted to having “illegal stuff” and referred the officer to a Raiders bag. The officer found the meth, heroin, and more than $1,600 in cash, according to the complaint. The Contra Costa District Attorney has filed an asset forfeiture case against Bartoni, an office spokesman said.

Bartoni was arrested in October in connection with the federal complaint, and subsequently released from pretrial detention. She was scheduled to appear in court Monday morning, but her arraignment was postponed to mid-December, court records show.