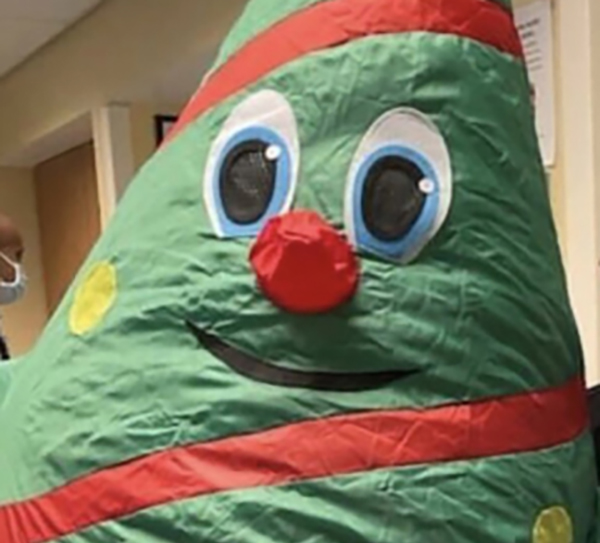 SAN JOSE — The Christmas Day coronavirus outbreak at Kaiser Permanente San Jose continued to spread Tuesday — and hospital workers aren’t the only ones getting sick.

For the first time, 15 patients on Tuesday were added to the growing list of people infected after an employee traipsing through the emergency department in an inflatable tree costume Dec. 25 may have been a super spreader, the Santa Clara County Public Health Department announced.

The tally of positive COVID-19 cases also spiked among Kaiser employees to 77 on Tuesday, up from 60 last week, the county said. One worker, a receptionist, died a week or so after Christmas, although Kaiser hasn’t said exactly when.

When it came to the new numbers released Tuesday, Kaiser Permanente would only say that “we are trying to validate the numbers that the county provided.”

The news comes after the county fined Kaiser $43,000 last week for failing to immediately notify officials of the original 43 cases it made public more than a week later — levying a $1,000 penalty for each case.

Several agencies are investigating the outbreak, including the state Department of Public Health and Cal/OSHA and Santa Clara County. In a news release in early January, Kaiser suggested that a well-intentioned employee spreading holiday cheer may have been the source. The woman in the costume was showing no symptoms at the time but tested positive shortly after.

Coronavirus: California’s post-holiday surge is here, but there is good news

Map: 8 wildfires burning in California after day of high winds

Are your local restaurants, other businesses following COVID-19 rules? Yelp will now post your feedback

Coronavirus experts say it’s possible that the person in the costume could have been an unknowing super spreader — most people are at their most infectious before they show symptoms and the fan in the inflatable costume easily could have vented and spread the virus.

But with the hospital staff required to wear masks and some workers who began their shifts later that day also getting sick, many questions remain about whether there could have been another source of the outbreak.

One patient who spoke with this news organization said she was discharged from the emergency department on Dec. 24, the day before the costumed woman made her appearance. But she also tested positive for the virus and is convinced she became infected at Kaiser.