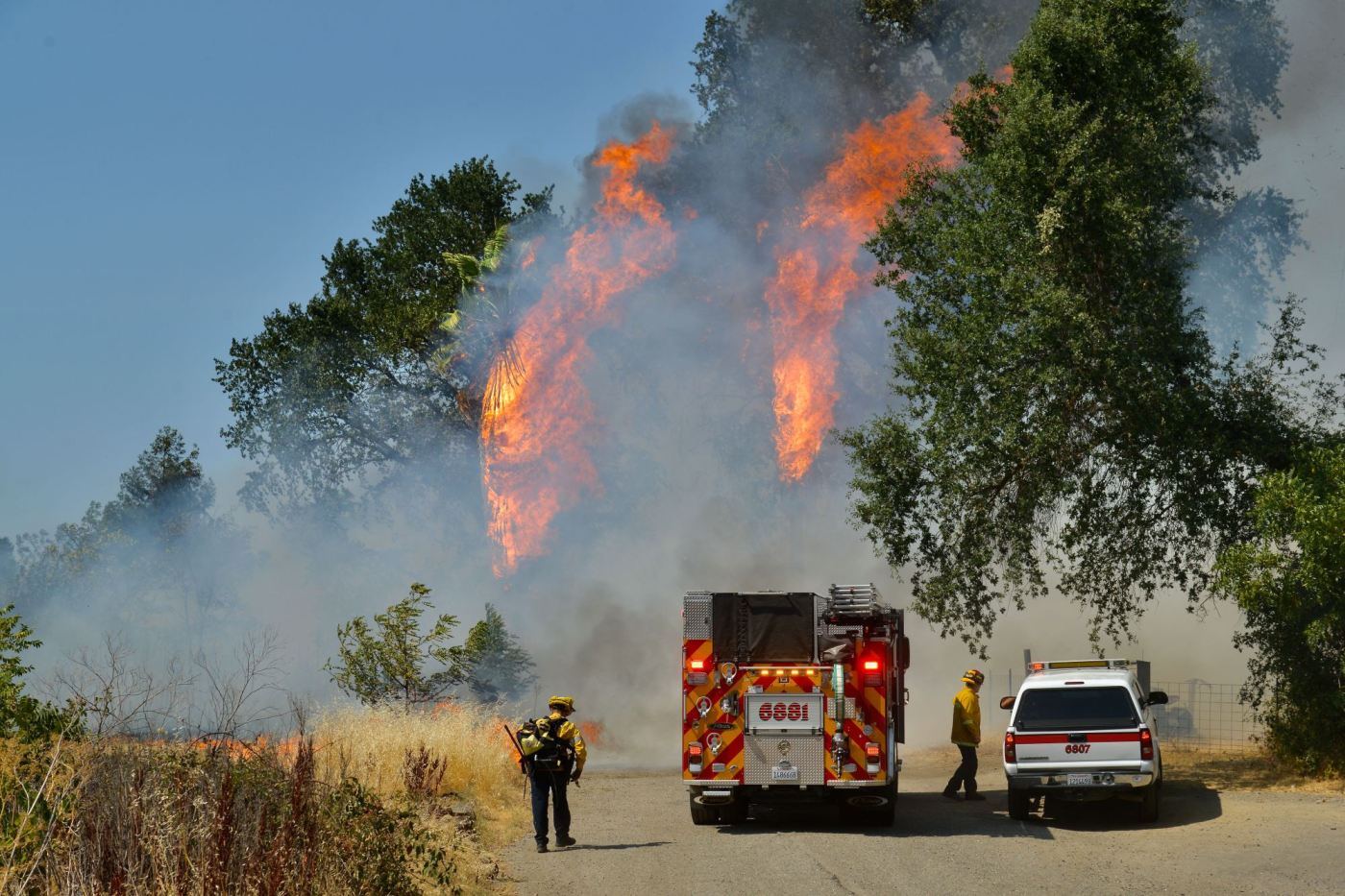 So far this year, the Ukiah Valley Fire Authority has responded to 168 fires, two-thirds of which have been declared arsons, Capt. John Corippo reported last week.

“We responded to 168 fires since Jan. 1, and 113 of those were intentionally set,” said Corippo, describing arsons as 67 percent of the fires UVFA crews have investigated in 2021.

“That number is just mind-boggling to us,” said Corippo, especially given how extremely hot, dry and windy the weather conditions are much of the year now, and how every fire season over the past decade seems to get longer and more dangerous. “We’re seeing fires burn in ways we never have before.”

Arguably the most concerning arson blaze this year was the Hopkins Fire, which started Sept. 12 in Calpella and destroyed dozens of homes. But another arson fire closer to Ukiah had the potential to be just as devastating, Corippo said.

Called the Highway Fire because it started near the River Street exit off Highway 101, that fire quickly jumped the Russian River and headed to the Eastern Hills, where hundreds of residents were evacuated.

“I don’t know why we didn’t get earlier calls about that fire,” said Corippo, explaining that “nearly every day we get calls for a smoke check in the area, because lots of people camp under the bridges there” and typically start warming or cooking fires.

And while Corippo said that 102 of the fires so far this year have been tied to homeless encampments and transient activity that was not necessarily arson, UVFA Battalion Chief Eric Singleton said the Highway Fire was deemed to have been intentionally set.

“All other causes have been ruled out, which leaves only human cause,” said Singleton of the fire which started around 3:15 p.m. Aug. 11, adding that there are signs of encampments “all over the area” and UVFA investigators contacted people who may have seen the fire being started, or witnessed other suspicious activity.

The fire was first described as about two acres in size and burning two structures with the potential to grow to about 50 acres with multiple spot fires reported in the surrounding area.

Singleton said two outbuildings did burn, but crews were able to stop the fire from burning the water plant and nearby homes, although it did cross the river and headed east toward Redemeyer Road, prompting a mix of evacuation orders and warnings for many neighborhoods in the eastern hills, including El Dorado, Vichy Springs, Knob Hill and Deerwood.

No suspect has been identified or arrested in that rapidly expanding fire, which Corippo said is an example of why the UVFA is urging the community to call about every fire they see, as soon as they see it.

“We want to respond as quickly as possible to keep every fire as small as possible,” said Corippo, explaining that firefighters would rather respond to a fire that turns out to not be a problem, than not respond to one before it grows out of control.

“Any time you see fire or smoke where it shouldn’t be, …read more