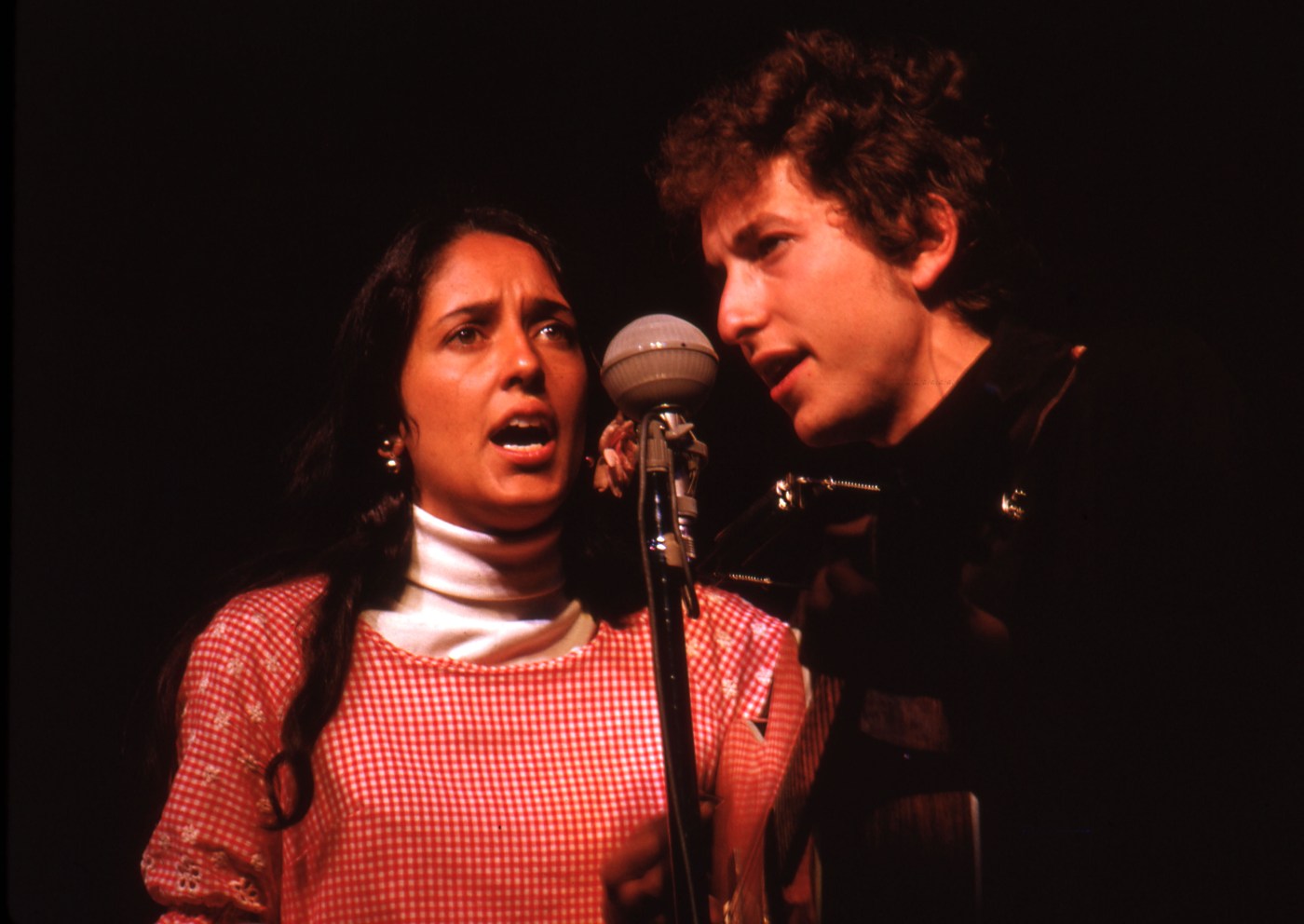 Joan Baez, she of the olive complexion, white smile and straight hair, was among the most photographed singers of the 1960s, a female icon of the protest movement.

She was friends with the Rev. Martin Luther King Jr., sang at the March on Washington and marched with him from Selma, Alabama, barefoot and arm in arm with James Baldwin. At age 21 she was on the cover of Time magazine. One of the few women invited to perform at Woodstock, she was one of its highest-paid performers ($10,000).

And, of course, she mentored Bob Dylan, introducing him to her audience when she was a star and he was merely an up-and-coming songwriter.

“She provided him a national platform,” biographer Elizabeth Thomson explained. “She’s never claimed he would not have been a star on his own, but she sure gave him a jet-propelled start.”

Dylan is the subject of a bookcase full of books. Thomson’s newly published “Joan Baez: The Last Leaf” may have the distinction of being the first biography of Baez, at least in English — apparently bios have been written in French and German.

Can it really be that Baez, who’ll turn 80 on Jan. 21 and who’s in the Rock and Roll Hall of Fame, had never been the subject of a biography? Now there’s something to take to the streets about.

“I find it surprising,” Thomson told me in a video interview from London, “given how many people who don’t merit biographies have one. For much of that time she was too unfashionable” — she made air quotes — “to be written about. I had trouble selling magazine articles about her.”

Thinking small: How coronavirus is changing how we build homeless shelters

Sexism may be one reason Baez’s achievements have been downplayed. And yet, Thomson said, “any woman who’s picked up a guitar after 1963 was influenced by her.”

Baez has a couple of local connections for us in Redlands and Claremont.

Her parents, Albert and Joan Sr., and sisters Mimi and Pauline lived in Redlands in the 1950s while Albert taught physics at the University of Redlands.

Redlands High is where Baez learned to sing, joining the choir and performing “Earth Angel” solo in the talent show. “In my dreams, our tiny one-story white house in Redlands is the one I return to most often,” Baez wrote in her memoir “And a Voice to Sing With” of their 920 Campus Ave. home.

Baez was the subject of a 2017 column of mine about her long-vague connection to Claremont.

While Albert taught at Harvey Mudd College in 1960-61, the family — minus Joan, who had already launched her professional career — lived at 12th Street and Berkeley Avenue. Baez is known to have visited Claremont three or four times, including a performance at Bridges Hall of Music four days before Christmas 1960. And photos for her second album, “Joan Baez, Vol. 2,” were shot at their home by William Claxton.

Local angles aside, it’s astonishing that Baez hasn’t been more documented given all she’s done. And with Thomson willing to be interviewed across the …read more