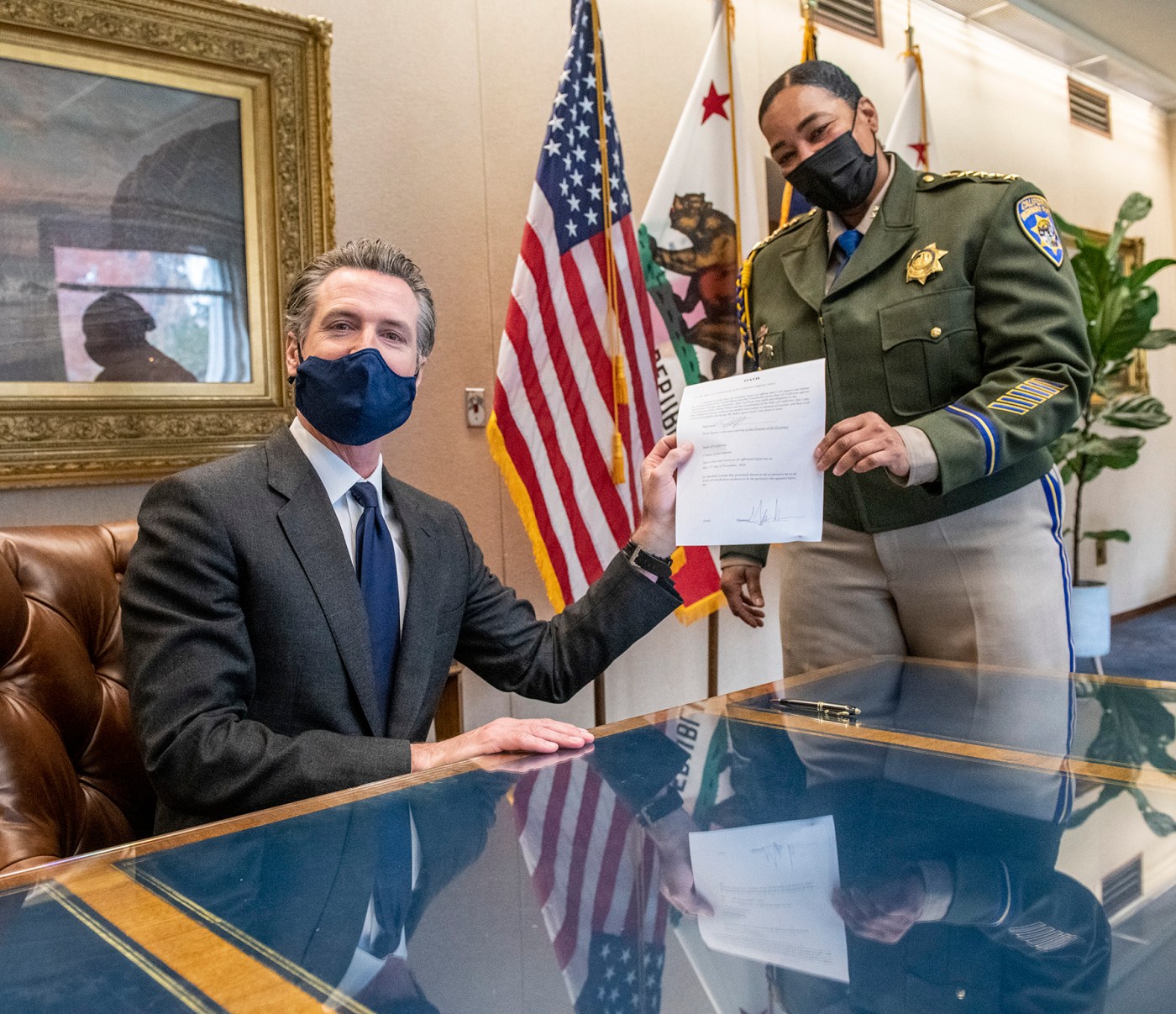 Amanda Ray was sworn in Tuesday as commissioner of the California Highway Patrol, making her the first female leader in the CHP’s 91-year history.

Gov. Gavin Newsom administered the oath of office in Sacramento.

Ray was appointed by the governor in October to succeed Commissioner Warren Stanley, who has retired after 38 years of service.

“I am thankful to Governor Newsom for trusting me to lead this exceptional organization and honored to follow in the footsteps of many innovative leaders who have come before me, including my friend, Warren Stanley,” Ray said in a press statement. “I would not be where I am today without the foresight of those in 1974 who decided to give women the opportunity to become CHP officers, paving the way for many women to assume leadership roles in the Department.

“I look forward to further guiding the Department and its 11,000 women and men in engaging with the communities we serve to ensure California remains a safe place to live, work, and visit.”

Ray began her career with the CHP in 1990, rising through the ranks to become deputy commissioner in February 2020. She has served as incident commander during several high-profile events, including the department’s response to COVID-19, civil unrest and wildfires.

Ray appointed Jim Epperson as deputy commissioner, her second-in-command responsible for the day-to-day operations of the department, and Ryan Okashima as assistant commissioner, staff division.

Rich Stewart was promoted in August to assistant commissioner, field division, responsible for all patrol and air operations throughout the state as well as protective services.

Oakland man charged with murder in connection with March shooting