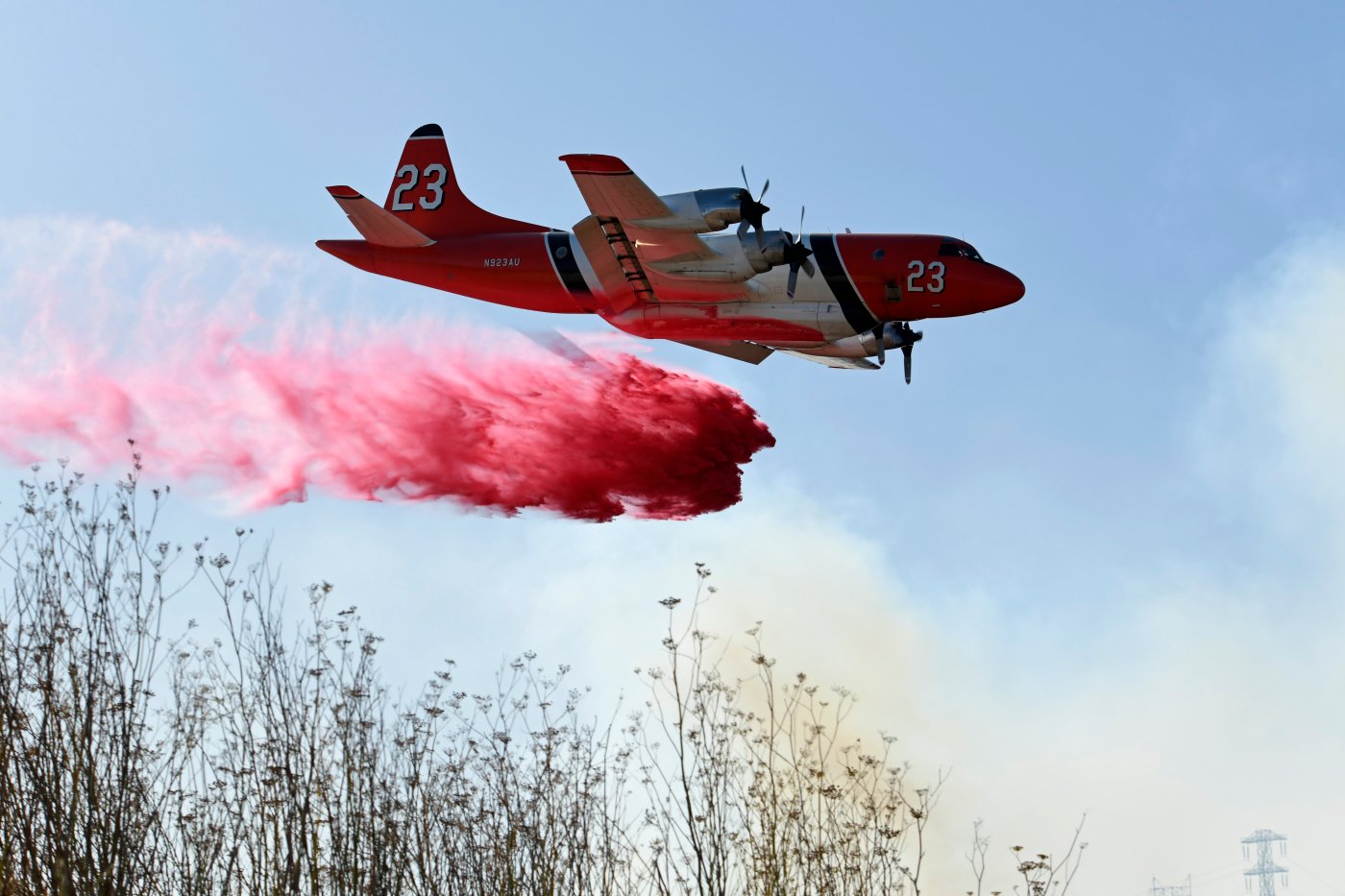 A five-alarm grass fire ignited on one of the most distinctive hillsides in the Bay Area, producing smoke and flames on Sign Hill alongside the signature “South San Francisco The Industrial City” lettering introducing motorists and airplanes to the Peninsula berg.

It was a significant scare for nearby residents, some of whom were evacuating as firefighters sprayed water from the balconies of hillside homes and a Cal Fire airplane dropped red flame retardant from above. Within an hour of the fire’s eruption just before noon Friday, there were ample indications that firefighters were making rapid headway in keeping the fire from seriously threatening homes.

Amid scorching temperatures in the region and red-flag wind warnings through Saturday, it was another reminder of how fire-fatigued Californians have gotten this past year — where wildfires have burned more than twice as much land as any  previous year on record.

The South San Francisco fire came amid a tumultuous 36 hours in which the state learned that it had been denied federal disaster status — and corresponding financial relief — for a series of massive September wildfires throughout the state, including the devastating Creek Fire east of Fresno. Then, the Trump Administration reversed course a few hours after Gov. Gavin Newsom signaled his intent to appeal.

“Just got off the phone with President Trump who has approved our Major Disaster Declaration request. Grateful for his quick response,” Newsom stated in a tweet and news release Friday afternoon.

Just got off phone with @realDonaldTrump who has approved our Major Disaster Declaration request.

As Trump casts doubt on election, new agency contradicts him

Grateful for his quick response. https://t.co/rF7VFqSENl

The initial denial by the Federal Emergency Management Agency came in a letter dated Wednesday. The agency concluded that the Creek Fire — which has burned about 344,000 acres to date — the Bobcat Fire northeast of Los Angeles, the notorious gender-reveal-party-ignited El Dorado Fire in San Bernardino County, and fires in Menodocino, Siskiyou and San Diego counties were “not of such severity and magnitude as to be beyond the capabilities of the state, affected local governments, and voluntary agencies.”

There wasn’t any more rationale given for the decision, which came as the same agency actually increased federal resource availability to help the recovery from the August Lightning Complex Fires that enveloped huge swaths of the North Bay and Santa Cruz County. Tuesday, FEMA announced it had upped its coverage for debris removal and emergency protective measures from 75% to 100%.