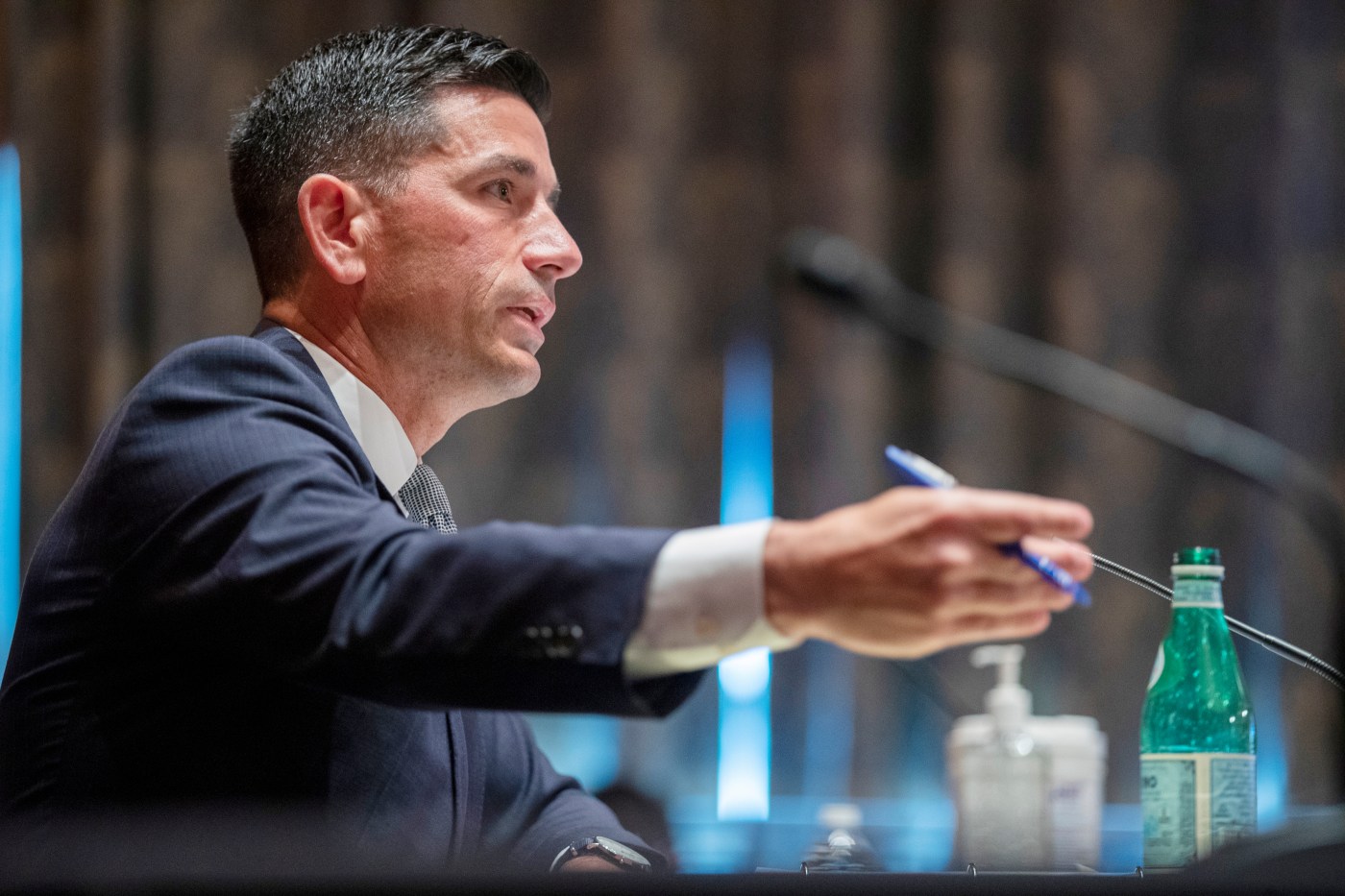 Chad Wolf, who resigned as Homeland Security acting secretary two days ago, said Wednesday that President Donald Trump bears some responsibility for the events at the US Capitol last week.

“He’s the President. What he says matters,” Wolf said in an interview with CNN. “People listen to him — particularly supporters of his, I would say, really listen to him — so there is responsibility there.”

However, it is for Congress to determine if it was an impeachable offense, Wolf said. He told CNN there is also personal responsibility for the rioters who entered the Capitol.

Wolf stepped down as acting secretary on Monday after a government watchdog and federal judges cast doubt on his legitimacy to lead the department, including in a court ruling last Friday blocking Trump administration asylum limits. He served in an acting capacity for 14 months in the top role, a position that now will be filled by Federal Emergency Management Agency Administrator Pete Gaynor for the remaining days of the Trump administration.

The day after the attack on the Capitol, Wolf urged Trump and all other elected officials to condemn the violence in a sharply worded statement, while vowing to stay in his position until President-elect Joe Biden takes office.

“I was disappointed that the President didn’t speak out sooner on that. I think he had a role to do that. I think, unfortunately, the administration lost a little bit of the moral high ground on this issue by not coming out sooner on it,” he said Wednesday of condemning the violence.

Cal Fire Chief: ‘We weren’t prepared for this in January’

Wolf told CNN he would like to see more from the President in terms of calling for nonviolent protests.

“[I]f you’re going to protest, you do that in a very nonviolent way. I’d like to have him speak, have him say that and just that,” Wolf said. “And have that be the message that carries the day.”

He said it’s not just the President but all politicians who need to call for nonviolence, pointing to violent protests over the summer. “Violence is violence,” he said.

Wolf said the decision to leave earlier than planned was due in part to the most recent court case challenging his authority to lead the Department of Homeland Security.

Since resigning from the top role, Wolf has remained at the department to wrap up.

He told CNN he wanted to leave the department in the “best hands as possible.”

“I wanted to make sure that they had an acting secretary that could make certain decisions. Just in the last eight days alone, there’s going to be a lot of decisions that need to be made, whether internally or externally. I didn’t want all those decisions to be litigated,” Wolf said.