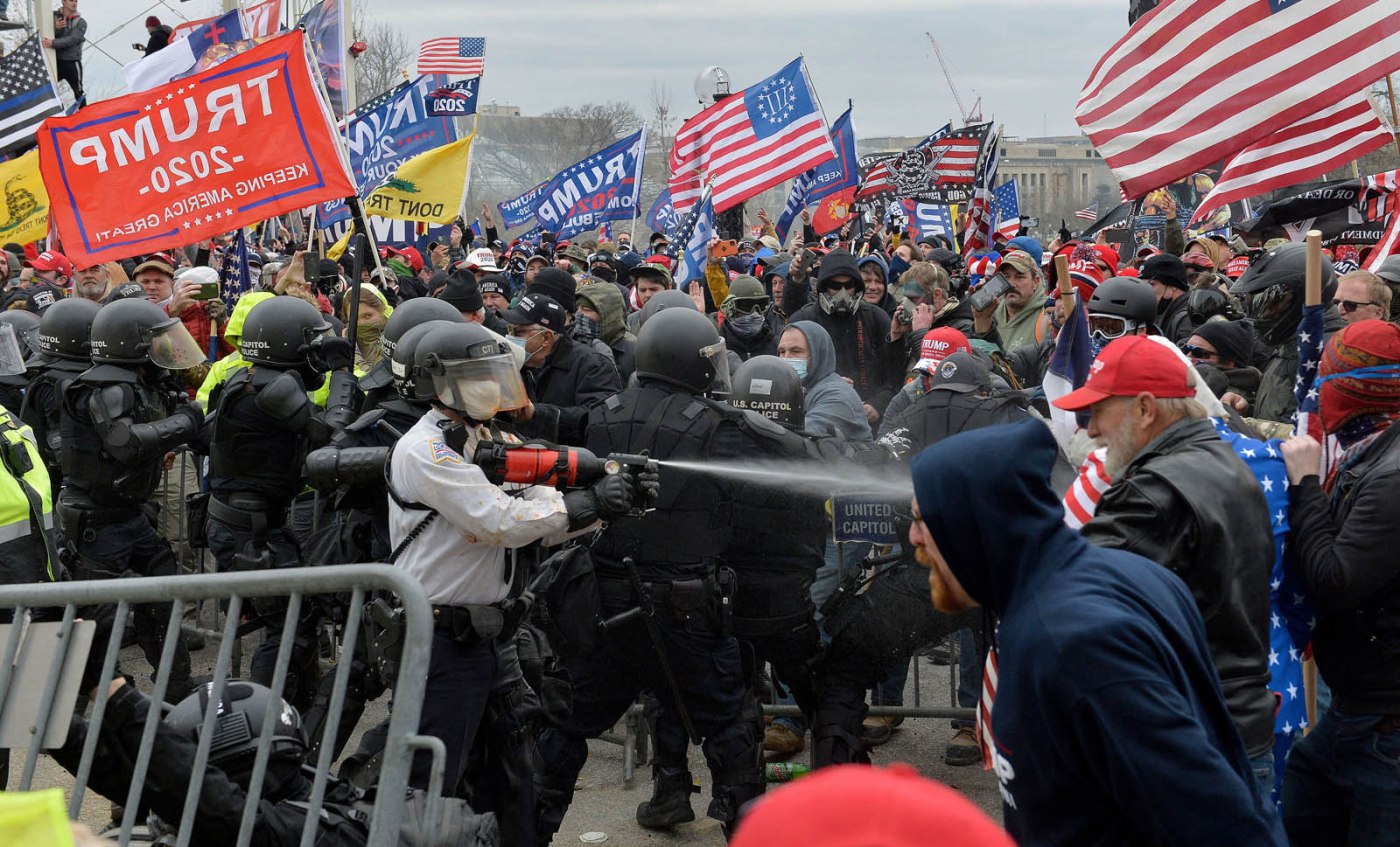 Four people pleaded guilty to charges stemming from the January 6, 2021, US Capitol riot, adding to the ever-growing number of defendants who have accepted responsibility for their part in the attack.

So far, 25% of the over 720 Capitol riot defendants have pleaded guilty to federal charges, most of whom were not accused of violence or destruction inside the Capitol building, and 76 defendants have been sentenced, according to CNN’s latest tally.

Monday, Emily Hernandez, a college junior who was photographed holding a broken shard of House Speaker Nancy Pelosi’s office sign victoriously over her head on January 6, pleaded guilty to illegally entering the Capitol. According to the plea agreement read aloud in court, Hernandez went to the Capitol building with her uncle and a friend.

Hernandez admitted to taking home the broken sign, in addition to a red “Keep Off Fence” sign, a fire extinguisher pin and tag and a “Please Do Not Touch” sign from the base of a statue inside the Capitol. She returned all the stolen signs to investigators in late January.

She faces a maximum of one year in prison.

Days before pleading guilty, Hernandez was allegedly involved in a deadly drunk driving crash in her home state of Missouri. Local news reports say that Hernandez was intoxicated and driving on the wrong side of the street when she collided with another car, killing a 32-year-old mother and seriously injuring her husband. Hernandez also ended up in the hospital.

In light of the collision, District Judge James Boasberg in Washington, DC, prohibited Hernandez from drinking alcohol and driving and ordered that she submit to alcohol and drug testing and treatment. Hernandez is not currently facing any criminal charges related to the deadly crash.

Paul Colbath also pleaded guilty on Monday to unlawfully protesting in the building. According to prosecutors, Colbath had texted his wife that the riot was “wild” and that tear gas was being deployed. Colbath, when inside the building, assisted another rioter who was sprayed with a chemical spray, leading him into a side office where he saw broken windows and graffiti in the room. His sentencing is set for early April.

A couple who was in the Capitol during the riot also pleaded guilty Monday to protesting unlawfully in the building. The government initially began its investigation into Gabriel Burress and Madison Pettit from an online tip and later matched social media images to pictures captured by surveillance cameras in the building. The pair was arrested in August.

Esther Schwemmer, 56, who went to the Capitol with her friend — who was sentenced in December for her participation in the riot — was sentenced to two years’ probation Monday.

The Department of Justice had asked for 30 days home confinement, citing how the defendant, Schwemmer, encouraged her friend, Jennifer Parks, to go into the Capitol and up a flight of stairs to the rotunda.

Schwemmer told Judge Dabney Friedrich she was “deeply ashamed of my actions that day. Nothing about it was …read more