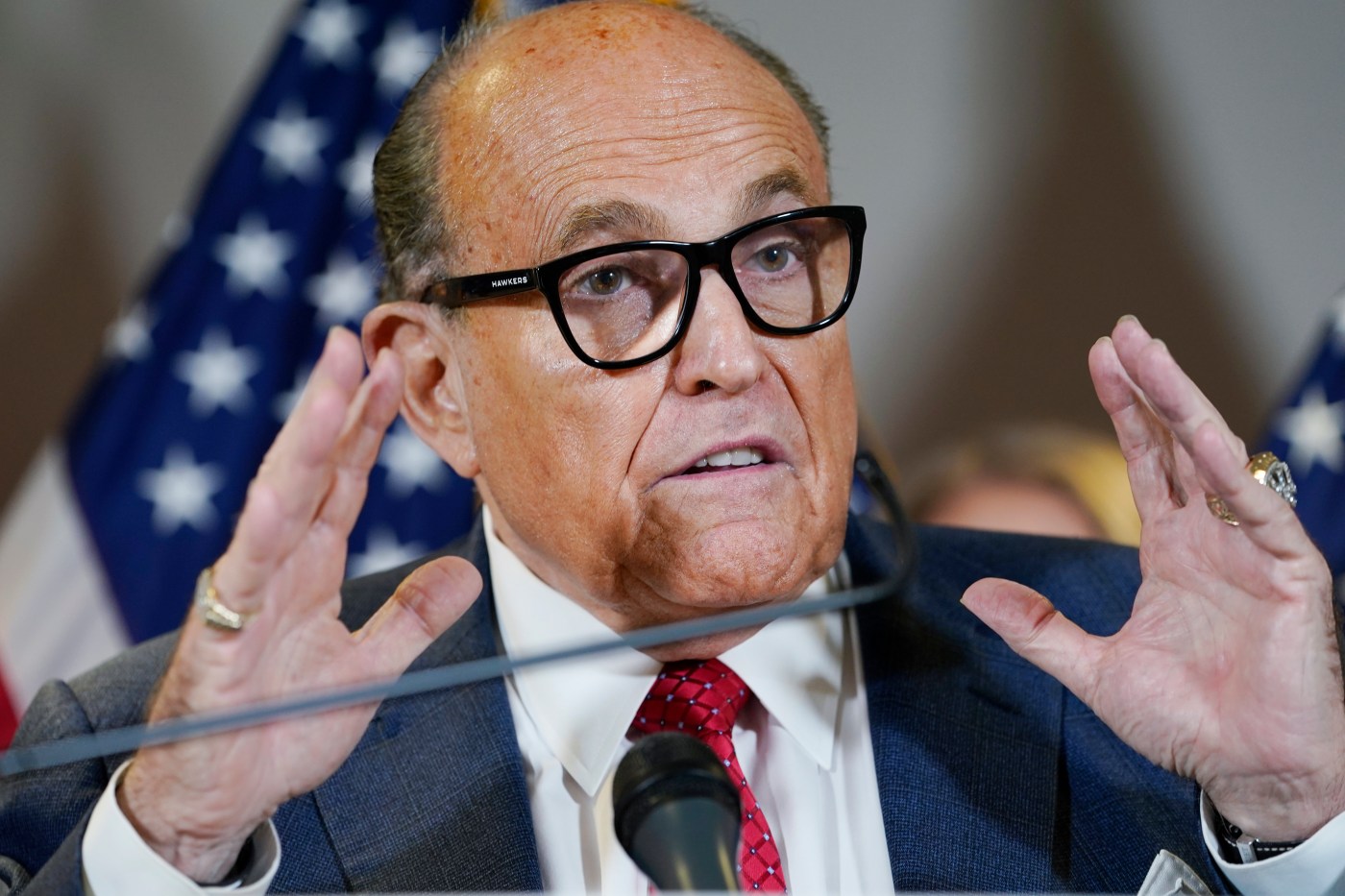 Federal agents conducted an early morning raid on Rudy Giuliani’s Manhattan apartment and offices on Wednesday, looking for dirt on his possibly shady dealings with Ukraine.

Naturally, the right is livid. They think this is a politically motivated witch hunt perpetrated by the left to do further damage to an ex-president who most Americans no longer think about.

But they’re missing the bigger picture.

This could be just the golden goose the right needs to bring new life to their faltering campaign to expose Hunter Biden as the lying, cheating, loafer of a son they insist that he is, and to take his doting dad — the president — down with him.

Of course, that’s not what the FBI is looking for in Giuliani’s potential treasure trove of goodies. They are seeking evidence that he acted as a double agent in 2019, while serving as Donald Trump’s personal attorney and lobbying the administration on behalf of Ukrainian officials and oligarchs.

In a classic case of “you scratch my back and I’ll scratch yours,” the Ukrainians would gather dirt on the Bidens and help Trump win reelection and Giuliani would use his connections to the president to get them what they wanted, including the removal of the U.S. ambassador to Ukraine, Marie Yovanovitch.

Leave it to Giuliani to figure out a way to make everyone happy, while enjoying the international clout he has craved since his time as mayor of America’s biggest city and a chance to prove that he’s still got it as a political operative. No one can be sure that he also didn’t fill his pockets while doing so.

If investigators find what they need to charge Giuliani, he might end up being a sacrificial lamb for the GOP. Trump loyalists would consider that an excellent trade-off if the FBI happened to stumble upon some useful Hunter Biden information in the process.

Tucked away deep inside Giuliani’s computer hard drives, electronic devices and other correspondence seized by the FBI could be juicy details of everything Giuliani and his Ukrainian operatives uncovered regarding Hunter Biden’s work in Ukraine.

It’s a long shot, but if it happens, Giuliani would be able to prove that he — and by default, Trump — were right all along. Hunter Biden was up to no good in Ukraine and his powerful dad, who was vice president at the time, covered it up.

You might have thought that the right had forgotten about Hunter Biden’s troubles in Ukraine and moved on to fresher issues, such as his alleged financial dealings with China and lying on his gun application.

But the biggest prize always has been in Ukraine. That’s the best shot they have at linking Joe Biden directly.

Their hopes and dreams remain focused on proving that Biden would stop at nothing to protect his son, including orchestrating the 2015 ouster of the Ukrainian prosecutor who may or may not have been investigating Hunter Biden’s employer for alleged money laundering and other crimes.