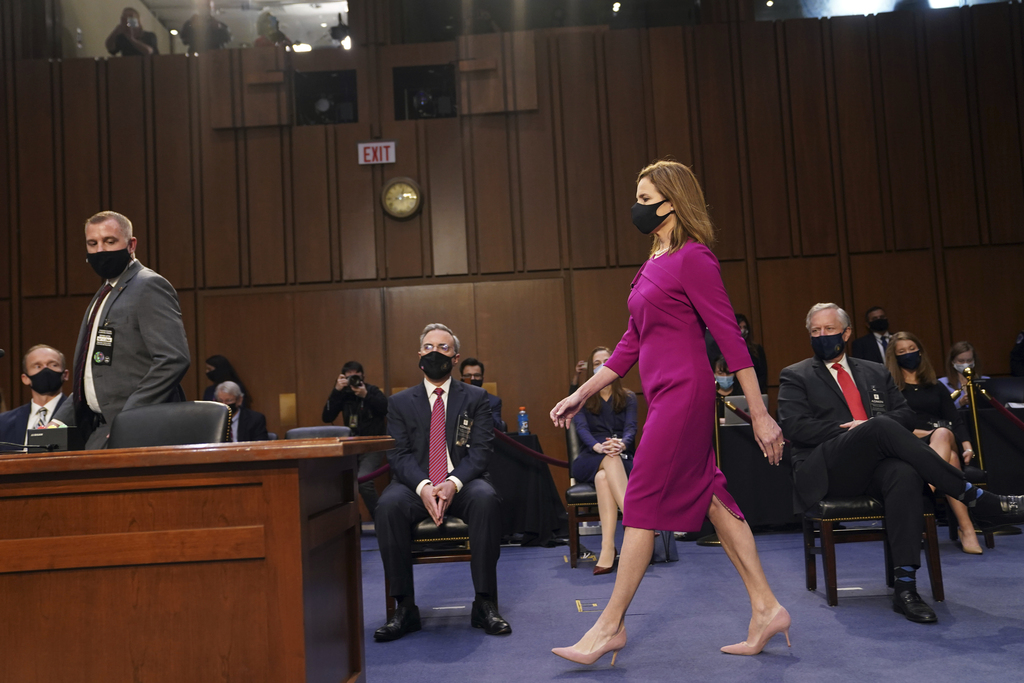 Four years ago, when many Republicans believed that Hillary Clinton was about to be elected president, conservatives plotted to stop her from reshaping the U.S. Supreme Court.

“The Senate should decline to confirm any nominee, regardless of who is elected,” Michael Stokes Paulsen wrote in National Review. “More than that, it is time to shrink the size of the Supreme Court.” Paulsen proposed that Congress reduce the court to six justices, its original size. “It is entirely proper for Congress to adjust the size of the court either to check judicial power or to check executive appointments,” he wrote.

This was not, at the time, an outré position on the right. In October 2016, Sen. Ted Cruz suggested that the Senate, which had refused to even consider Barack Obama’s nominee to fill Antonin Scalia’s seat, wouldn’t move on a Clinton nominee either, essentially reducing the court to eight judges. “There is certainly long historical precedent for a Supreme Court with fewer justices,” he said. Sen. John McCain, now remembered as an icon of bipartisan institutionalism, said that if Republicans held the Senate, they might not let Clinton fill any Supreme Court seats, though he later tempered his stance.

Now, facing another presidential election that they expect to lose, Republicans are caterwauling about Democratic calls to expand the court. As they prepare to jam through Donald Trump’s Supreme Court nominee, Amy Coney Barrett, Republicans are shocked — shocked! — that Democrats would contemplate playing constitutional hardball just as Republicans do. If Democrats jettison the Senate filibuster and add judges to the Supreme Court, Sen. Ben Sasse said on “Fox News Sunday,” they’d be “suicide bombing” U.S. institutions.

Say this for Republicans: They are very good at umbrage. It might even be sincere; from Reconstruction to the New Deal to the civil rights revolution, conservatives have long felt genuinely victimized by the prospect of equality. That doesn’t mean, however, that bad-faith right-wing arguments about the courts merit a respectful hearing.

Throughout Obama’s administration, Republicans went to extraordinary lengths to stop the president from appointing federal judges, describing his ordinary attempts to fill vacant seats as “court packing.” Sen. Tom Cotton, then in the House, even sponsored a bill, the Stop Court-Packing Act, that would have shrunk the Court of Appeals for the District of Columbia Circuit from 11 judges to eight.

The Republican blockade of Obama’s picks eventually led the Senate majority leader at the time, Harry Reid, to abolish the filibuster for most federal court nominees in 2013. But Reid didn’t do it in time; Republicans won back the Senate in 2014 and essentially shut down the confirmation process for lower court judges. One of the nominations Republicans scuttled was that of Myra Selby, whom Obama chose for the 7th U.S. Circuit Court of Appeals. In 2017, Republicans installed Barrett in that seat.

Republicans did all this because they could. Now that Democrats might respond in kind, diluting conservative control of the courts and thus depriving Republicans of their prize for enabling Trump, Republicans have the audacity to pose as …read more