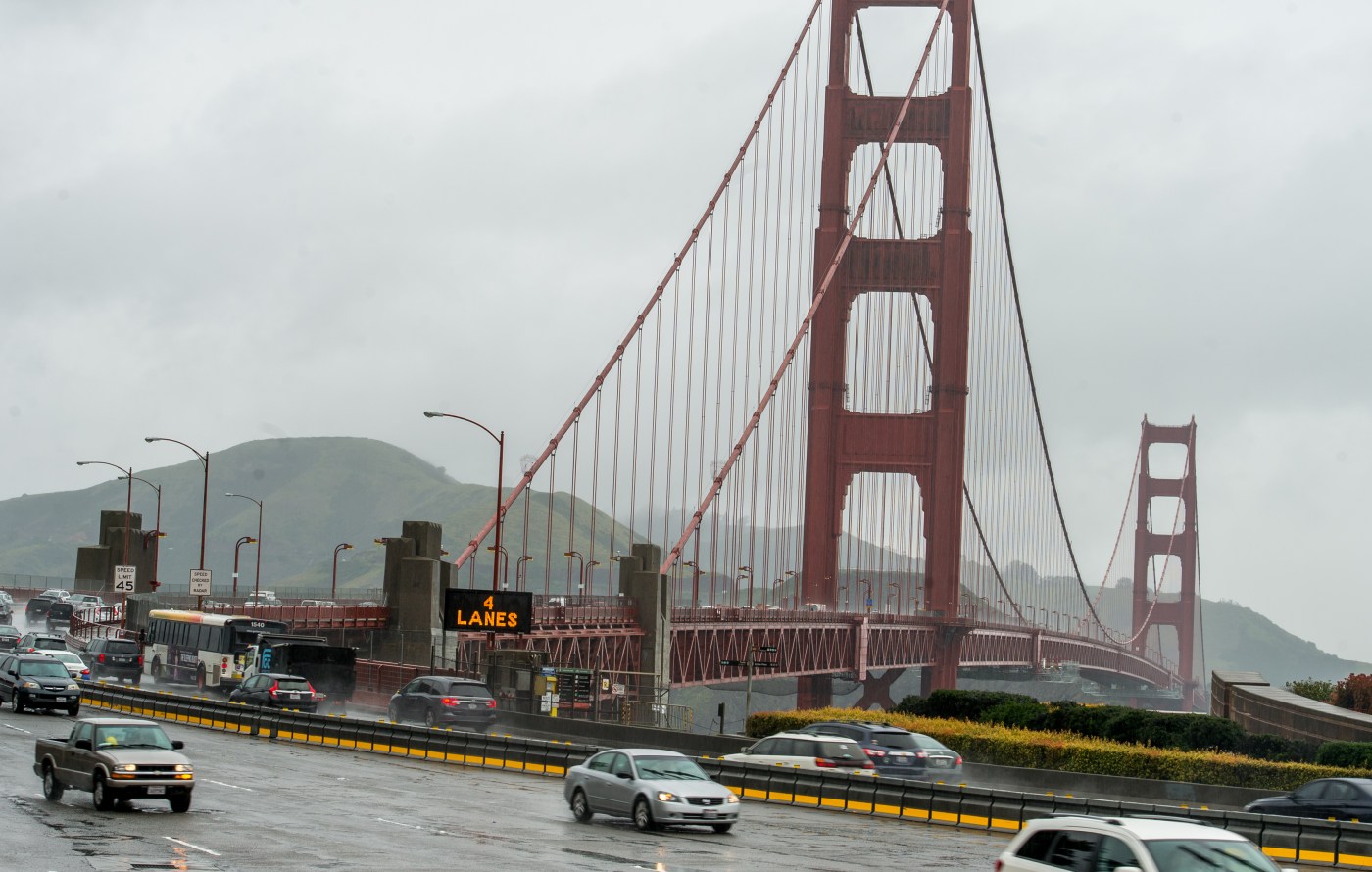 Golden Gate Bridge tolls could temporarily rise by up to $2 to prevent nearly 150 bus and ferry workers from being laid off in December.

Federal stimulus grants have allowed the Golden Gate Bridge, Highway and Transportation District, which maintains the bridge as well as ferry and bus services, to avoid layoffs despite losing an average of $2 million per week in toll and transit fare revenue as a result of the coronavirus pandemic.

However, the district’s $52 million in federal relief funds are set to run out at the end of November with no replacement in sight.

“Every day we send some bus drivers home without driving while paying them for a full eight-hour day,” said Denis Mulligan, the district’s general manager. “And every day we have ferry deckhands that we’re keeping busy painting stuff, including curbs and bollards at the parking lot in Larkspur, just to keep them actively working. … Unfortunately, the pandemic has lasted much longer than anyone has anticipated, and unfortunately there hasn’t been another round of coronavirus relief.”

Facing a $48 million budget deficit and a continuing slump in toll and fare revenue, the district will consider three options on Friday: cutting 205 positions; temporarily raising tolls by $2 to prevent the layoffs; or temporarily increasing tolls by $1.25 and furloughing employees once a week.

If the district board chooses to consider a toll increase, it will hold a public hearing on Dec. 4 for a final vote. Any toll increases would last 180 days before being reviewed again.

Should the board decide against a toll hike, the layoffs would begin as soon as Dec. 5.

There was a 28% increase in child Covid-19 cases over the last two weeks, American Academy of Pediatrics says

The layoffs would affect nearly 25% of the district’s 840 positions on staff. About 146 district employees would be laid off before the end-of-year holidays under the proposal. The remaining 59 positions being considered for cuts are vacant and frozen positions. The district would give severance packages to employees and would work to rehire as many as possible when more funds are available, Mulligan said.

Unions representing the bus and ferry staff have been meeting with the district since September to discuss options.

“We are prioritizing our members, their health care and families during this difficult time,” said Amalgamated Transit Union Local 1575 president Shane Weinstein, whose union represents the district’s nearly 250 bus employees. “We support the district’s endeavors that protect the livelihood of our members who are frontline, essential transit workers and who are exposed daily to the pandemic and its effects. We are doing our part and we expect the district and the directors to do theirs.”

In previous board discussions, union officials called on the district to consider other options, including dipping into reserve funds, incentivizing early retirement, furloughs and cutting management salaries.

If no action is taken, the district would need to dip into its nearly $219 million reserve fund that is used to pay for various transit and bridge projects over a 10-year period, Mulligan said. These projects include the ongoing seismic retrofit and ongoing construction of the suicide barrier on the bridge.