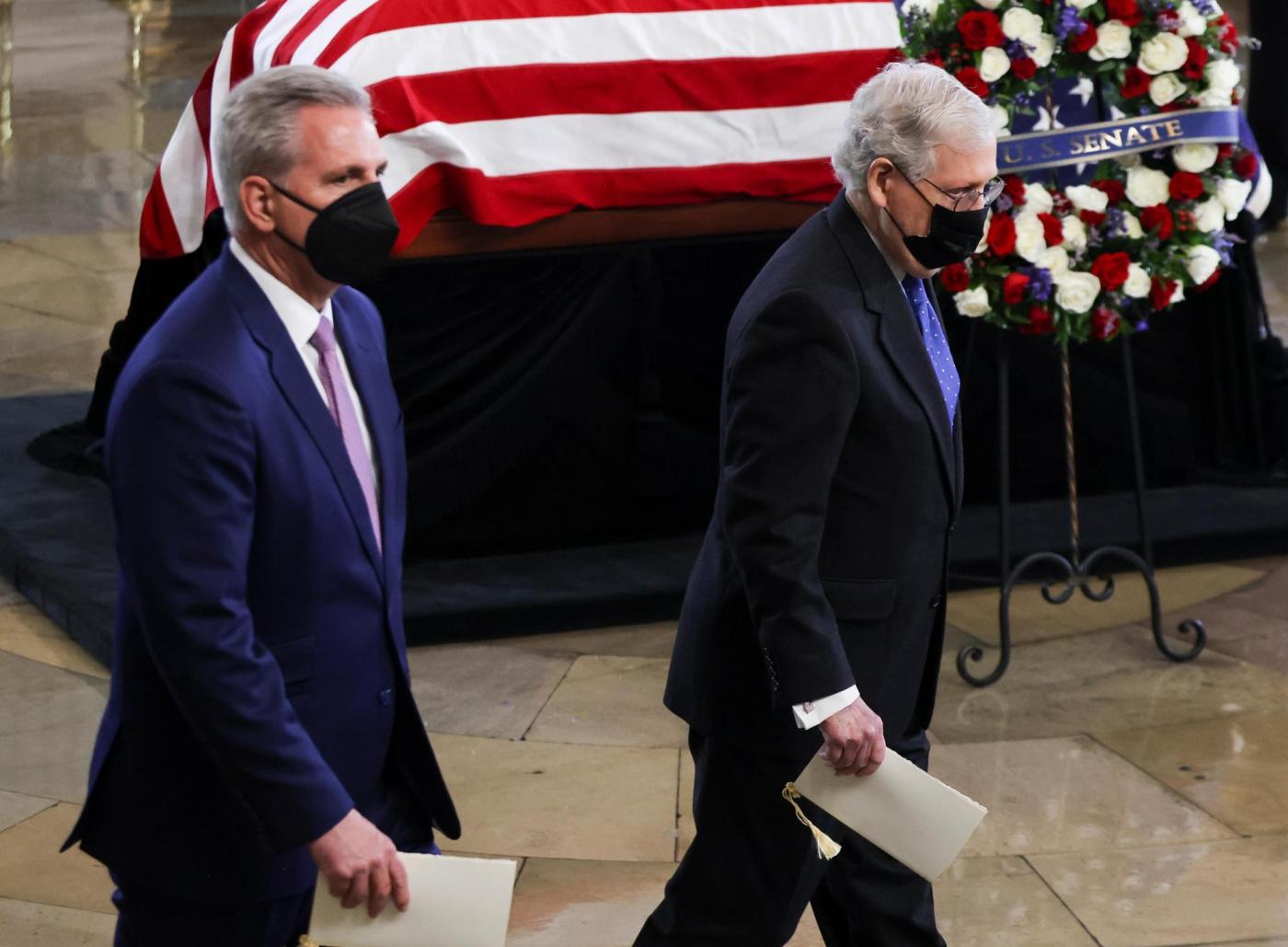 By FARNOUSH AMIRI and ERIC TUCKER

WASHINGTON (AP) — House Minority Leader Kevin McCarthy is refusing a request by the House panel investigating the U.S. Capitol insurrection to submit to an interview and turn over records pertaining to the deadly riot.

The panel is seeking first-hand details from members of Congress on then-President Donald Trump’s actions on the day hundreds of his supporters brutally beat police, stormed the building and interrupted the certification of the 2020 presidential election.

McCarthy, R-Calif., issued a statement Wednesday refusing to cooperate with the House committee. He said the investigation was not legitimate and accused the panel of “abuse of power.”

He told Fox News Channel on Thursday that he had nothing to add beyond his media interviews after the riot. He claimed some committee members want “to deny me ever the chance to be speaker,” if Republicans retake the House in the 2022 midterm elections.

Mississippi Rep. Bennie Thompson, Democratic chairman of the panel, requested that McCarthy provide information to the nine-member panel about his conversations with Trump “before, during and after” the riot. The request also seeks information about McCarthy’s communications with then-White House Chief of Staff Mark Meadows in the days before the attack.

McCarthy told Fox News Channel on Thursday that he had nothing to add beyond his media interviews after the riot. He claimed that that some members of the House panel want “to deny me ever the chance to be speaker” if Republicans retake the House in 2022 midterm elections.

In his letter, Thompson said the panel “must learn about how the President’s plans for January 6th came together, and all the other ways he attempted to alter the results of the election. For example, in advance of January 6th, you reportedly explained to Mark Meadows and the former President that objections to the certification of the electoral votes on January 6th ‘was doomed to fail.’”

It remains unclear whether the panel will be able to gain testimony from McCarthy or any other congressional allies of Trump. While the committee has considered subpoenaing fellow lawmakers, that would be an extraordinary move and could run up against legal and political challenges.

The panel is seeking a window into Trump’s state of mind from an ally who has acknowledged repeated interactions with the then-president. The committee also wants to question McCarthy about communications with Trump and White House staff in the week after the violence, including a conversation with Trump that was reportedly heated.

The committee acknowledged the sensitive and unusual nature of its request as it proposed a meeting with McCarthy on either Feb. 3 or 4. “The Select Committee has tremendous respect for the prerogatives of Congress and the privacy of its Members,” Thompson wrote. “At the same time, we have a solemn responsibility to investigate fully the facts and circumstances of these events.”

Democrats have been seeking more information about McCarthy’s communications with Trump since the former president’s second impeachment trial last year. At one point in the trial, Democrats said they would try and call Rep. Jaime Herrera …read more