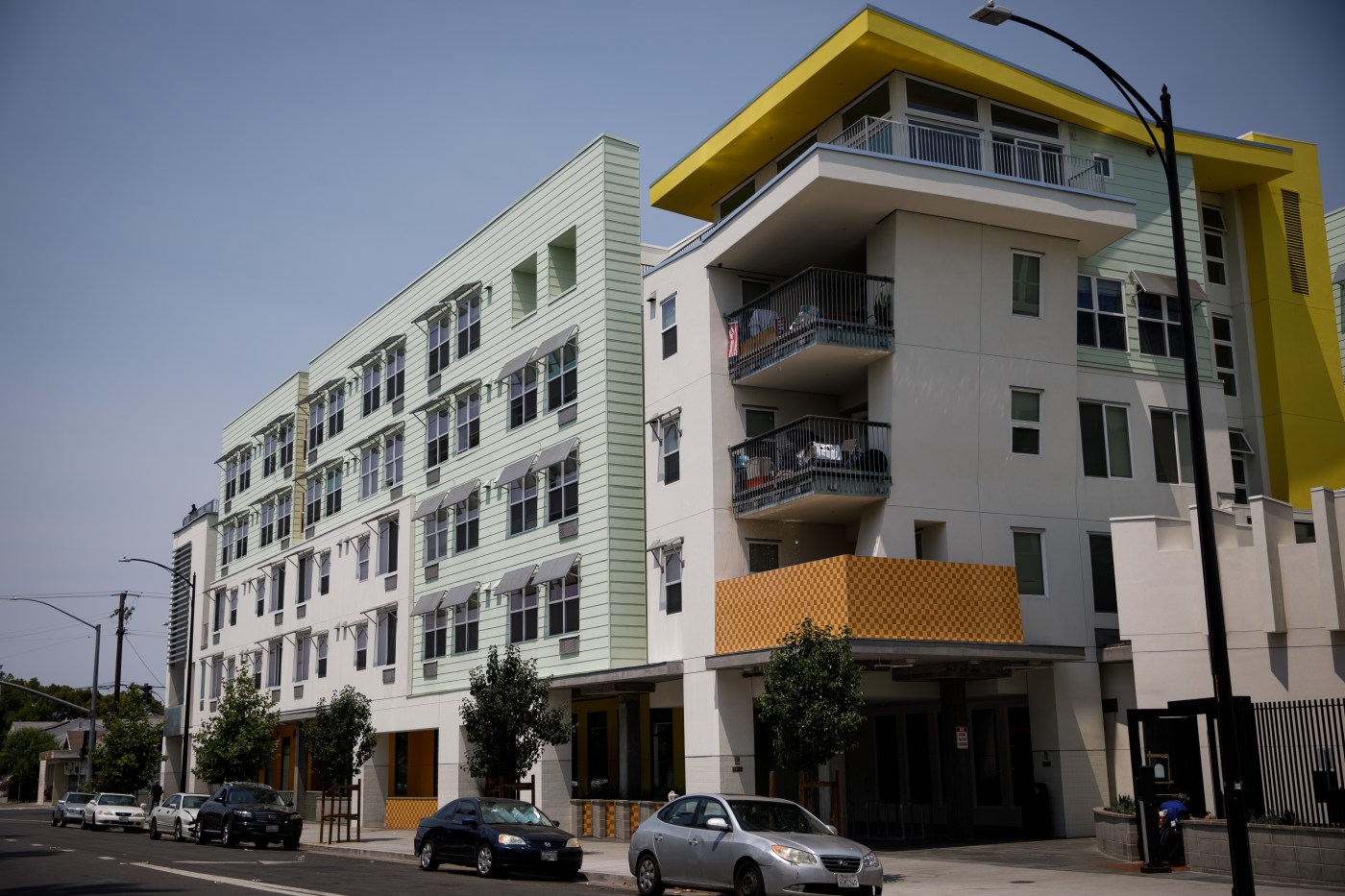 There’s no denying the stigma that surrounds affordable housing projects, even in seemingly progressive areas like Silicon Valley. Just the word “projects” conjures visions of bland concrete structures, cookie cutter buildings built to pack low-income people in like sardines. This image is one of the drivers of NIMBYism for sure.

But take a look at Second Street Studios on Keyes Street, just on the edge of downtown San Jose. The five-story, 135-unit affordable housing building just won the American Institute of Architects Silicon Valley Design Award for its architect, Rob Wellington Quigley. It has a colorful, quirky design that would catch the eye of many apartment-shopping millennials.

The building was developed by San Jose-based First Community Housing, which brought Palo Alto-based RWQ on to design the complex, which provides housing and support services to the formerly homeless. Quigley said the award was the culmination of a 12-year journey that illustrated the resilience and creativity needed to produce affordable housing. “The end result is a project that supports a community, helping to lift the marginalized into a stable home,” he said.

Jurors said they were impressed by the LEED Platinum-certified project’s efficiency and affordability, as well as its features like the public facing exterior and public space for residents. It includes a micro-farm on site and drought-tolerant landscaping, and residents are provided with free transit passes.

Of course, having a good-looking building doesn’t solve the homeless problem or the difficulties people who were formerly homeless face. But it’s a step in the right direction in helping people overcome their fears about bringing these supportive projects and their residents into their neighborhoods.

“We believe that excellent design provides for healthy thriving communities who can take pride in where they live and provide benefits for health and the life cycle of our communities that far outweigh the costs,”  and First Communities Housing Executive Director Geoffrey Morgan.

And that’s worth even more than a design award.

STEPPING UP: Republic Urban Properties is a regular sponsor of the Catholic Charities Bocce Ball Tournament — an event that raises $150,000 annually for the nonprofit’s battle against poverty. Republic’s West Coast President Michael Van Every was chair of the event last year. This year, as we all know, is much different, and the bocce tournament was called off because of COVID-19.

So Republic stepped in to sponsor six drive-through food distribution sites for Catholic Charities of Santa Clara County throughout the month.

“I recognized the hole that was left from this important fundraiser,” Van Every said. “It’s easy to write a check to charities and say, ‘Do what you want with it.’ My thought was not only to fund the sites but also educate our previous bocce ball sponsors and help them understand the needs of our community members who depend on this food week in and week out.”