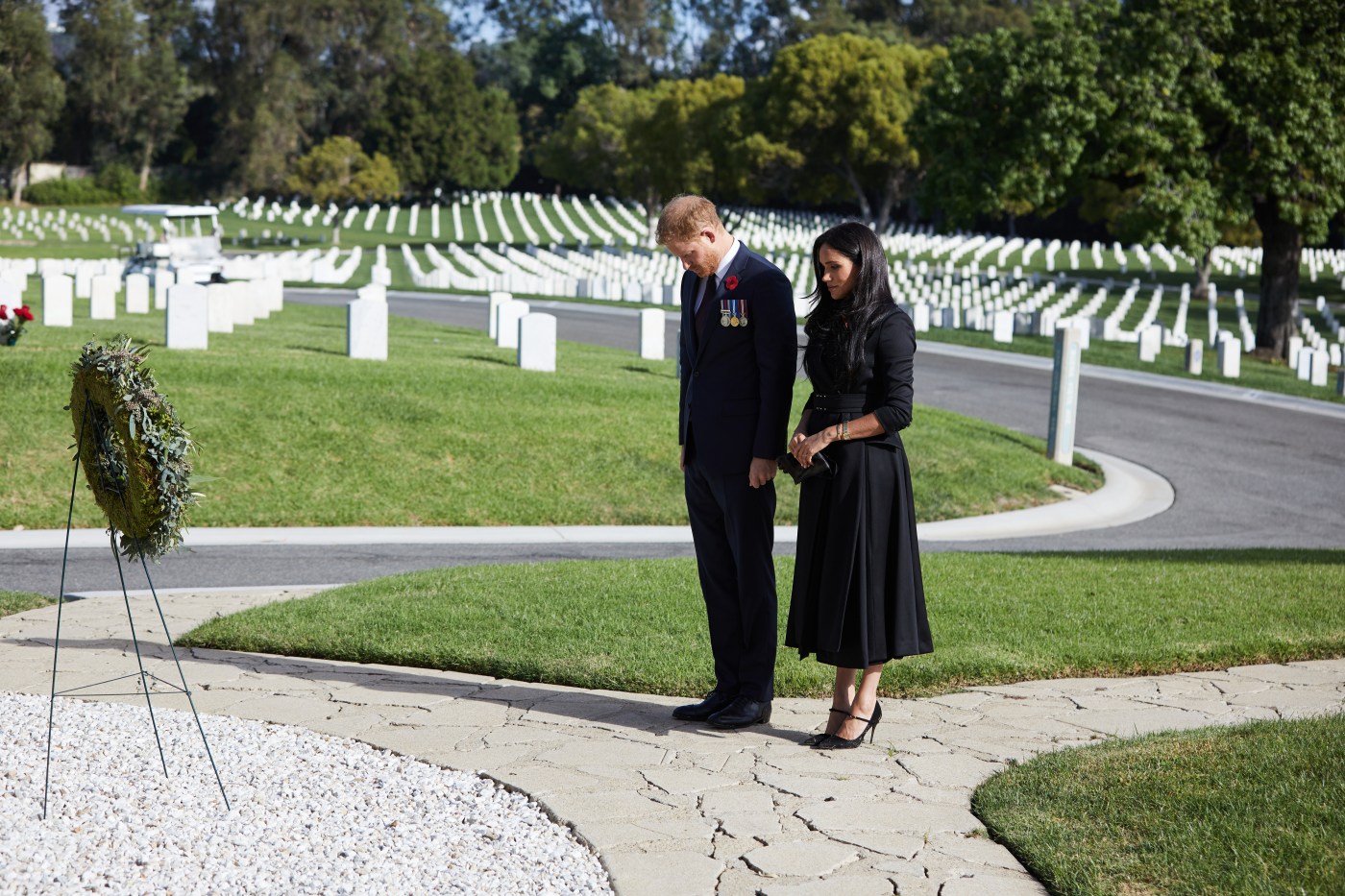 What’s the point of privately honoring soldiers who died while fighting for their countries if you don’t bring a celebrity photographer to document it?

Prince Harry and Meghan Markle apparently didn’t see the point, which is why they had a favorite fashion photographer, who has worked with Kanye West and Vogue, document what was otherwise billed as a personal visit Sunday. The couple, mirroring the actions of the Royal family in Britain, laid flowers and wreaths at the Los Angeles National Cemetery in honor of Remembrance Day, the U.K.’s version of Veteran’s Day, the Daily Mail reported.

Prince Harry and Meghan have marked #RemembranceSunday by visiting the Los Angeles National Cemetery today. The Duke and Duchess of Sussex wanted to “personally recognise” the day in their own way. pic.twitter.com/jFRr3RPbRv

The Duke and Duchess of Sussex then had their P.R. people release photos to the media, showing Meghan in an elegant black frock, and Harry wearing his military ribbons and a traditional red poppy, looking somber as they laid flowers at the gravesites of two commonwealth soldiers, one who had served in the Royal Australian Air Force and one from the Royal Canadian Artillery, the Daily Mail and other outlets reported.

The flowers came from the garden of the couple’s new estate in Montecito, People reported. Harry and Megan also placed a wreath at an obelisk in the cemetery that features a plaque that’s inscribed, “In Memory of the Men Who Offered Their Lives in Defense of Their Country.”

The couple’s decision to turn an occasion to honor the war dead into a photo-op sparked the usual round of outrage in the U.K., with Piers Morgan, one of their most outspoken critics, calling the photos “a distasteful P.R. stunt,” the Daily Beast reported. The accompanying backlash also appeared to reflect the depths of the couple’s feud with Harry’s family, commentators said.

Daily Beast writer Tom Sykes pointed out that Buckingham Palace courtiers probably started this latest row by denying Harry’s “personal request” to lay a wreath in his name at the Remembrance Day ceremony his family attended at London’s Cenotaph Memorial the same day. Courtiers denied the request on the grounds that he no longer represents the monarchy since he and Meghan officially stepped down from the royal duties in March, the Sunday Times reported.

Harry was said to be “deeply saddened” by the courtiers’ decision, the Daily Beast reported. People close to the duke also denied accusations that his cemetery visit was merely a publicity stunt, saying it actually was an honest attempt to show respect for the war dead, The Sun reported.

While Queen Elizabeth reportedly was out of the loop on the courtiers’ decision, Sykes wrote that it was widely interpreted as clear confirmation that Harry’s grandmother and his father, Prince Charles, feel he should have absolutely no ceremonial role within the family.