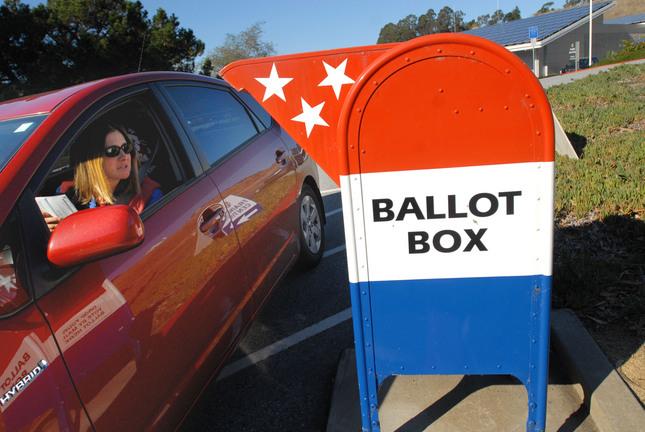 From Redwood City’s first council district race to an array of tax proposals pitched as critical for sustaining local government services, San Mateo County residents will have more on their plate Nov. 3 than just deciding who should lead the country.

Here’s a look at some of the notable county races and ballot measures that could shape the Peninsula’s immediate future.

They’re fighting for votes in a city that’s been hit disproportionately hard by the coronavirus pandemic, where many residents are low-income minorities who work essential jobs and are forced to live in crowded conditions because of the area’s expensive housing.

The incumbents are former longtime Ravenswood school board member Larry Moody and youth advocate Lisa Gauthier, who were both elected in 2012, and affordable housing advocate Carlos Romero, who has been on the council for 10 years. All three tout the council’s record of attracting job creating development and funding programs that help the city’s poorest.

For the first time, Redwood City residents will pick city council candidates by district instead of at large. The council ordered that switch after the city was threatened with a lawsuit in 2018 for perpetuating a citywide voting system blamed by civil rights advocates for diluting the votes of minority residents.

Voters will choose from among candidates representing four new geographical districts. Seats in the other three districts will be up in 2022.

In the race for District 3, which encompasses an area of the city south of downtown along Highway 101, Councilwoman Janet Borgens is being challenged by Lissette Espinoza-Garnica, a caregiver and teaching assistant, and Isabella Chu, chairwoman of the Friendly Acres Neighborhood Association.

Planning Commissioner Michael Smith apparently will become the District 4 council representative for the Redwood Junction neighborhood south of downtown because he was the only candidate.

In Menlo Park, only one of the two council district seats is being contested in a race that has focused on transportation, affordable housing and policing issues.

Wolosin has campaigned on building a …read more