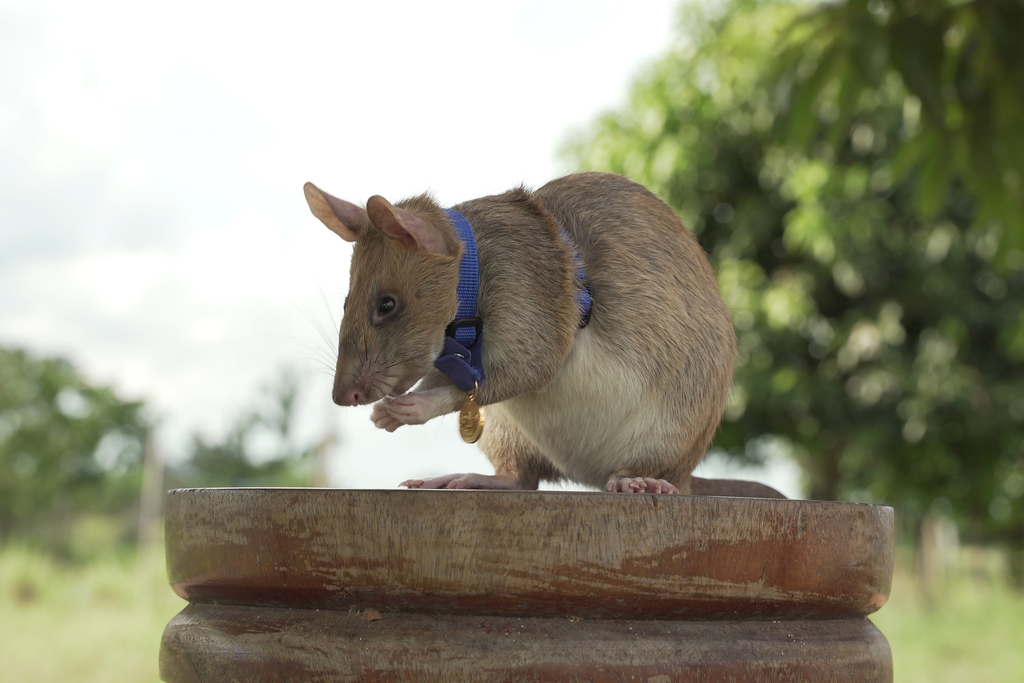 Magawa, the “hero rat” whose work sniffing out landmines in Cambodia won him a medal for life-saving bravery, has died at the age of 8.

The African giant pouched rat found more than 100 landmines and other explosives during his service, according to APOPO, the mine-clearing non-governmental organization that trained him.

His work saw him win a gold medal from the British veterinary charity the People’s Dispensary for Sick Animals in 2020.

Announcing the news on Tuesday, APOPO said: “It is with a heavy heart that we share the sad news that HeroRAT Magawa passed away peacefully this weekend. Magawa was in good health and spent most of last week playing with his usual enthusiasm, but towards the weekend he started to slow down, napping more and showing less interest in food in his last days. Magawa had recently celebrated his birthday in November, reaching the grand old age of 8.”

The tribute said that Magawa had left a “lasting legacy in the lives that he saved,” adding: “All of us at APOPO are feeling the loss of Magawa and we are grateful for the incredible work he’s done.”

Magawa, who retired last year, is APOPO’s most successful “hero rat” to date, the organization said.

“His contribution allows communities in Cambodia to live, work, and play; without fear of losing life or limb,” APOPO added.

He was born in November 2013 at Sokoine University of Agriculture in Tanzania, where he learned how to find explosives using his amazing sense of smell, APOPO said. Three years later he moved to Siem Reap in Cambodia, where he began his career.

APOPO trains the rats to detect the scent of the explosive chemicals used in landmines and point them out to their handlers.

Magawa’s work has helped the organization clear more than 225,000 square meters of land in Cambodia, where decades of conflict have left the landscape strewn with dangerous unexploded devices.