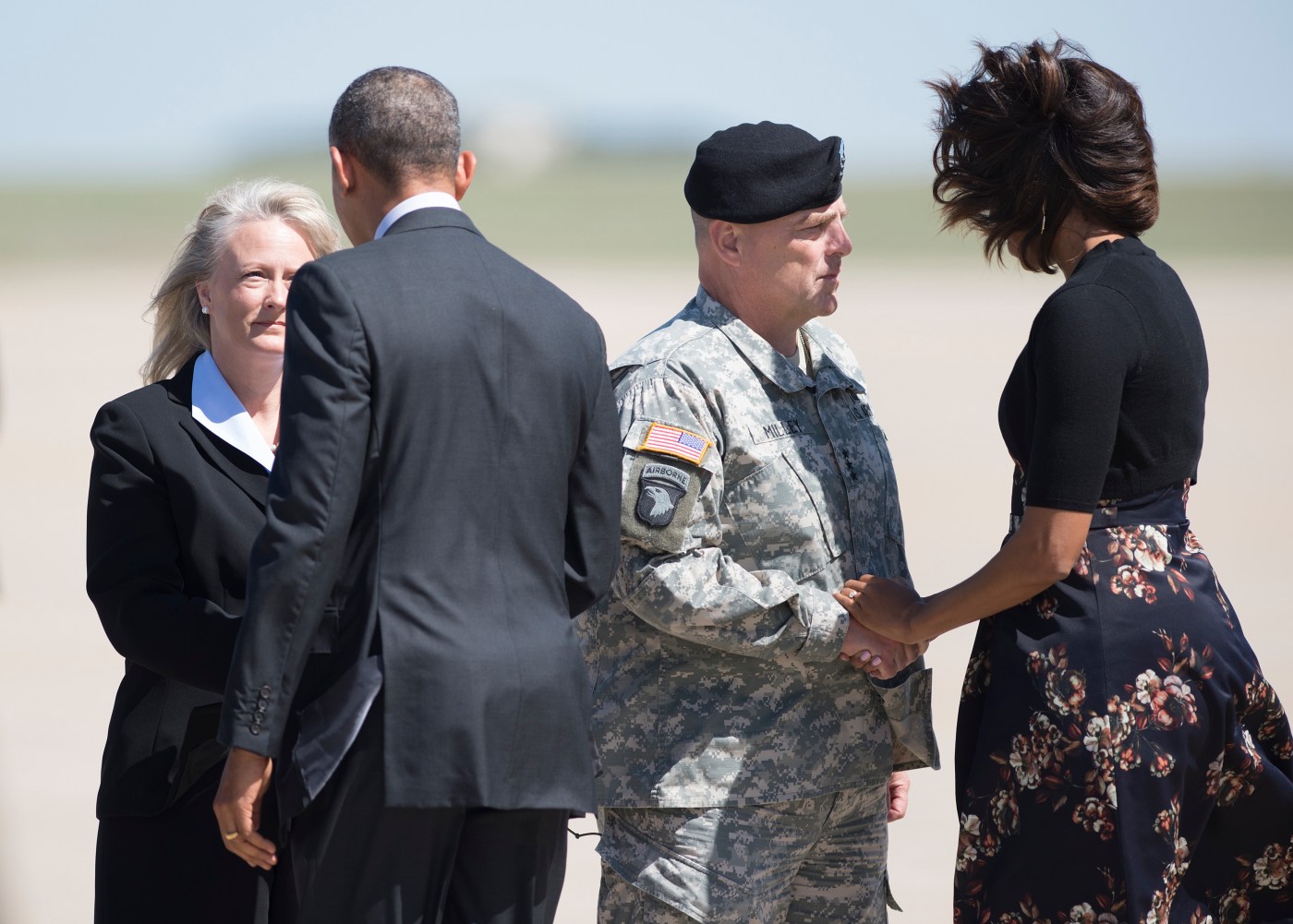 Hollyanne Milley, the wife of Joint Chiefs of Staff Chairman Mark Milley, came to the rescue during a Veterans Day ceremony, saving the life of a man who had collapsed during the event and stopped breathing.

Milley was standing behind her husband at the annual wreath laying ceremony held at Arlington National Cemetery to honor military veterans.

While waiting for President Donald Trump and Vice President Mike Pence to arrive, Milley heard a commotion behind her at the usually somber ceremony.

She turned to see that a man who’s a veteran had collapsed and now lay unconscious on the ground.

That’s when Milley, a nurse for 33 years, sprang into action.

“I immediately ran to see if I could help. There were just a few people around him. He was not responsive and couldn’t speak, and he had very labored breathing that was not actually moving air into his lungs,” Milley said in an account of the incident provided to CNN.

She directed someone to call 911 and checked on the man again, only to find he was longer breathing and she couldn’t feel his pulse.

“Then, he took a big spontaneous breath and a big groan on his own, and he started moving air. After a few breaths, he started coming around,” she recalled. The man was later taken to a nearby hospital.

Milley said the rescue was a “team effort” and encouraged others to learn CPR.

“Bystander intervention can save lives, and it did yesterday. It absolutely did,” she said.

The man, who prefers to remain anonymous, had told Milley he attended the ceremony to honor those who served and was “admiring the pageantry and the beautiful nature.”

“He is grateful that he will be here next year to honor those who served, and said, ‘Because a bystander knew CPR, that’s why I’ll be able to continue honoring our veterans for many years to come,’” according to Milley.

Milley’s husband said that her “actions were representative of the hero medical professionals who are always there when we need them.”

“She represents the strength and service of our military families,” Gen. Milley said in a statement.