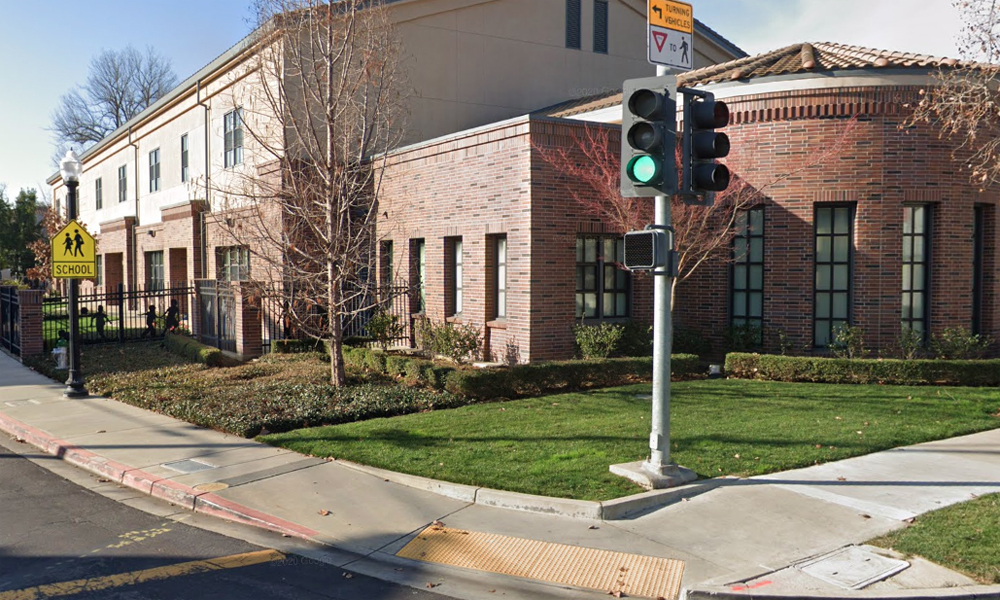 A Sacramento mother says her three children have been expelled from their Catholic school because of her sexy online photos.

Crystal Jackson has gone public with her claims, talking to Sacramento television stations about an email she said she and her husband received Sunday from the principal saying their boys are no longer allowed to attend Sacred Heart Parish School.

The school has not commented on her claims.

Jackson says other mothers at the school have been campaigning to get her children kicked out because of Jackson’s photos and videos on a sexually explicit website.

Her content on OnlyFans, where she uses a “hot mom” persona and the name Mrs. Poindexter, “started as marriage fun” about a year ago, she told KCRA. Now, she says, she and husband Chris bring in $150,000 a month from people who pay to see the photos.

The expulsions came after the British tabloid The Sun published an interview with her last week in which she talked of the recriminations from other parents.

According to KOVR, the principal’s email read in part: “Your apparent quest for high profile controversy in support of your adult website is in direct conflict with what we hope to impart to our students.”

Sacred Heart, in East Sacramento, has about 300 students in kindergarten through eighth grades. It charges around $7,500 a year in tuition, with discounts for parishioners. Chris Jackson told KCRA the couple was married 14 years ago at the church and had their sons baptized there.

The Jacksons say they are looking for another Catholic school for their children.

Poll: More Americans identify as LGBTQ than ever