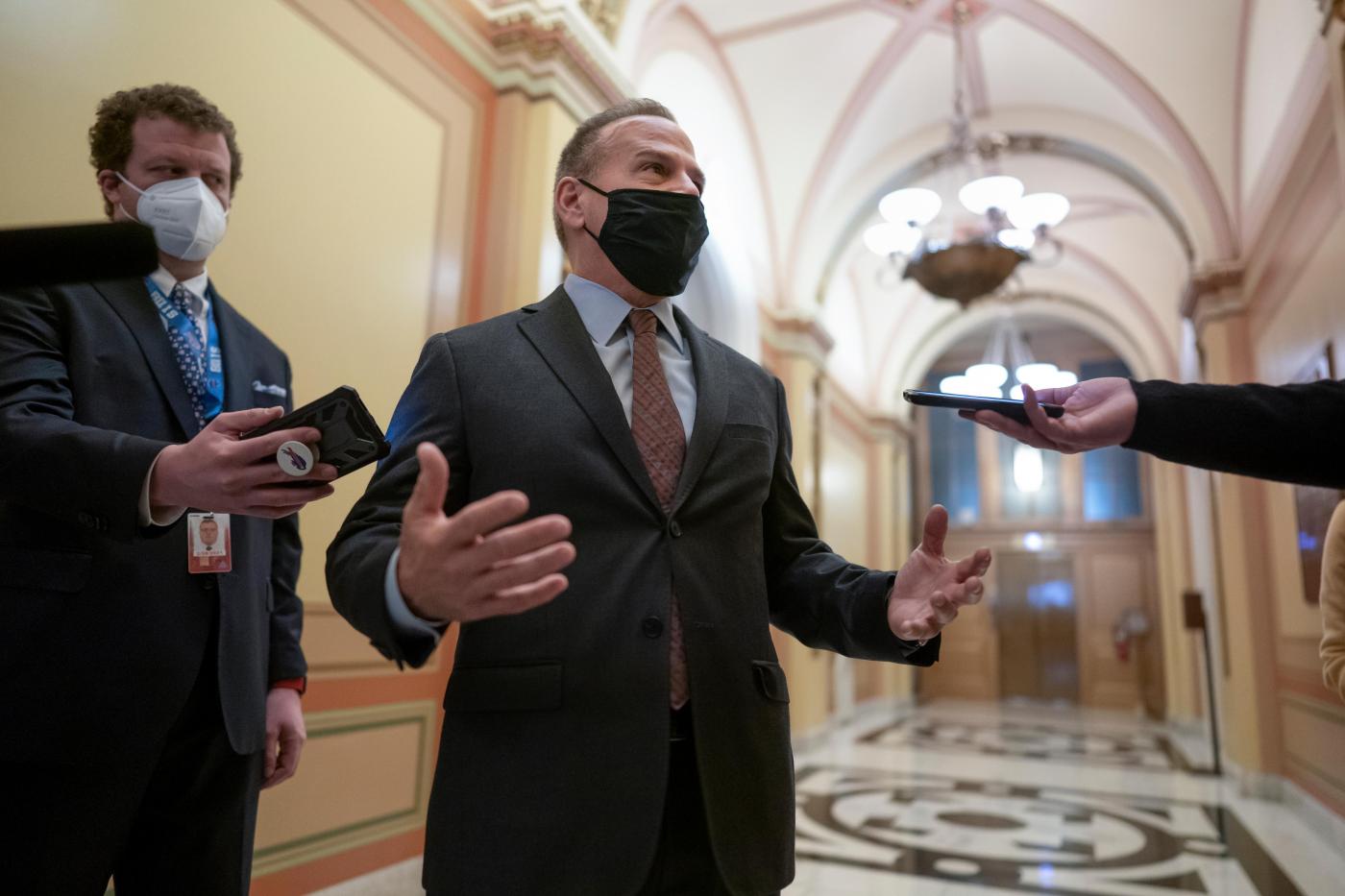 WASHINGTON (AP) — The U.S. House rushed ahead Tuesday toward impeaching President Donald Trump for the deadly Capitol attack, taking time only to try to persuade his vice president to push him out first. Trump showed no remorse, blaming impeachment itself for the “tremendous anger” in America.

Already scheduled to leave office next week, Trump is on the verge of becoming the only president in history to be twice impeached. His incendiary rhetoric at a rally ahead of the Capitol uprising is now in the impeachment charge against him — to be taken up Wednesday — even as the falsehoods he spread about election fraud are still being championed by some Republicans.

The House on Tuesday night approved a resolution urging Vice President Mike Pence to invoke the 25th Amendment to the Constitution to remove Trump with a Cabinet vote, although Pence had already said he would not do so. The resolution, passed 223-205 almost entirely along party lines, urged him to “declare what is obvious to a horrified Nation: That the President is unable to successfully discharge the duties and powers of his office.”

Hours before the vote Pence had said no. In a letter to House Speaker Nancy Pelosi, he said it would not be in the best interest of the nation and it was “time to unite our country as we prepare to inaugurate President-elect Joe Biden.”

Meanwhile, five Republican lawmakers, including third-ranking House GOP leader Liz Cheney of Wyoming, announced they would vote to impeach Trump on Wednesday, cleaving the Republican leadership, and the party itself.

The Latest: Chicago opens restaurants, some bars with limits

As lawmakers reconvened at the Capitol for the first time since the bloody siege, they were bracing for more violence ahead of Democrat Biden’s inauguration, Jan. 20.

“All of us have to do some soul searching,” said Democratic Rep. Jamie Raskin of Maryland, an author of both pieces of legislation, imploring other Republicans to join.

With Pence’s agreement to invoke the 25th Amendment ruled out, the House will move swiftly to impeachment on Wednesday.

Rep. Sylvia Garcia, D-Texas, argued that Trump must go because, as she said in Spanish, he’s “loco” – crazy.