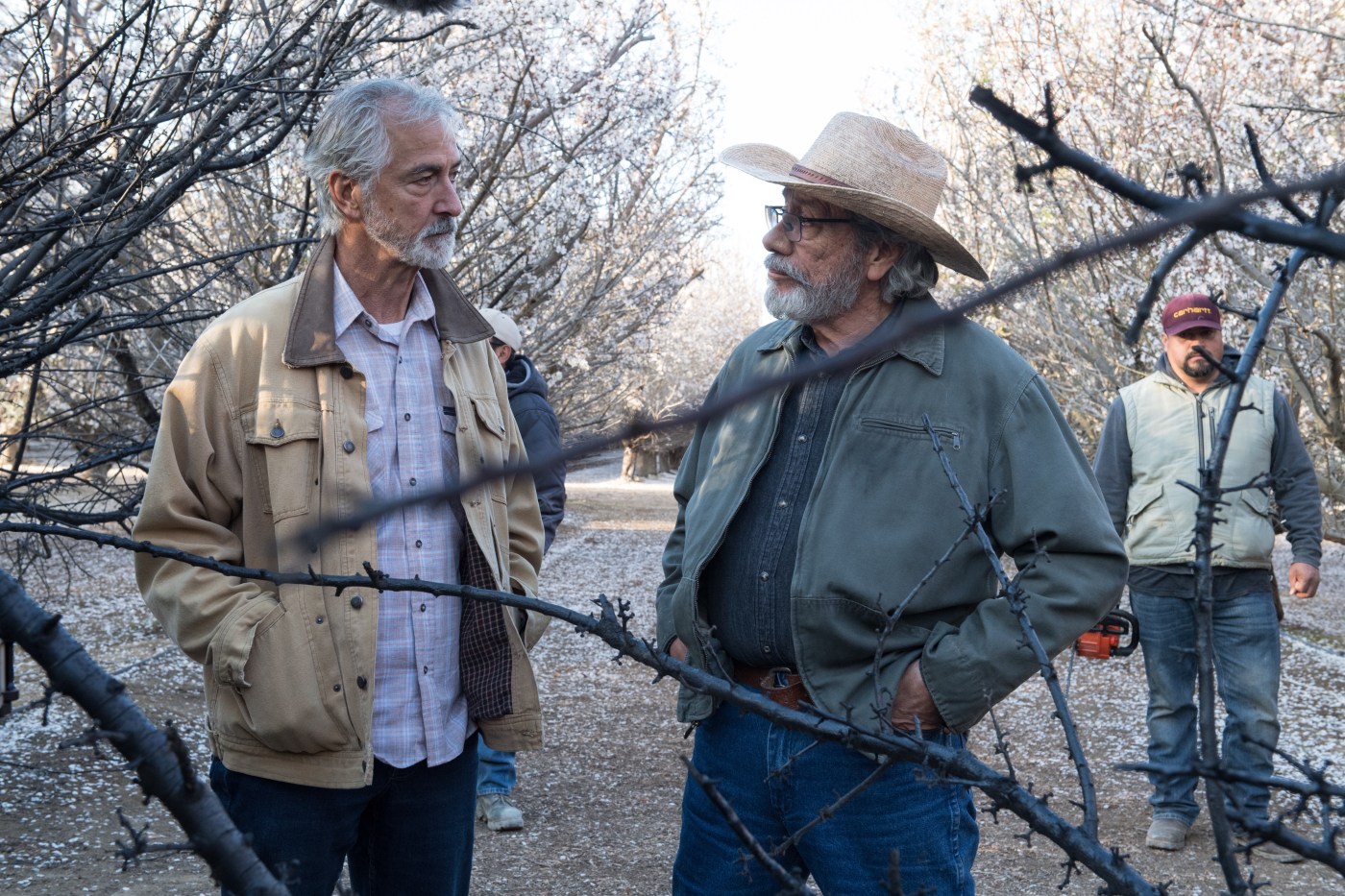 Edward James Olmos wasn’t looking for a job when he stopped by a friend’s film company one day, but when he was offered a screenplay the actor, out of politeness, agreed to look it over.

“I didn’t want to be, ‘Hey, man, send it to my agent; don’t do this to me here,’” Olmos says. “I didn’t want to pull one of those. So I read it. And I was very moved by the concept of the piece. It was very unusual, very different.”

Olmos called Robert McEveety, the writer-producer of “The Devil Has a Name,” told him he was interested, but having been around Hollywood for many decades, he had a question for him first.

“I said, ‘You have the money?’” he recalls asking and that McEveety said yes.

“So I said, ‘First of all, I’d like to know if I can direct,’” Olmos says. Again, the answer was affirmative.

“And the second thing: ‘Is this true?’” recalls Olmos. “Because I couldn’t believe it. I said, ‘How in the world could you get money for this?’”

“The Devil Has a Name” is based on the true-life story of an almond farmer in the San Joaquin Valley who discovers that his groves have been poisoned by runoff from an oil company. So he decides to take on the company despite the long odds against him. (Without spoiling any of the dramatic twists in the movie, the lawsuit that inspired the movie ended after 13 years of trials and appeals with a settlement that did not admit culpability for the environmental damage.)

And in the hands of Olmos — and a cast that includes David Strathairn, Kate Bosworth, Martin Sheen, and Haley Joel Osment — it’s a passionate and political but also darkly comedic environmental and legal thriller.

Olmos says the first actor he cast was Strathairn as almond grower Fred Stern. (The real farmer, Fred Starrh of Shafter, California, died last year at 89. Family members are producers and funders of the project.)

“I thought the vulnerability and the strength of this character was really in David’s wheelhouse,” he says. “And, whoo, man, [Strathairn] killed me when he got his Academy Award nomination for his performance (as Edward Murrow in “Goodnight, and Good Luck”).

“I sent him the script, and he got back to me and says, ‘When do you want to do this?’” says Olmos, himself an Oscar nominee for “Stand And Deliver.” “And then he goes, ‘You got the money?’ I said, ‘Yeah, that’s what I said, the same thing. We’re really going to to do this.’”

Strathairn says the story appealed to him from the start for a handful of reasons. He wanted to work with Olmos and Sheen, for one, but also the topic — one man against a company and the environment damaged through corporate greed and corruption — felt worthy.

“I wasn’t aware of this specific case the film deals with, but obviously familiar with these kind of things,” Strathairn says. “I thought this is an important …read more