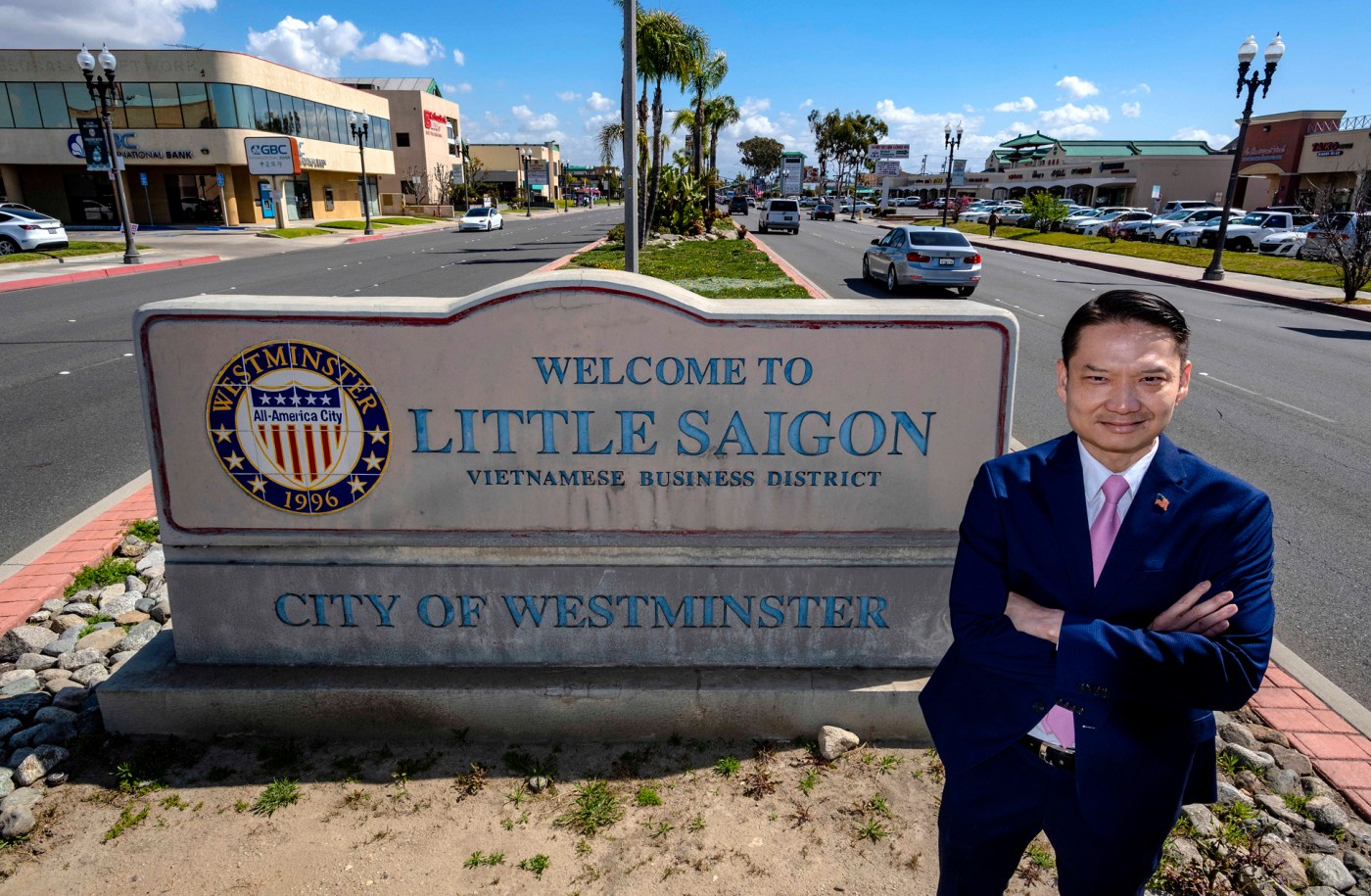 During a marathon city council meeting in the Orange County city of Westminster, the mayor was censured for allegedly making false statements about his colleagues in Vietnamese-language media.

The 3-2 vote in the meeting that started Wednesday night reprimanded Tri Ta for public statements concerning a dispute with three city council members.

Councilmember Tai Do charged that Ta and his council ally Chi Charlie Nguyen “manipulate the Vietnamese-speaking community” with “fake news,” meanwhile avoiding potential skeptics who don’t understand Vietnamese. About 40% of the city’s 90,000 residents are of Vietnamese descent.

Ta had given interviews in the City Hall parking lot while standing outside what he called his “mobile office” – an SUV with a desk inside. Do and fellow councilmembers Kimberly Ho and Carlos Manzo say the mayor accused them of forbidding him from using his own office in City Hall.

At issue was an October resolution that gave guidelines for interactions between city staff and elected officials. The council passed it amid allegations that Ta and Nguyen pressured staff members to sign off on projects they backed, including a proposal to sell off city land for a residential development.

Do, Ho and Manzo also asked that the mayor’s office be moved from City Hall to the Council Chambers building as a way to create physical distance between Ta and city employees. On Wednesday, the same three colleagues supported postponing plans for the office’s relocation until after the November election.

Nguyen, who himself was censured two weeks earlier, called the three liars. Do said Nguyen and Ta acted like “sociopaths.” Ta told him, “I feel sorry for people who voted for you.” And Manzo deemed the constant spats “disgusting.”

In another contentious agenda item, Do requested that meetings be translated into Vietnamese, in real time. That, he said, would battle the “fake news” he claims Ta, Nguyen and their supporters spread. But his colleagues rejected the idea, expressing concern it would be too expensive.

Interim City Manager Christine Cordon pointed out that hiring a translator would run up a lot of billable hours “considering our meetings are, like, half a day.”

In June, Westminster voters will get a chance to determine whether they want to continue to elect four council seats by district while electing the mayor at large, or if they will opt for five districts to select all five council slots. If voters go for the switch, Westminster’s mayor would be a ceremonial position picked by colleagues once a year — the same process used in most California cities its size.

Creating another question mark, Ta and Ho both said last week that they plan to run to represent California’s 70th Assembly District. The incumbent, Patrick O’Donnell, recently announced that he won’t run for reelection.

Ostensibly, Ta could also run for reelection as mayor if that position remains at large, and if he loses his attempt at …read more

Marvel Studios & Disney+ | SUPER BOWL 2021 | Promo
Think COVID is becoming like the flu? Here’s how much worse it still is
SHARES
ShareTweet