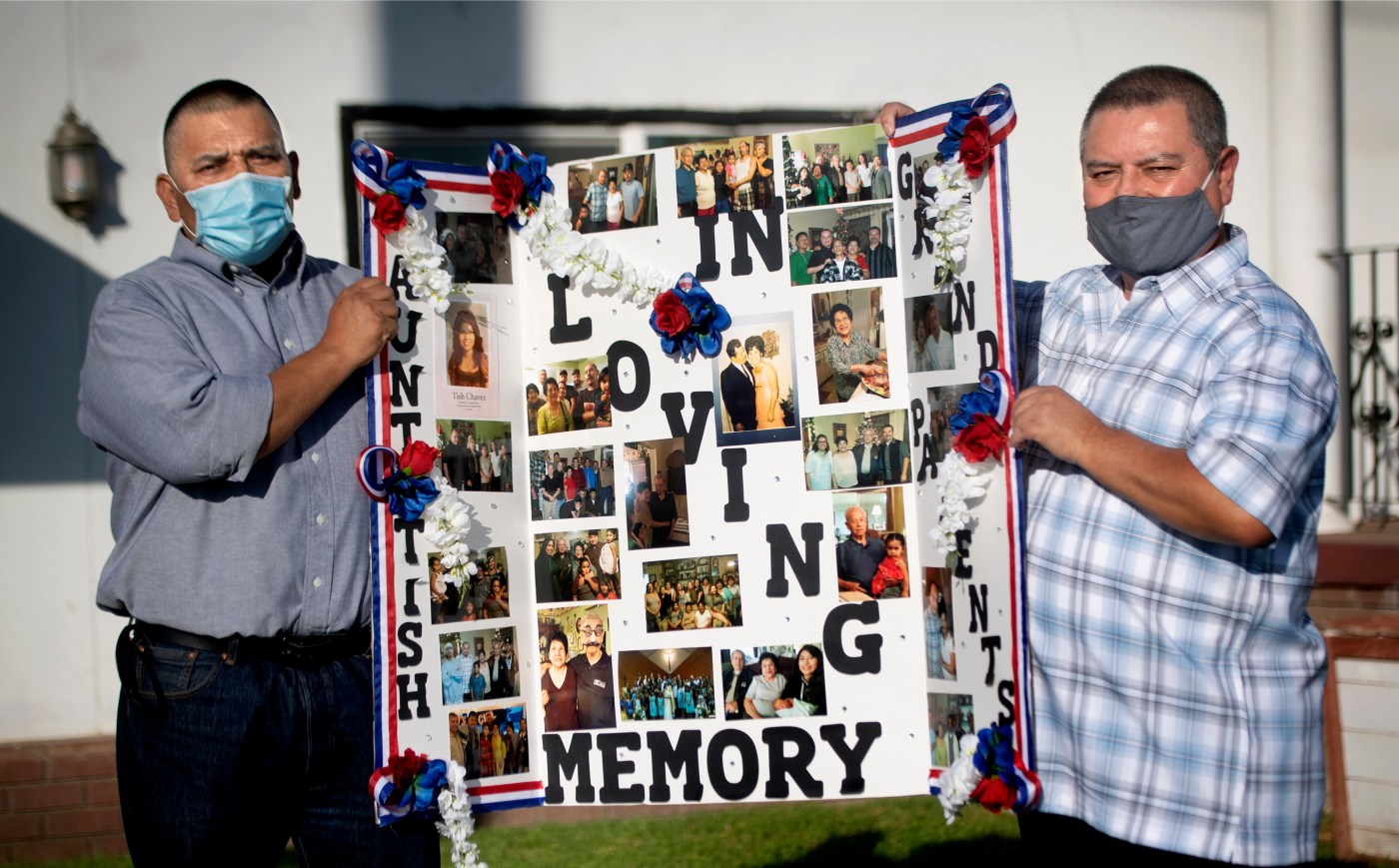 Before this week ends, John Carrillo will have buried three members of his family.

As he mourns the loss of more than half of his family, all of whom died within days of each other, the 62-year-old Carrillo repeats a melancholy refrain: “They are not numbers, they’re people.”

Carrillo, a Grand Terrace resident, said his younger brother, 58, contracted the virus at his warehouse job in Los Angeles County back in mid-August. But he lived with his nonagenarian parents in their Jurupa Valley home.

“As soon as he started experiencing symptoms and learned he’d been exposed to the virus at work, my brother quarantined himself and stayed away from my parents,” Carrillo said.

Gone within days of each other

But it was too late. By the end of August, his father began to experience symptoms. On Aug. 26, his sister took their father shopping. By the end of the trip, neither was feeling well. Both were coughing.

His father was hospitalized Aug. 29, and two days later, on Aug. 31, his mother followed. Both ended up in the intensive care unit. When nurses realized they were husband and wife, they put their beds side by side, which was a blessing, Carrillo said.

Just as he was dealing with his parents being hospitalized, Carrillo got word that his sister has been taken to a different hospital in Riverside County with COVID-19 symptoms.

Within a few days, Carrillo said, three of his family members were all seriously ill and hooked up to ventilators. He stopped going in to his job at the Riverside County District Attorney’s Office, where he has been a member of the support staff for the last 21 years.

His younger brother recovered from his illness, but was weakened after experiencing severe symptoms and losing 30 pounds in a matter of days, Carrillo said.

“My parents had each other, but my sister was isolated because they wouldn’t let us see her,” he said, breaking down.

Carrillo said that although his parents were elderly, they had no other health issues. His sister took medication for diabetes, he said.

His father was the first to pass away on Sept. 15. His mother never got off the ventilator. Her kidneys failed. Meanwhile, his sister’s condition worsened and she died Sept. 23. Their mother died Sept. 24.

Carrillo buried his parents Wednesday, Oct. 14. His sister will be buried Friday.

“I’m still processing it,” he said. “My brother is dealing with the guilt that he brought the virus home. And I feel bad because I couldn’t help more. We’re both struggling, a lot.”

But, Carrillo said he hurts for his sister the most.

“She was our leader, our family’s …read more