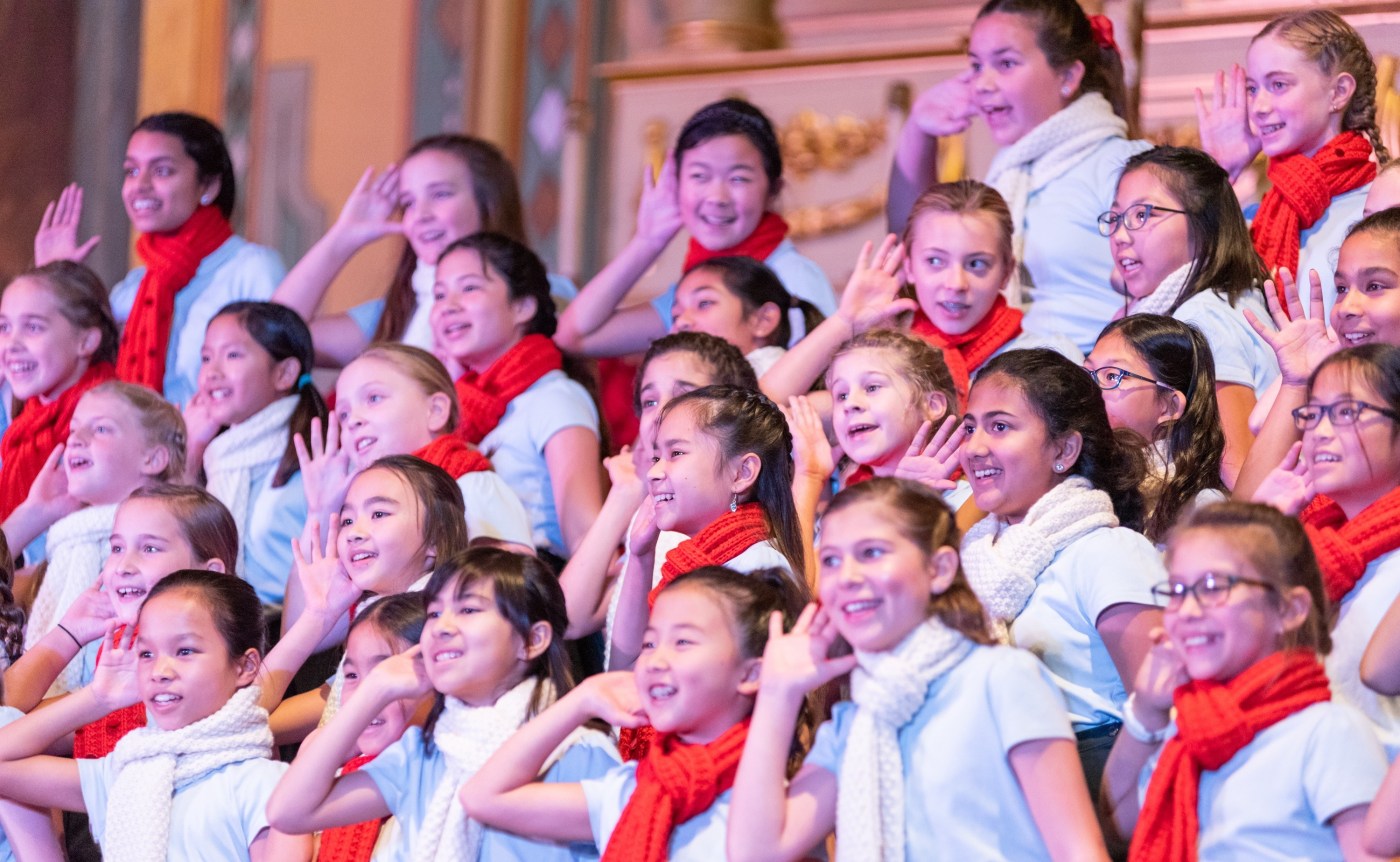 Understanding of the threat posed by COVID-19 has evolved throughout the pandemic, but one of the cruelest blows came early, when the CDC identified a March 10 choir practice in Mount Vernon, Washington, as a superspreader event.

Suddenly an act that has unified, uplifted and transported communities for countless centuries became unthinkably dangerous. For the young women in iSing Silicon Valley, the resulting ban on in-person rehearsals and performances didn’t just scatter a close-knit circle. It closed the curtain on an eagerly anticipated season just as the award-winning all-girl choir was preparing to celebrate the release of its first album.

Delivered over the summer without the series of planned concerts, “Here I Stand” (Innova Recordings) is a striking achievement by a group that has quickly earned international renown. Recorded at Skywalker Sound, the project includes specially commissioned works by Adam Schoenberg, Daniel Elder, PinkZebra, and Menlo School choir director Karen Linford, whose stirring setting for a speech by Nobel Peace Prize recipient Malala Yousafzai provided the album’s title).

As artistic director and co-founder of iSing, Jennah Delp Somers has set a series of daunting goals to elevate the ensemble’s performances.

Invited to partake in the 8th International Robert Schumann Choral Competition in 2018, the group wasn’t interested in a participation trophy.

“I had this attitude like a football coach,” Somers said. “If we’re going, we’re going to win. I never talked about losing. The girls were really keen to sharpen all their skills, and bonded like a sports team in our pursuit of excellence. I’ve never experienced anything like it.”

Thrust into spotlight of California’s crusade against cash bail, Kenneth Humphrey hopes to be an example

She was buzzing from the victory when she got back to the South Bay and met Joyce Keil, artistic director and co-founder of the acclaimed Redwood City-based boys’ chorus Ragazzi, for a celebratory lunch. Keil advised her to seize the moment and get iSing in the studio. “She said, ‘You should do it at Skywalker with this budget and talk to these people,’” Somers recalled. “She directed me on that path. I feel so fortunate to have a mentor like that.”

After the herculean preparation for the Robert Schumann Choral Competition the choir members dug in again to refine their craft and sharpen their skills. “When you’re recording as an amateur ensemble you’re searching for a level of perfection you never reach for in a concert situation, shaping every phrase,” Somers said.

The goal wasn’t just to capture iSing attaining a new level of artistry. Somers wanted a vehicle to introduce the ensemble to the wider community. The majority of iSing concerts feature the high school students, but the program starts with first graders and, before the pandemic, it encompassed more than 200 girls.

“We’ve got a lot of support from the parents’ community and our concerts sell out with immediate friends and family,” Somers said. “We don’t have a big following outside of our immediate circle, but winning in Germany helped put the group in a new perspective. We’re a …read more