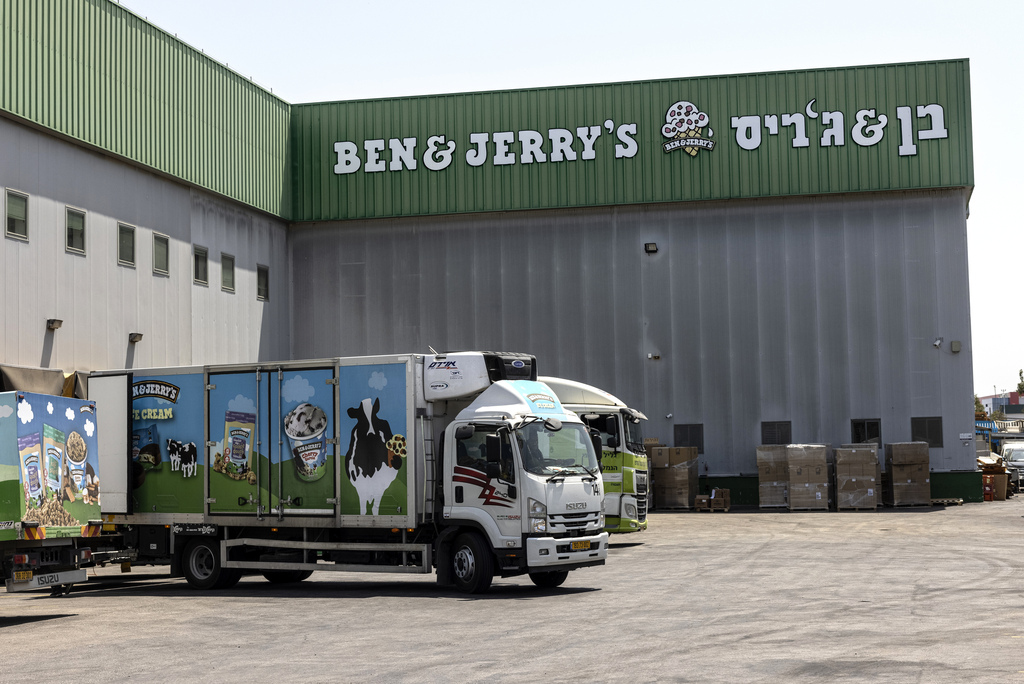 JERUSALEM — Israel’s prime minister vowed Tuesday to “act aggressively” against the decision by Ben & Jerry’s to stop selling its ice cream in Israeli-occupied territories, as the country’s ambassador to the U.S. urged dozens of state governors to punish the company under anti-boycott laws.

The strong reaction reflected concerns in Israel that the ice cream maker’s decision could lead other companies to follow suit. It also appeared to set the stage for a protracted public relations and legal battle.

Prime Minister Naftali Bennett’s office said he spoke with Alan Jope, chief executive of Ben & Jerry’s parent company Unilever, and raised concern about what he called a “clearly anti-Israel step.” He said the move would have “serious consequences, legal and otherwise,” and Israel “will act aggressively against all boycott actions directed against its citizens.”

In Washington, State Department spokesman Ned Price declined to comment directly on the company’s decision. But he said the U.S. rejects the boycott movement against Israel, saying it “unfairly singles out” the country.

In Monday’s announcement, Ben & Jerry’s said it would stop selling ice cream in the occupied West Bank and contested east Jerusalem. The company, known for its social activism, said such sales were “inconsistent with our values.”

The statement was one of the strongest rebukes by a high-profile company of Israel’s settlement policies in the West Bank and east Jerusalem, which it has controlled for more than a half-century after capturing them in the 1967 Mideast war.

The Palestinians, with broad international support, claim both areas as parts of a future independent state. Israeli settlements, now home to some 700,000 Israelis, are widely seen as illegal and obstacles to peace.

Israel annexed east Jerusalem after the 1967 war and considers the entire city its undivided capital, though the annexation is not internationally recognized. It says the West Bank is disputed territory and says its final status should be resolved in negotiations. The international community, however, widely considers both areas to be occupied territory.

In its statement, Ben & Jerry’s said it had informed its longtime Israeli partner that it will not renew its license agreement when it expires at the end of 2022.

While noting it would not serve Israeli-occupied areas, it said it would continue to provide ice cream in Israel “through a different arrangement.” A number of companies, most notably beverage company SodaStream, have closed factories in the occupied West Bank but few have targeted Israeli consumers living there.

It remains unclear how Ben & Jerry’s plans to do that. Israeli supermarket chains, a primary distribution channel for the cleverly named flavors of ice cream, operate in the settlements, and under Israeli law, people or companies that boycott the settlements can be sued.

On the global stage, Israel does not differentiate between settlements and the rest of the country. When home-rental company Airbnb announced in 2018 that it would no longer list properties in West Bank settlements, Israel harshly condemned the move as part of a broader Palestinian-led boycott movement against Israel.