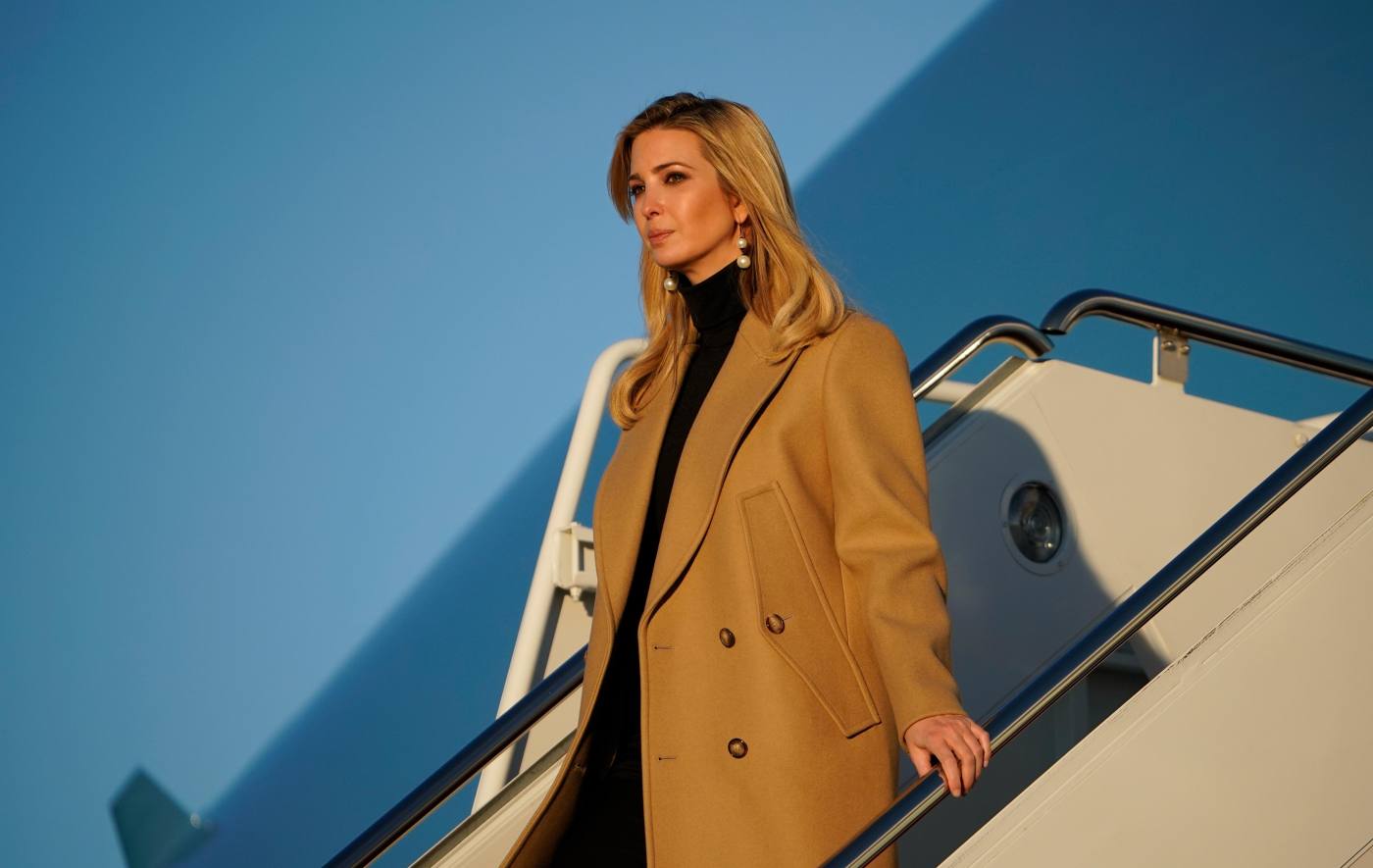 Ivanka Trump is among a growing number of President Trump’s close advisers who want nothing to do with his legal efforts to subvert the results of the Nov. 3 election, according to a new report.

These advisers may publicly act as though they believe Trump and his personal lawyer Rudy Giuliani can pull some kind of courtroom miracle to prove widely debunked claims of election fraud, Axios reported.

“But talk to them privately, and many say Rudy Giuliani and his team are on a dead-end path,” Axios writers Jonathan Swan and Alayna Treene said.

“Even Jared and Ivanka think this is going nowhere,” Swan and Treene said, citing people who have spoken to Trump’s daughter and son-in-law, Jared Kushner.

According to Axios, Trump’s close aides, who include Ivanka Trump, are averse to getting anywhere near Giuliani and his planned courtroom drama.

“Most hardcore Trump sources have psychologically bailed, and are just waiting out the storm,” Axios said.

Meanwhile, Ivanka Trump is facing the possibility of some courtroom drama of her own.

A bombshell New York Times report Thursday described how Ivanka Trump could be enmeshed in two separate fraud investigations by the New York attorney general and the Manhattan district attorney’s office. The investigations are looking into the president’s business dealings as head of the Trump Organization. Ivanka Trump was a vice president in her father’s company before she joined his White House in 2017.

The investigation by Attorney General Letitia James is civil, while the probe by District Attorney Cyrus Vance Jr.’s office is criminal. Both offices have issued subpoenas to the Trump Organization in recent weeks for records related to millions of dollars in tax deductions, the Times said.

While there is no indication that Ivanka Trump is the focus of either inquiry, she denounced the investigations on Twitter as politically motivated “harassment pure and simple.”

“This ‘inquiry’ by NYC democrats is 100% motivated by politics, publicity and rage. They know very well that there’s nothing here and that there was no tax benefit whatsoever. These politicians are simply ruthless,” Ivanka Trump claimed.

This is harassment pure and simple. This ‘inquiry’ by NYC democrats is 100% motivated by politics, publicity and rage. They know very well that there’s nothing here and that there was no tax benefit whatsoever. These politicians are simply ruthless.https://t.co/4dQoDzQlRX

The records requests followed recent reporting in The Times, which are based partly on two decades’ worth of Trump’s tax filings. The filings show that the president reduced his company’s income tax liability over several years by deducting $26 million in consulting fees as a business expense. Those fees were paid to unidentified consultants on numerous projects between 2010 and 2018.

Records suggest that $747,622 of those fees were paid to Ivanka Trump through a company she co-owned when she was also a Trump Organization executive, the New York Times reported.

On a 2017 disclosure she filed when joining the White House as a senior presidential adviser, she reported receiving payments …read more