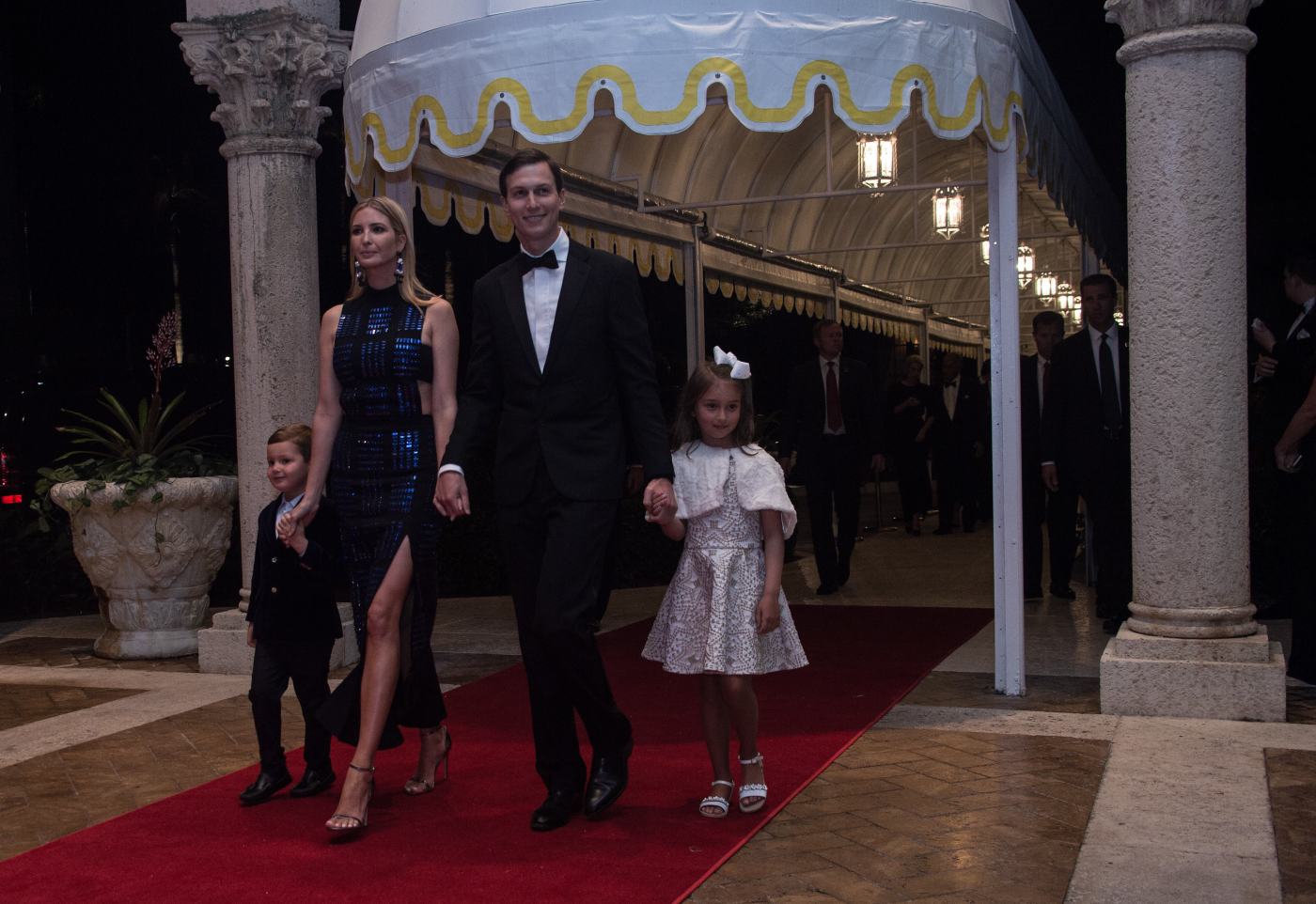 Five days after a deadly insurrection at the U.S. Capitol, blamed on President Trump’s rhetoric, his daughter and White House senior adviser, Ivanka, showcased her children in a warm and cozy Instagram post wishing her husband, Jared Kushner, a happy birthday.

“Happy 40th Birthday my love!” Ivanka Trump captioned the photo she posted Monday. It shows a casually dressed Jared Kushner, standing at a table with their three children, Araballa, 9, Joseph, 7, and Thedore, 4. In the foreground is a deliberately messy-looking birthday cake.

The image radiates happy, family calm, standing in stark contrast to another reality, that Ivanka Trump participated in one of the darkest days in recent U.S. history.

It is Ivanka Trump’s first Instagram post since Jan. 6, when hundreds of Trump supporters stormed the Capitol to stop congress from voting to certify Joe Biden’s election victory. The event has been variously called “a coup” and “treason.” At least five people died as a result, including a police officer.

Ivanka Trump’s post comes as the president and the rest of her family, particularly her brothers, Donald Trump Jr. and Eric Trump, and Trump Jr.’s girlfriend, Kimberly Guilfoyle, face furious fallout for their actions before and during the siege. Investigations are underway to identify the perpetrators of the violence and the events leading up to it.

Democrats have introduced an article of impeachment that accuses Trump of inciting the violence and will move forward with impeachment unless Vice President Mike Pence invokes the 25th Amendment to remove Trump from office.

Ivanka Trump has become a particular focus of wrath for her actions on Jan. 6.

Just before the “Save America” rally that preceded the siege, a video shows Ivanka Trump with other Trump family members in a white tent, before her siblings and father went out to make speeches to fire up the crowd, urging them to “fight for Trump” and “march on the Capitol.”

After the riot broke out, Ivanka Trump fielded a call from Sen. Lindsay Graham about the dire situation in the building, during which rioters attacked police, looted congressional offices and even chanted for Pence to be hanged, the Washington Post reported.

She rushed to the White House to join other aides in imploring Trump to speak out against the violence, but, according to the Washington Post, he was too busy “watching fiery TV images of the crisis unfolding around them to act or even bother to hear their pleas.” She also issued a tweet calling for her father’s supporters to stand down, but she provoked immediate backlash by addressing the mob as “American Patriots.”

Ivanka Trump’s happy family post may be part of her talent for “compartmentalizing,” as Emily Fox, a Vanity Fair writer and Ivanka Trump biographer, has written. Or the post may be part of an effort to salvage what a White House “insider” told the Daily Mail is a “promising political career” that is “in jeopardy.” She is “doing what …read more