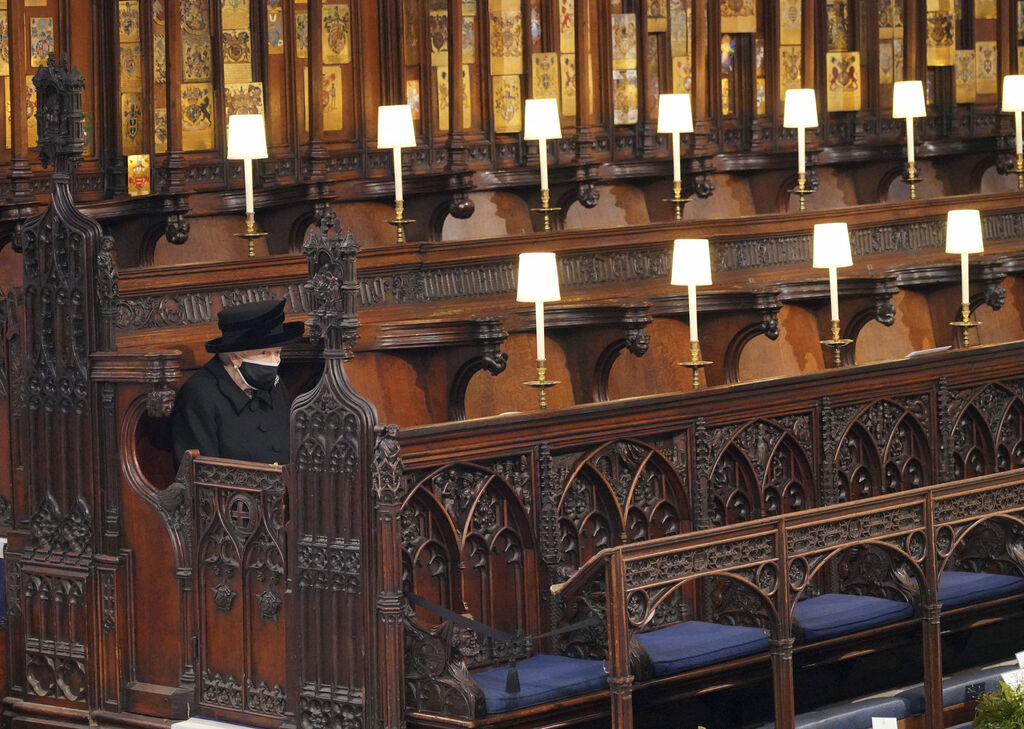 LONDON — Boris Johnson’s office apologized to the royal family on Friday for holding staff parties in Downing Street on the eve of Prince Philip’s funeral last year — the latest in a catalogue of allegedly lockdown-breaching gatherings that are threatening to topple the British prime minister.

Farewell parties for Johnson’s departing spin doctor and another staffer, complete with late-night drinking and dancing, took place on April 16, 2021, the night before Queen Elizabeth II sat alone at her husband’s funeral because of social distancing rules in place to slow the spread of the coronavirus.

“It’s deeply regrettable that this took place at a time of national mourning and No. 10 has apologized to the palace,” he said, using a term for the prime minister’s 10 Downing St. office.

Johnson’s former communications director James Slack — who is now deputy editor-in-chief of tabloid newspaper The Sun — apologized “unreservedly” for the “anger and hurt” caused by his farewell party.

Johnson’s office said the prime minister wasn’t in Downing Street, where he both lives and works, on April 16, and had been unaware any gatherings were planned.

But each new revelation about social events inside the prime minister’s office while most in the the U.K. were enduring lockdowns has weakened his hold on power and strengthened calls for him to resign. A scandal that began weeks ago with a report of a December 2020 Christmas party has grown to about a dozen alleged social events in 10 Downing Street and other government buildings.

Own a home in Spain

The former head of the government’s COVID-19 task force, Kate Josephs, apologized on Friday for holding a drinks gathering in her office in December 2020. The Daily Mirror reported that Johnson encouraged his office staff to “let off steam” at regular after-work “wine time Fridays.” The paper said staff had a wine fridge delivered to Downing Street to hold supplies for the gatherings.

So far none of the alleged parties have been denied by Johnson’s office.

The prime minister is not alleged to have attended many of the soirees. But earlier this week, Johnson apologized for going to a Downing Street garden party in May 2020, when the U.K. was under strict lockdown and people were banned by law from meeting more than one person outside their households. Millions were cut off from family and friends, and even barred from visiting dying relatives in hospitals.

Most indoor social gatherings were also banned in April 2021, and funerals were limited to 30 people.

The symbolism of the April parties’ timing has appalled many in Britain. The Daily Telegraph, which broke the news, said Downing Street staff drank, danced and socialized late into the night, and that at one point an employee was dispatched with a suitcase to a nearby supermarket to buy more booze. The next day, the widowed queen sat alone in a church at Windsor Castle to say goodbye to her husband of 73 years.